Nokia N86 next firmware to include Face Detection

Exclusive: as shown in the screenshots below, the next firmware for the Nokia N86 8MP includes a 'Face Detection' option, a feature not seen in a Nokia-branded camera phone before. With this, as you may have seen on some consumer Samsung phones, the Camera application can scan for human faces and will automatically focus on any that it finds. Also present in the next firmware will be significant photo quality improvements (less artefacts, better colours, also demonstrated below), a new Ovi Store client and, hopefully, a mountain of stability fixes - the N86 8MP v11 firmware is reckoned by some to be not fit for heavy use. [Updated with extra info and new screenshots] 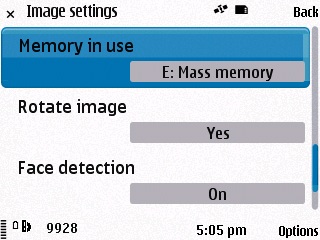 The systen will detect multiple faces and show all detected faces in the scene. The one it regards as priority (generally the closest) is highlighted differently to the others. This is done simply by framing the scene, no need to press the capture key to see this. 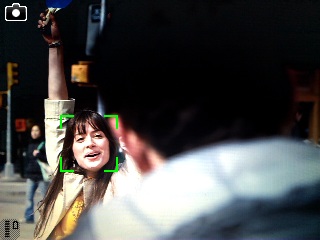 (Impressive detection around a nearby obstacle!)

When you press halfway it will then confirm focus and the face it has used for AF. Sharpness in front/behind this face will depend on shooting distance and aperture - in other words, on depth of field. When faces are not detected, the regular focus area 'corners' have been completely removed. If no faces are detected and you press halfway it will focus and then confirm focus using one of nine areas/boxes in the viewfinder - which one it uses is based on various algorithms, but generally closest object is used here. In close-up mode, the closest object is prioritised even higher.

Here are extreme blow-ups from the same scene, one taken with v11 firmware (left) and one with the new firmware (v12? v20?, right). Note the improvement in colours (the wood really is painted green, apparently!) and the reduction in compression artefacts. Overall file size is also smaller for each image. 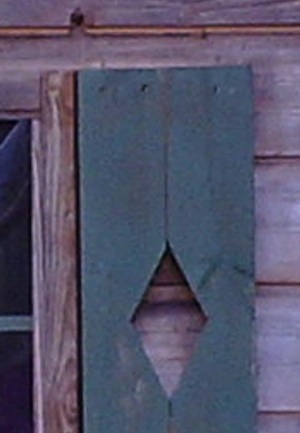 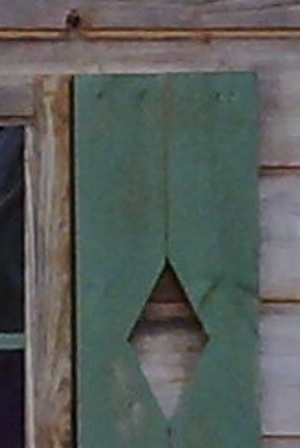