If the Nokia World presentation on lifecasting caught your eye, then you should head over the the Nokia Beta Labs where an early version of this N97 widget is now available. It will allow you to share your current location via Facebook, and allow your friends to see where you are, as well as any pictures or status messages that you upload. It might be a small idea, but it looks well implemented and easy to use. 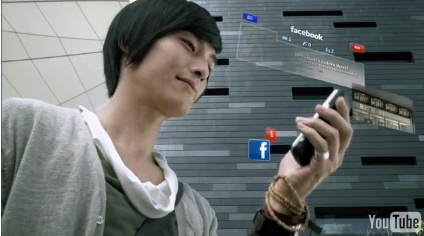 It's still very early days for this service, so we at All About Symbian are expecting to see a lot more added to this widget. At the moment it requires Facebook use, and there are a number of other services out there that I'd personally like to update before Facebook. So this is one to watch with interest - but it's nice to have a service announced in a Nokia keynote and have it available for immediate download.

But if Nokia could make that Minority Report float in the air window interface work in real life, I'd go for that...

More at the Nokia Beta Labspage for Lifecasting.