Our original E6 gallery featured the white variant of Nokia's latest slab keyboard device, but this gallery features the black version, reckoned by many to be more usable because of the increased keyboard legend contrast in all light conditions. It's also, in my eyes, more beautiful! Note that this gallery has been shot entirely on the Nokia N8, an experiment in how Nokia's leading cameraphone can be used for detailed macro shots.

You can read our extensive review of the Nokia over four parts: part 1 (hardware), part 2 (software), part 3 (enterprise credentials, Rafe's verdict) and part 4 (multimedia, Steve's verdict). We also published an earlier gallery featuring the white variant of the Nokia E6.

The device in these pictures is a retail version of the black variant Nokia E6-00. 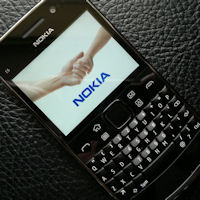 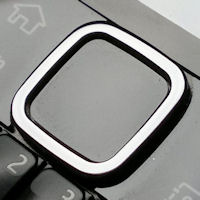 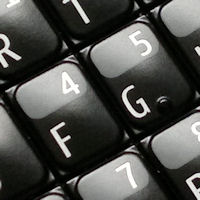 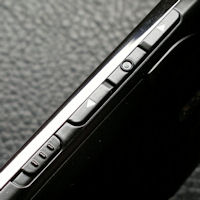 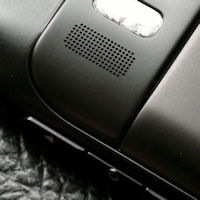 Speaker grille - seems the same underlying speaker as on the E7 and C7 - and on enough of a curve in the case that it's unlikely to be dampened by putting the phone down on a surface. 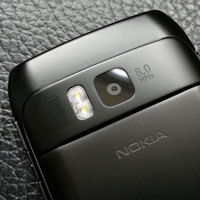 Nokia E6 from the back, showing the slight camera 'island'. 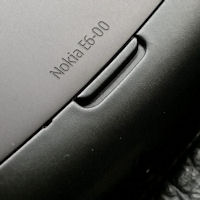 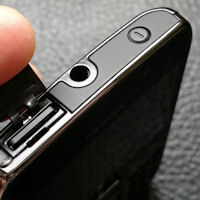 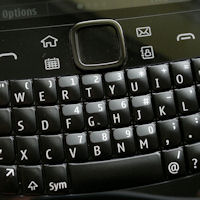 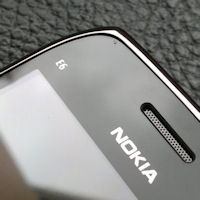 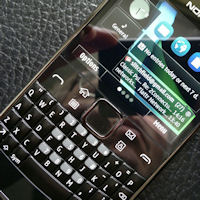 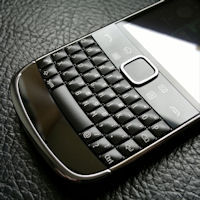 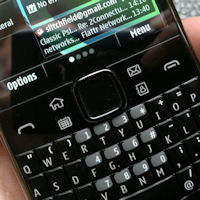 The Nokia E6 in hand. 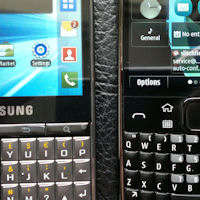 Nokia E6 versus Samsung Galaxy Pro (front) - the latter is shorter but wider. 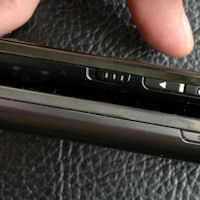 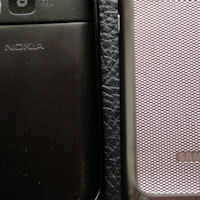