The story behind the Moto Z8

Rafe looks at the story behind the Moto Z8 and the future of Motorola software platform strategy.

The Z8 is the first Symbian phone from Motorola since the A1010 (later the M1000 in Japan), which was announced at 3GSM in 2005. In the following period it was widely assumed that Motorola had abandoned the Symbian platform for use in future phones in favour of Windows Mobile and its own Linux platform. This strategy had previously been signposted by the sale of its Symbian shareholding in 2003 which suggested that Motorola was looking to get into different areas for its software platforms. The assumption was, correctly, that Motorola would create its own software platform based on Linux.

Over the course of 2005 and 2006, Nokia continued to establish its dominance in the high end smartphone category with its portfolio of S60 products and the S60 software platform. Motorola by contrast failed to make significant advances in the same area, though this was largely unnoticed thanks to the runaway success of the style-led RAZR series.

As the second biggest mobile phone manufacturer, it was clear that Motorola was not going to take this lying down. The questions was – how would it respond? Motorola stressed that its Linux/Java platform was the way forward, but was also experimenting with Windows Mobile in order to serve specific market segments. However this strategy was not as successful as had been hoped and the Linux/Java platform was taking longer to reach maturity than had been originally envisioned. The Windows Mobile products faced stiff competition from Palm and RIM (and later Nokia’s Eseries). There were some limited device success stories in the US and Asia, with the Q and Ming respectively, but very little headway was made in Europe.

Picking up the Sendo team

It was around this period that early smartphone pioneer Sendo went into receivership. Sendo had a rather mixed history. Notable was the dramatic falling out with Microsoft and the subsequent change from Windows Mobile to S60 for its software platform. The cost involved in this and higher than expected smartphone development costs, together with average sales, was what bought Sendo down. However Sendo had a host of talented engineers with expertise in smartphone development. Even after the Microsoft debacle, Sendo was still considered one of the hottest smartphone companies in the world.

When Motorola picked up the assets of Sendo (June 2005) and took over the old Sendo offices as a new research and development centre, many assumed Motorola would use the centre to further its own platform ambitions. However, there was some speculation that Motorola might use the new Birmingham centre to launch a new effort on the European front with Symbian based smartphones, with UIQ being used for the UI layer.

Things then went very quiet for 20 months; there was the odd rumour, but nothing very substantial. This ended at 3GSM this year with the launch of the Motorola Z8, which was met with near total surprise. Even within some parts of Motorola there was a certain amount of surprise, since it was a product developed by the European arm of the company; traditionally, Motorola products for Europe have been developed in the US. The Z8 was an even bigger surprise for some of Motorola’s competitors. It’s difficult to understate how unusual this is; usually each of the major manufacturers has a fairly good idea what the others are doing. The Z8 was one of the most significant announcements of 2007’s 3GSM and was for many the star of the show. 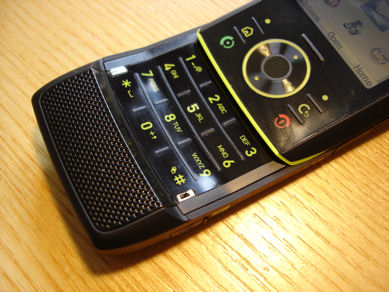 In the same period, Motorola’s Linux-Java efforts, despite some delays, have started to bear fruit. A number of phones based on Linux have been released and the platform has been largely well received. However Motorola’s Linux/Java platform is not open in the same way that S60, UIQ or Windows Mobile are. Nor does it seem as technically mature. The recently announced RAZR 2 comes in a number of versions and, while the GSM version uses Linux/Java, the 3G versions do not. These two factors mean that Motorola’s Linux/Java platform is not well placed to compete with Nokia’s S60 platform, especially in the European market.

Software platforms may seem relatively unimportant at first glance, but they are crucial in reducing phone development costs for manufacturers and operators. This is particularly important in complex, high end phones with their high development costs. Moreover, open software platforms also allow flexibility in the software layer (the addition of applications and services), which allows manufacturers and operators to differentiate their products. Allowing consumers to add software to their phones is a secondary benefit. 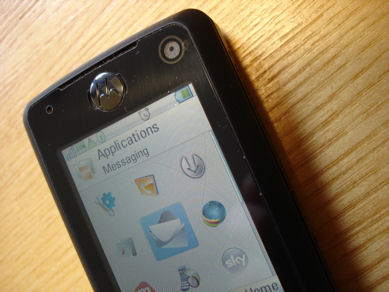 The Z8’s use of UIQ 3 answers many of Motorola’s problems. UIQ is based on the technically advanced Symbian OS and is already well established, with an existing third party software catalog and accompanying developer community. The Z8 demonstrates that it allows Motorola to build sophisticated devices with specifications that measure up favourably to its competitors in the European market. If Motorola can marry its style conscious design to greater technical sophistication then it can create potentially world beating handsets. Previously, it was hard to see Motorola producing a cutting edge handset like the N95 - with a UIQ 3 product family that possibility suddenly seems a lot closer.

Motorola have made it clear that the Z8 is not a one off. It represents a significant investment and we can expect to see further UIQ 3.1 products from Motorola over the next year. The next device may be announced as early as this autumn. These products will be in an excellent position to give Nokia some much needed competition in the smartphone space. In addition, they also give Motorola a strategy to break into the lucrative European (and Asian) high end device market.

It is worth noting that the Z8 has significance outside of Motorola; it was a major win for UIQ Technology, partly because it brought Motorola back into the UIQ camp, but also because it is the first non-touchscreen UIQ phone. As a result, the Z8 competes more directly with S60 and Windows Mobile Classic phones than its pen-based UIQ brothers from Sony Ericsson. Also notable is Sony Ericsson's stated interested in opening up ownership of UIQ Technology. Motorola seems the most likely candidate to take a share holding in UIQ Technology at the current time.

Motorola, UIQ 3 and the future

So what does the future hold? I can see Motorola developing a range of UIQ 3 phones with a variety of form factors. High end handsets with embedded GPS chipsets, multiple cellular radios and multi-megapixel cameras (Motorola’s agreement with Kodak last year hints at some possibilities for 2008) are the most likely, but we may also see a push down towards the mid-tier, to mirror Nokia's S60 strategy.

Clearly this would have to be part of a wider strategy, with some selection from AJAR, P2K, EZX (Motorola’s proprietary software platforms) or Linux/Java in the low and mid-tiers, with UIQ 3 used in the mid to high tier handsets. Of course, there are no absolutes and this represents only one possibility for Motorola. Equally, what works in one market may not work so well in others. Motorola's recent financial results offered few clues to its future mobile software platform strategy but, with the limited success of Linux/Java, investing significantly into a UIQ 3 family of products and the UIQ software platform itself would be a compelling option.

Filed: Home > Features > The story behind the Moto Z8