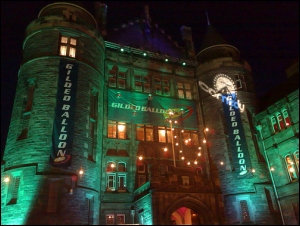 I’ve been using the Nokia E90 over the last three weeks at the Edinburgh Festival, and it’s been an interesting experience. Partly because it’s the first time I’ve done a ‘real world’ only review. By that I mean that I’ve not been in an office, walking through all the functions, trying everything out in a nice controlled way – the E90 arrived in the post, the SIM was slammed in, data was Synced and it was immediately being used as I ran round Scotland’s capital, making appointments, uploading pictures, writing reviews…

The second interesting thing is the immensely strong defense that came to the E90 from the comments to earlier parts of this test; that I didn’t get it, that I was biased and various other thoughts. Given that the E90 was being used in a real life situation, where a mobile office and communications devices should have been the ideal solution, I found this an interesting view. Of course there were also many people that agreed with my views as well. So the consensus, as always, seems to be somewhere in between.

But I’m going to start with the very end of the story. The E90 has not made it to the end of the Festival, there’s a week left and I’ve switched back to a 9300i. The E90 will continue to be tested in the real world over the next week (by Steve in a different scenario) and I’m going to return to the last Series 80 device for the last few days and see how rosy my view of it was. But for me, seeing the Nokia E90 being handed over at the Post Office was one of the few times that I’ve not been disappointed to see a review phone going back. More than anything, that moment has summed up my view on the E90 – it’s pretty much an average device (for me), and others, such as the N95 or E61i are much better suited to my life than the Jekyll and Hyde nature of the new communicator.

Splitting it down the middle, what S60 does well, the E90 does well. It’s no surprise that the camera gives better results in both picture and video to the rest of the E range, and it gives the top NSeries multimedia devices a good run in the visual stakes as well. The built in software, matured over many iterations, works as you would expect it. And that’s the important thing to realize on the E90 – about half of it (the solid S60 functions) have been built up over time and tweaked till they do work. It’s where new functions are added to S60 that the E90 starts to go astray. 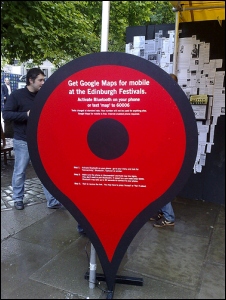 For example, Contacts suddenly has an 800 pixel wide screen to deal with – and it does so by putting in a second panel that is view only. There’s no way to shift/tab into this – something that existing communicator users would expect. Other S60 devices (such as the E61i) don’t have the extra width to work with, and as such this is the first iteration of the wide screen interface. And this is where the E90 really lets itself down – I don’t think that there was sufficient real world testing on the interface before the release. Whether this was intended, or cut for budgetary or timescale reasons I don’t know, but it has let the E90 down badly. I fully expect that a well budgeted update (even just in firmware) would solve a lot of the problems – Nokia are halfway there, but the extra mile is very much needed.

There is an argument from some people that your use of a smartphone should be determined by what it can do – but I’m not one of them. While I can work around the flaws in S60 Calendar (and I just ignore the To-Do and Notes sections) I still think that a person should be in charge of a device and the software should accommodate this – not the other way around. Unfortunately, the E90, with the current widescreen format, is still locked into an S60 interface that was originally designed for a 176x208 screen, and it shows.

Where the E90 succeeds for me, and what shows the way forwards, is in multimedia and the web browser. I’ve always been against the idea of presenting a web page on a mobile device as if it was a full scale PC – especially on something with only 240 pixels width - but with 800 pixels to work with, suddenly the Web Core-based app actually starts working well, has a good layout, and is significantly faster than any of the Series 80 Communicator browser options. Driving the virtual cursor/mouse around the screen was pretty intuitive and for the first time I wasn’t cursing the designer.

Multimedia on the device (music playback, stills camera and video) are also light years ahead of the efforts on the 9500 and the 9300, and allow the E90 to be a good substitute digital camera while away, always available for taking those quick in the moment pictures.

Summing it all up, the E90, far from being the next device in a line stretching back to the original Nokia 9000, is the first in a line of clamshell S60 devices. It’s a step up from the E61i, and the lineage to that device is clear. Yes the interface needs a lot of work to make it consistent and usable in a (currently) unique form factor for Nokia. And perhaps naming it a 'Communicator' heaped too much expectation on the device from long term fanboys (who are now replaced by the power-S60 fans, of course...) For a first iteration, the E90 is a competent device. It remains to be seen if it will receive significant software updates or whether it will be a high end smartphone that a few will champion.

It’s just not for me! 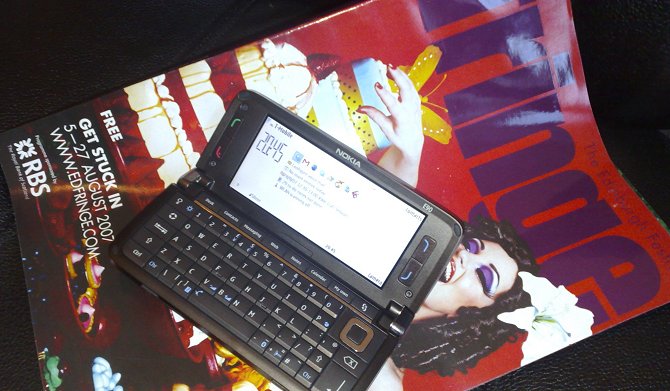 Our next Nokia E90 coverage will be Steve's video report on a week away with just the E90 as phone/laptop/camera and Ewan's editorial on his feelings returning to the older 9300.