Audioboo is a popular audio clip publishing service and has mobile applications for Android and iPhone. However, there is no support for Symbian. Never fear though, David Gilson is on the case and shows us how to publish to Audioboo via Nokia Share Online and Pixelpipe's Audioboo plugin.

For people wanting to publish audio on the move, the popular choice at the moment is the Audioboo service. Through which, users can create links to their social networks and have hyperlinks automatically posted whenever they upload a new clip. Audioboo provides dedicated applications for Android and iPhone users, but not for Symbian. This is curious given that Audioboo is a UK based enterprise, where Symbian is the most popular smart phone platform.

However, Symbian users need not despair, because it is possible to send content to Audioboo, via a plugin for Nokia's Share Online application, thanks to Audioboo's API. This is, arguably, a preferable way to publish content - by expanding the built-in capabilities of the phone. Share Online is wired into every multimedia application in Symbian - publishing content is only a menu tap away. This has clear advantages over having to use a stand-alone application.

The plugin mentioned above comes courtesy of Pixelpipe, another well known service for all desktop and mobile platforms - allowing users to publish content to individual or multiple content sharing platforms. As we explain below some set-up is required, but this is a one time only process. 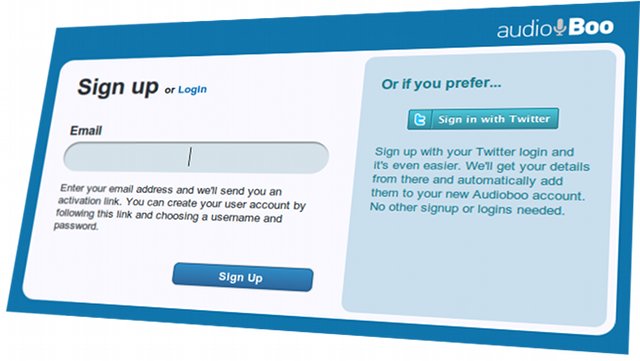 Signing in at Audioboo 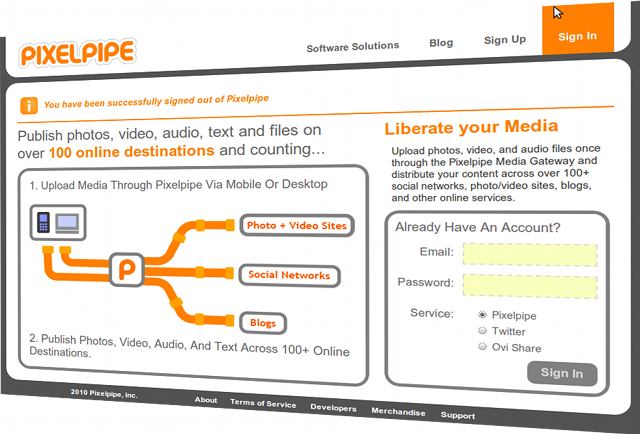 Signing in at Pixelpipe 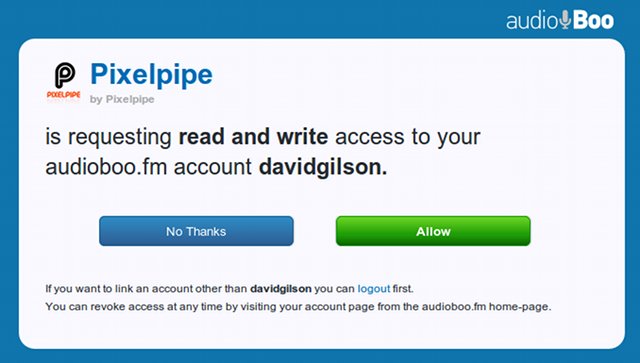 You'll then be redirected back to Pixelpipe to configure the Audioboo pipe. Unless you're an experienced Pixelpipe user, accept the default settings. 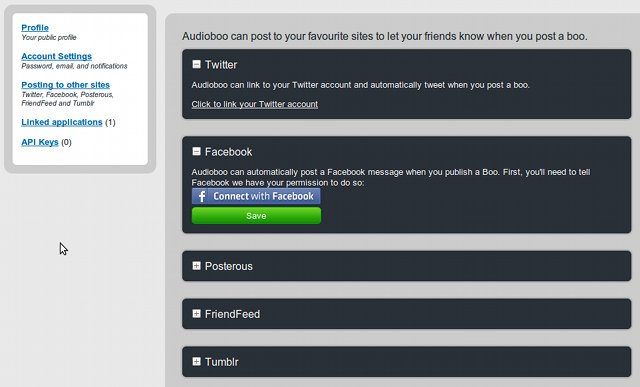 Posting to other sites from Audioboo

Once you have chosen the places you want Audioboo to announce your latest audio clips, the desktop-bound part of the process is complete.

Pixelpipe do offer a stand alone client, via the Ovi Store. Although, for this tutorial we're concentrating on adding to the functionality of Nokia Share Online. The Pixelpipe plugin can be installed directly by going to http://m.pixelpipe.com/nokia in your Symbian Web browser. From there, follow the instructions, tapping on the two links shown to install the Configuration File and Account Credentials. 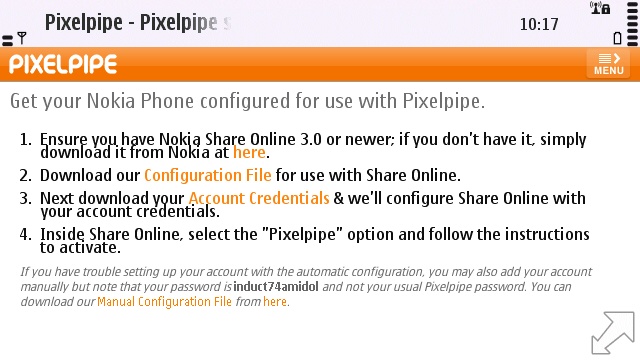 The next step is to activate the Audioboo plugin. This is done by going into Share Online and tapping on the entry for PixelPipe to force it to retrieve available services, then finally tap on Audioboo to activate. 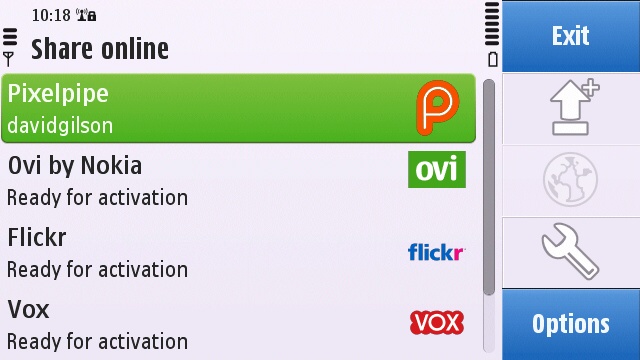 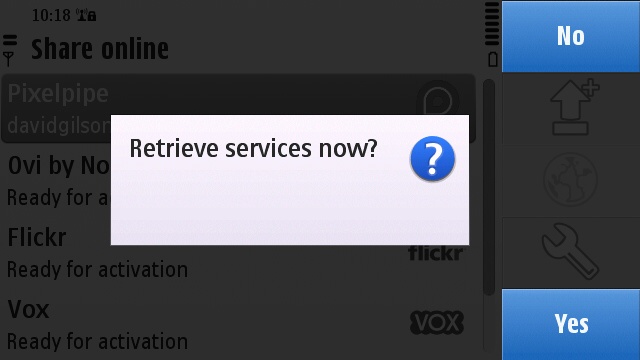 At this point, your phone is ready to upload an audio clip. Start the Record application and record a short test clip. When done, tap on Options and select 'Send', then 'Upload'. 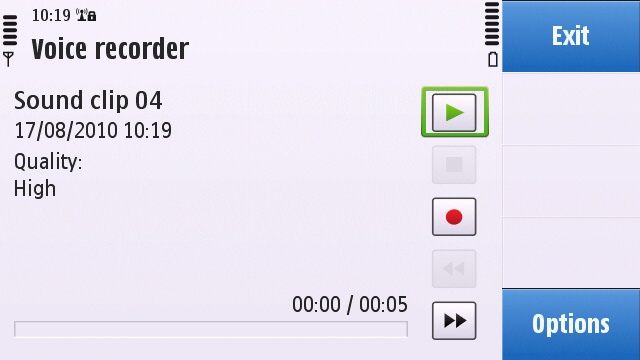 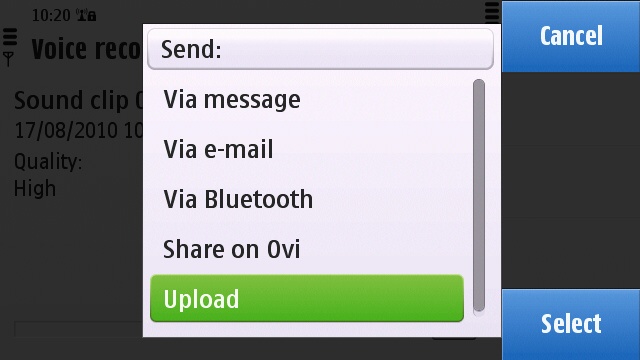 After tapping on 'Upload', all of your Share Onlne plugins will be displayed, including Pixelpipe. Tapping on Pixelpipe will display all of the pipes you have set up, including Audioboo. 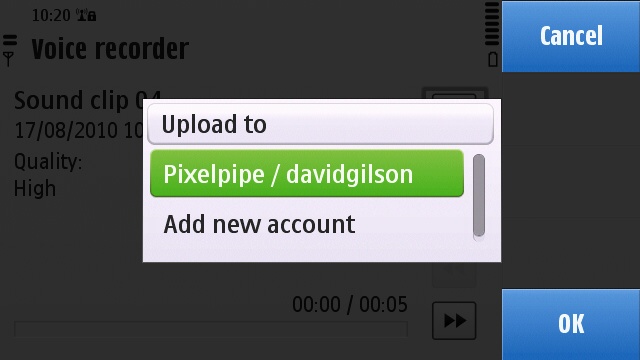 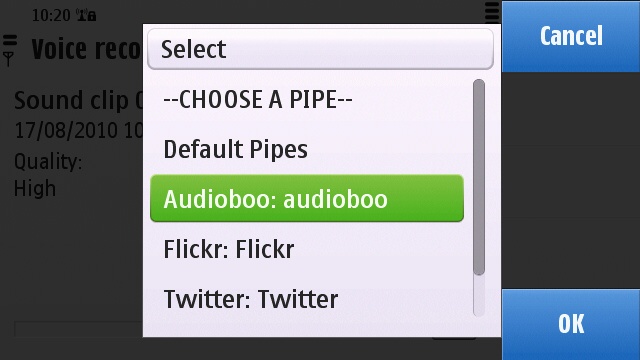 At last, we're at the point where we can actually put a title and description to the clip, and upload to Audioboo! The interface shown below should be familiar to anyone who has used Share Online for publishing content. 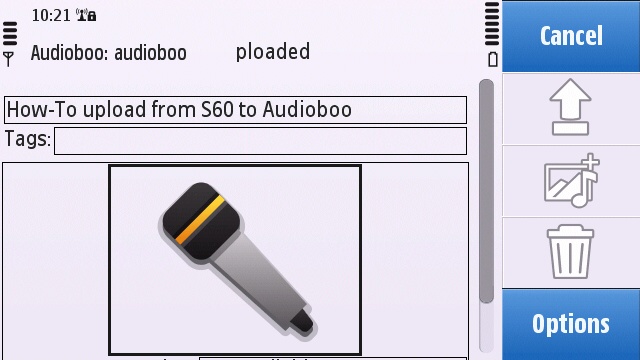 There are alternative ways to configure Pixelpipe to upload content and send notifications to Twitter et al. However, the method outlined here generally provides the quickest way to get links back to Audioboo posted on Twitter. Follow these links for a demonstration of an Audioboo and its automated Twitter update.

David Gilson for All About Symbian 17th August 2010.

Platforms: General
Categories: How To