How to: Make more from your smartphone snaps

In a tutorial for beginners, Steve Litchfield looks at some practical photo-taking tips for your smartphone when conditions are less than perfect... and explains that adjusting the photo later in software is cheating - but often helps a lot.

With 5 megapixel cameras with professional optics now built into quite a few smartphones, I daresay that that the majority of people reading this use their smartphone as their main camera. Certainly for day to day photos anyway - maybe you keep a top of the range standalone for weddings and funerals?

Having your smartphone always with you is great in that you can, quite literally, snap anything that takes your fancy, at a moment's notice, without having to remember to take your standalone camera everwhere. Which is great, because it means that a lot of photos now get taken which would otherwise have been missed.

However, the chances are that, partly because of the spontaneous nature of smartphone photography, the lighting conditions are unlikely to be ideal. Usually, you'll only have a few seconds to get ready to shoot and it's all you can do to swing yourself so that the sun is roughly behind you or perhaps fiddle with a single setting in the Camera application.

With that in mind, I thought I'd take a few example photos from the last couple of weeks, captured on my N95, and explore how I either managed to 'cheat' at the time or 'cheat' later on, back on the desktop.

We'll start with a desktop cheat. After all, your smartphone's 5mp camera has done a good job capturing the raw image, it's not its fault if you've taken your father, who's come a long way, to a very special Bluebell wood and the weather decides to be overcast, cold and wet. Gah. Here's the image (resampled a little for display here) the N95 took, in itself not bad considering the conditions: 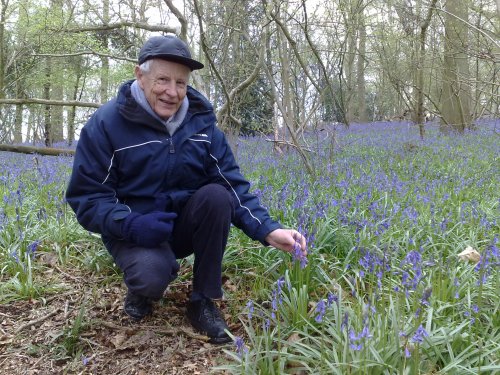 But wouldn't it have been great, for this once-in-a-long-time photo-op, if the sun had been shining, with the Bluebells in perfect bloom? Enter the world of photo-editing software, in this case an old cover-disk copy of Paintshop Pro under Windows, but there are countless others, including several on the Web (e.g. Photoshop Express), that can do exactly the same job.

Two things are missing from the original photo, because of the poor natural lighting: light (obviously) and colour. The thing that really makes a photo taken on a sunny day stand out is the vibrant colours and sheer sharpness - digital camera sensors (especially small ones) crave as much light as possible. Luckily, adding brightness, colour and sharpness is relatively easy in any photo-editing software. The end result won't fool the viewer into thinking it was taken in sunshine (the shadows are all wrong, for a start, but the final photo will be a lot more satisfying than the original.

In thi case, I adjusted the 'Hue/Saturation/Luminance' panel, but your mileage will vary. My goal was to somehow increase the 'blueness' of the flowers without noticeably adjusting much else. In fact, my father's navy coat is now a rather obvious blue, but that's the only noticeable break from reality. Here's the tweaked photo, compare it with the one above. 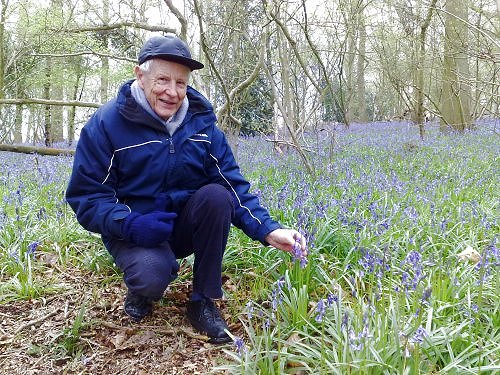 It's important, when fiddling with photos, not to get too carried away. Go for a subtle change, as above, rather than something so dramatic that it becomes obvious that you've cheated!

Another 'cheat' involves fooling the focussing mechanism in the smartphone. In this case, I wanted to capture the array of droplets of water streaming from the rising blades of the water wheel. This too was on an overcast and undistinguished day, too, so I knew that the length of 'exposure' would be fairly long and that I'd be lucky to get anything crisp. However, the real problem was how to focus on the drops.

Focussing works in a device like the Nokia N95 by the software ramping the optics around in order to produce the best contrast in the focussing rectangle, a process that takes a second or two. With fast moving (and tiny) targets like the water drops, how could I focus? The water wheel itself was also moving way too fast for the focussing software to work.

The solution with any moving target is to pre-set the focus on something else that's roughly the same distance away and static. In this case a brick wall nearby. By half-squeezing the shutter button to focus on the wall and then rotating round to face the wheel, I was able to finish the shutter squeeze and take the photo with the optics preset to the right focal length. 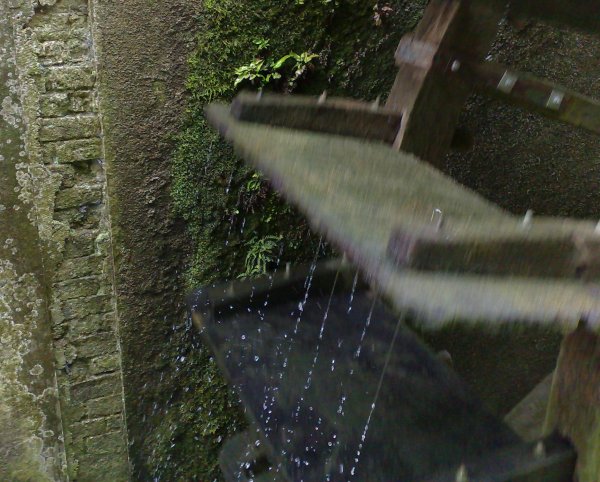 Here's another example of the same technique. In sunshine this time, but the train was travelling at close to 100mph, very fast. And yet the image is crisp and timely because I'd already focussed on the surrounding trees and was ready to do the final 'snap': 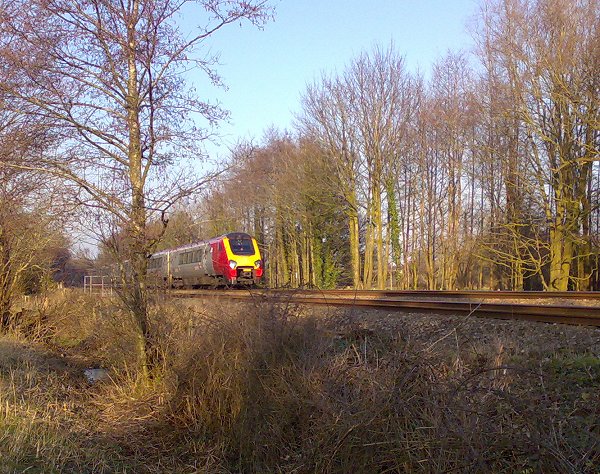 A good piece of advice that's thankfully fairly well known is to completely ignore your smartphone's 'digital zoom'. It sounds like a good thing, but it should probably be better called 'clumsily resize and pixellate your photo', but that wouldn't read very well on the spec sheet!

Here's an example. Driving along in the city yesterday, I saw this rather unusual cloud border in the distance. There was no way to get to a vantage point to photograph the sky without buildings in the shot, so I snapped it anyway, with no digital zoom whatsoever: 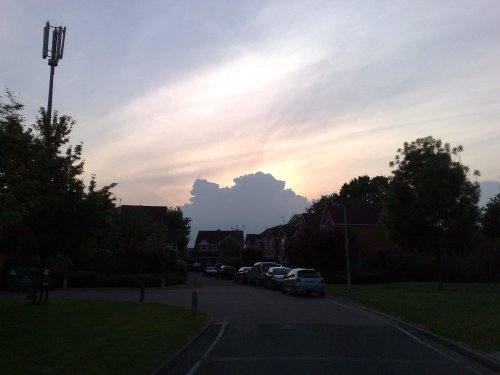 Back to my trusty photo-editing tool, and again emphasising that any free tool can be used for any of this, we're not talking about high end functions and there's no need to dip into your wallet. I cropped the centre section of my N95's 5mp image and applied a little extra red in the 'Red/Green/Blue' adjustment panel: 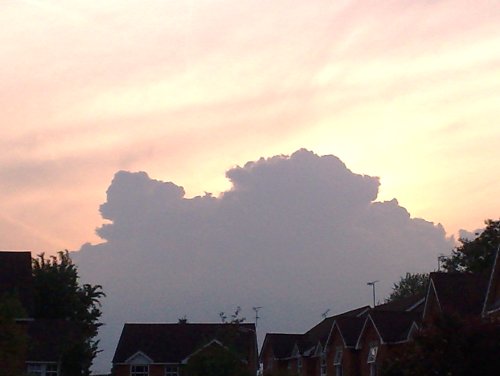 Admittedly, because I've cropped the 5mp image down to something close to 1mp, the resulting image couldn't be blown up for a large print without defects being obvious, but for an interesting snap, web image or desktop wallpaper it's fine.

When shooting something against a very bright background (e.g. the sky) you'll often want to increase the 'Exposure compensation' (scroll down your camera's side toolbar to find it), acknowledging that the background will then be too bright, but effectively fighting off the automatic exposure algorithms in the Camera app to make sure that your actual subject is exposed properly. Failing to do so results in a nicely lit overall photo but with your intended subject rather dark and dim.

Here's an example, note how my face is acceptably exposed, despite the image being shot (slightly) into the sun and with a bakingly bright background sky, thanks to me upping the exposure compensation by a couple of steps. OK, so the sky is whited out but the main subject is fine, which is the whole point: 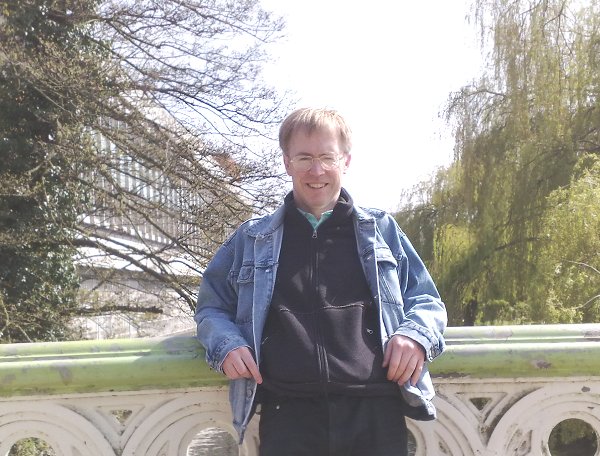 Effectively the reverse of example 4 but useful if you're after a 'silhouette' effect, in this technique you fight the exposure compensation in the other direction. In this case, I was fascinated by the spidery arms of this huge tree as it reached for the sky and wanted to highlight the patterns it made, but I wasn't interested in the texture and colours of the bark. This was the same overcast day as the Bluebell wood one above, incidentally, so the sky really wasn't that bright.

In order to have the sky exposed properly and to create a silhouette effect for the tree branch system, I knocked the exposure compensation down a couple of steps: 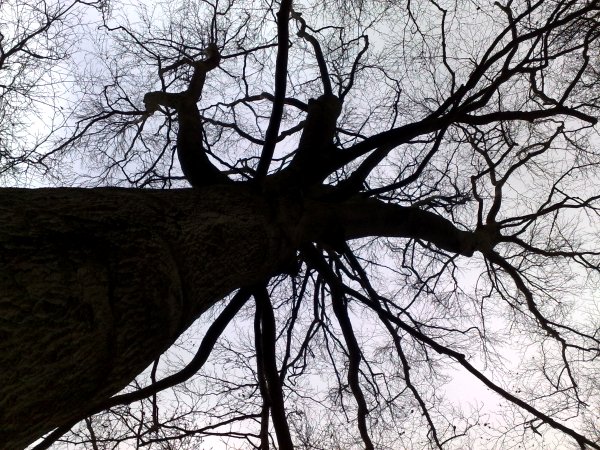 With everything set on automatic, you'll usually be OK, but when you want to get really up close and personal with something, you'll need to switch to the 'Close up' profile within the Camera application. This starts the 'hunt' for best contrast at a much closer focal range and continues it to within about 10cm. You'll usually get faster focussing this way and sometimes it's the only way to focus. 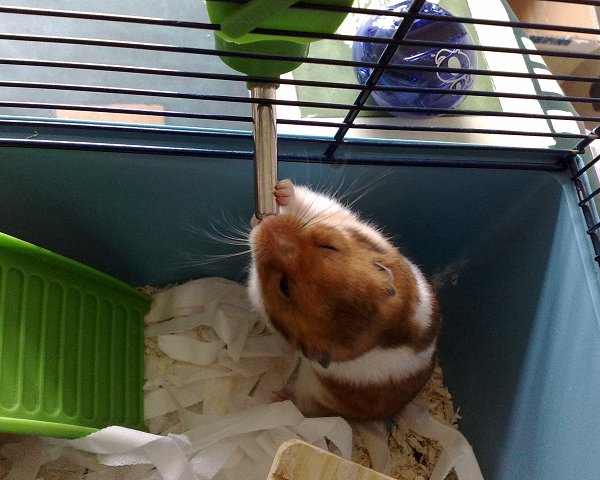 Of course, there are dozens of other photo tricks and tips, most of them applying to all (or at least all digital) cameras . But hopefully the above selection will give your imagination a boost the next time you spot something that you think would make a good photo!

Steve Litchfield, All About Symbian, 11th May 2008

Filed: Home > Features > How to: Make more from your smartphone snaps