Ewan drifts back from the E90 to his trusty Nokia 9300i Communicator and finds that life with the latter isn't quite as rosy as he'd remembered. Still, he reckons the 9300i wins for some email and most writing work.

As you may all recall, I carried a Nokia E90 with me during the Edinburgh Festival Fringe this year, and relied on it for all my communication needs, and for a huge amount of office functionality as well – in other words an all-up, real world test. The E90 didn't come out too badly, but neither did it make a significant impact that would attract me to the machine.

Time and time again I came back to the Nokia 9300i as being a much better suited machine for my needs – and so for the last week of the Fringe the E90 was passed back to Steve for his video version of a real world test, and I moved back a few iterations to rely on the last Series 80 communicator around Scotland's capital. 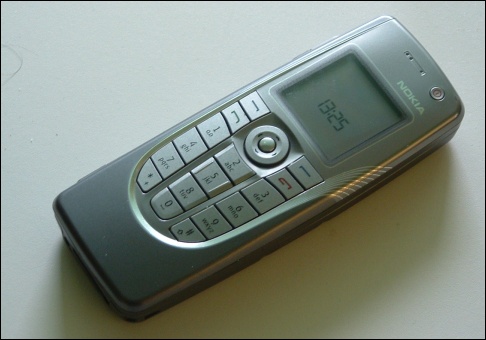 Having started with the Communicators with an original Nokia 9000, I've seen the GeOS/S80 interface develop over time, much as S60 has done in parallel since the Nokia 7650. When the Finns moved the Communicator to S60, all my knowledge of the S60 UI made the switch easy, so I was au fait with where everything was on both devices to the same extent. Where the E90 failed (for me) was in the lack of optimization for the dual screens, and specifically the wide screen inside the E90. Being at the end of the line, the 9300i has an advantage of years of tweaks – something I hope later S60 Communicators will see.

Hardware wise, the Nokia E90 scores over the 9300i with both GPS and 3G/HSDPA added – the former more of a toy around the stonework and tight streets of Edinburgh, but the latter is a big score. Going online with the 9300i's built in software is a frustrating task for two reasons. The first is that you are limited to GPRS and the second is the combination of slow processor speed and horrifically painful web browser. While you could live with a number of 'PDA optimised' web sites (such as BBC news web site or the PDA version of Gmail), the speed to download and lay out any page with any complexity meant that the web browser was something I avoided as much as possible.

I could also forget about making any sort of blog post via the 9300i browser – and while I could use a Java midlet to help this, I could say the same on the E90. This isn't a third party app test, this is just the device, ma'am. It's no coincidence that the web browser on the E90, and its functionality, was one of the few strong benefits I found in the E90.

Email and messaging was a tough call – the S60 messaging client has matured into something that works well, but the client on the 9300i was a joy to work with, easily switching between connection profiles and handling large blocks of text and office attachments (file compatibility issues aside) with ease. But it comes back to a lack of connection speed, and any decent sized PDF press release I received had to wait till I got home.

You could argue that Wi-fi would help the connectivity speed, but there are only a few open hotspots in Edinburgh – those that required a payment or a 'terms and conditions agreement' saw the web browser conscripted into action with predictable results. 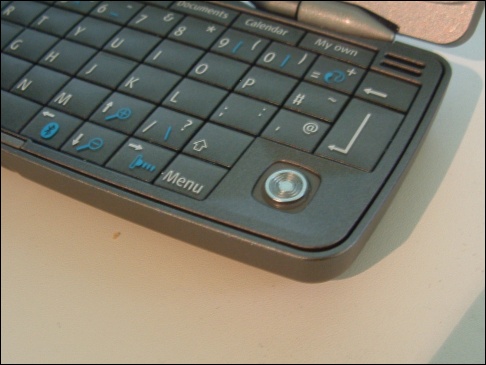 Where the 9300i outscored the E90, for me, was in its office software and its ease of use – and the majority of this was down to the keyboard. The slightly domed keys on the 9300i provides just enough haptic feedback when typing (either with two fingers on each hand while sitting down, or two thumbs while standing) meant that I could type at a fair speed without having to constantly check the screen and what my fingers thought they were typing. The built in zoom keys on the 9300i, along with the delete key in a familiar place and a sensible approach to shifted characters and punctuation – making the keyboard act more like a PC keyboard than 'helping' you with predictive text-focussed punctuation and shifting suggestions – meant that, as a writer, I was much more at home.

Round-tripping and document exchange with the desktop (in this case MS Office 2003) was very poor on the 9300i, and that's one of the strengths of the E90 package. For drafting ideas and notes, the 9300i is the way to go, but I wouldn't be confident in sending a laid out letter or a financial spreadsheet from the 9300i unless the recipient understood where it was coming from and why it might be a bit screwy. No worries in this sense for the E90, armed with the latest Quickoffice 4.5.

Finally, the multimedia effort on the E90 wouldn't have to do much to beat the 9300i, but the addition of a 3 megapixel camera, a VGA camcorder, a proper MP3 player and the processor power to drive all three at a good speed means that the 9300i is left for dead in a comparison like this.

Now this is a tough one – if I'm choosing an all round device then there is no doubt that the E90 would score very heavily, but I still have a number of reservations if I was to personally choose the device. The E90 keyboard is lacking in definition, and with some keys on a different vertical plane to others, it still feels awkward; the user interface needs more work to make best use of the large (but still quite limited) screen estate; and it desperately needs some TLC for the next firmware upgrade beyond some bug fixes.

The only time I'd choose the 9300i over the E90 is if I knew I had to do a significant piece of writing, and then the keyboard is going to win out between the two devices. But that's a very personal requirement and your mileage, as they say, might vary. The E90 is Nokia's successor to the Communicator range and I think the unfortunate choice to also name it as a 'Communicator' has hampered it in my eyes. I'm still not sure I'd want to use one solidly as my day to day phone, but my rose tinted view of the previous range had more than a hint, let alone a tint, of rose – the E90 is a definite improvement, overall.