Here are the parts in this Camera Nitty Gritty series for All About Symbian:

Come on, admit it. As will I. 99% of all your photos taken on your Nokia smartphone have been taken with the camera set fully on 'Automatic', i.e. with nothing special set up at all. This isn't necessarily a bad thing and, indeed, it's a tribute to the auto-exposure and auto-focussing software inside each focussing S60 phone that most photos come out pretty darned well.

But, this begs the question: what use are all the fancy modes and options if they're not needed most of the time? In this feature, I'm going to look at each one and run a few experiments to both a) explain (theoretically) why an option is there and b) whether you'll ever need it!

SUMMARY: Sports is the only scene mode you'll have to worry about in real life. And even then only when kids or animals are involved or when attending a motor sports event...

SUMMARY: You can safely ignore 'Colour tone' settings. If you want a special effect, you can always do this later on, on a desktop etc.

SUMMARY: These White Balance settings have the most practical impact on Nokia Camera photos - potentially. The situation's not that clear cut though...

There's a reason these settings are buried at the bottom of the Nokia Camera app toolbar - you can fiddle with all of these and they'll make a significant difference. BUT you have to really know what you're doing. ex-SLR buffs will think nothing of "cranking up the exposure, increasing the ISO light sensitivity" and so on, but to be honest, if you're going into that sort of detail you shouldn't really be shooting photos with a 'phone' (however good) in the first place.

My advice to you, when trying to take decent ad-hoc photos with your Nokia N82, N95, N85 or similar is to forget about almost all the options here. If speed is of the essence (e.g. trying to capture a moment) then just leave everything on 'Automatic' - the phone camera will do a decent job and you can always tweak brightness, contrast and saturation (e.g.) later in an image editor on the PC. The 'Sports' scene mode might be the only thing worth setting, meaning that you get a pre-focus and can snap at an exact moment in time (i.e. your subject is moving).

If you've got a few seconds to stop and think about what you're shooting, ignore everything else apart from the two 'White balance' settings, 'Sunny' and 'Cloudy'. If you're after capturing vivid colours then these settings can sometimes make a difference, as shown above. But don't worry if you forget, the effect is usually marginal and, again, colours can be 'brought out' later on in an image editor if needed (see the PS. below).

Note: The photo tests here were taken on the slightly older Nokia N82 and N95 8GB - I don't believe the camera algorithms are mature enough yet in the N96 (for example) to be representative of how the software is supposed to work.

Steve Litchfield, All About Symbian, 1 Feb 2009

Just a quick example of this fakery and to reassure you that you shouldn't worry too much about getting the colours perfect in the original captured photo, here's a shot, taken on the N82 with everything on 'Automatic', of a subject in a Bluebell wood in early summer. I say 'summer', but this was 2008 in the UK and we didn't really have one. It was damp and overcast and very cold. But I took the shot anyway: 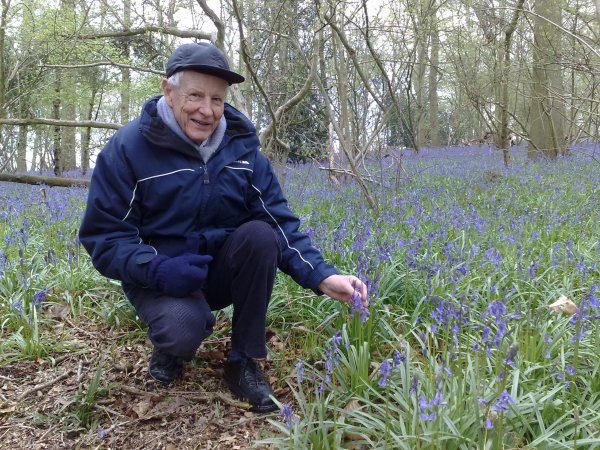 Back on my PC in Paintshop Pro, 30 seconds worth of tweaks to the colour balance produced this, looking almost like the sun was shining and certainly a more pleasing representation of how the Bluebell wood should have looked: 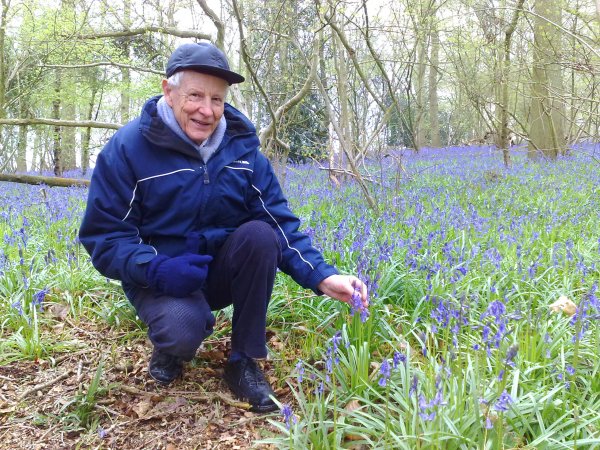 Complete fakery, of course, but if the result was a photo that the subject really enjoyed receiving a print of, then what's the harm?