Having completed a round of Nokia 808/Lumia 1020 comparisons, it's very evident that the Nokia 808 PureView and Nokia Lumia 1020's cameras are very, very close overall, though also with very different characteristics. As is common for other 2013 smartphone cameras, the Lumia 1020 is set up to deliver more saturated colours, sharpened details and lower JPG compression. In contrast, the Nokia 808 has always erred on the side of an ultra-natural, muted, unprocessed look. But how easy and effective is it to fiddle a little in the 808's interface to deliver similar 5 megapixel results to the 1020?

Now, before starting to compare, I should mention that I'm not intending the 808 to mimic the interface or 'dual capture' system of the 1020 (though I did get close to the latter here) - what I'm covering here is using the Nokia 808's 'Creative' mode to produce 5 megapixel images that are similar to the people-pleasing results that you'd get from the newer Windows Phone device.

The acid question, of course, is whether you'd want the 808 to produce images that are 2013-trendy. As it is, 808 images tend to look a little plain and 'unsharp', but it's easy enough to post-process them from this state to produce any effect required. But what about setting the phone up to create saturated, sharpened, low-compression JPGs at capture time, for instant sharing?

This will be somewhat controversial, but don't judge the idea until you've seen the results.

The idea here is to make use of one of the Creative presets in the Nokia 808, in this case 'C1':

We've used our trademark image comparison tool here, so that you can move your mouse or pointer across the screen to dynamically compare the Nokia 808's results on 'auto' (on the left) with those produced in the 'C1' setting, as detailed above (on the right). Note that if you're viewing this on a phone or a low resolution monitor (and or in some browser variants) then you might not get the full effect.

[Note also that with a gentle breeze flowing, the exact position of the leaves will be slightly different. Hey, that's a real world test for you!] 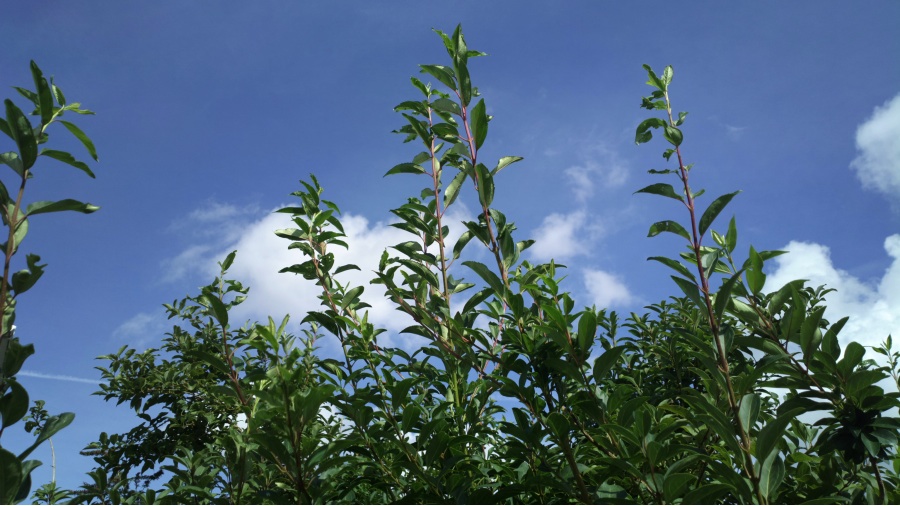 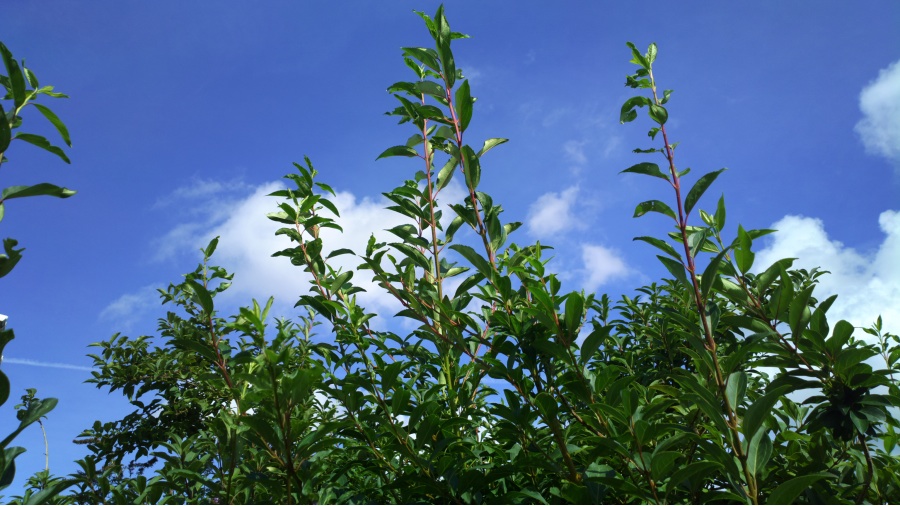 A nicely boosted overall shot, I think. Let's look closer, at a 1:1 crop and compare the pixels directly. Again, use your mouse or pointer to swipe backwards and forwards: 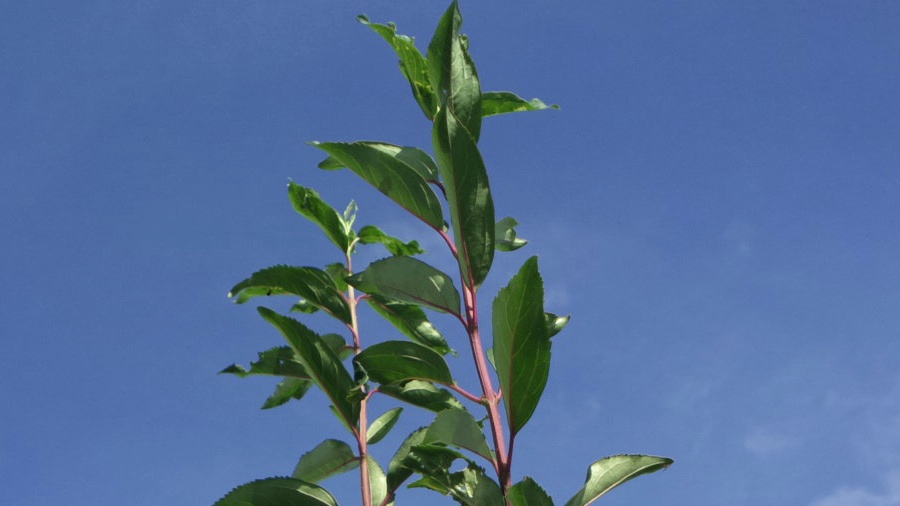 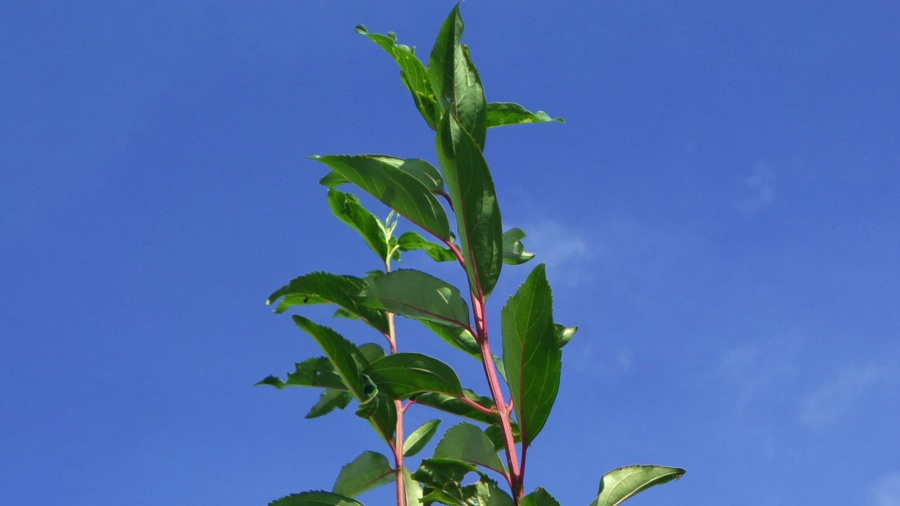 With so much image quality to play with from the PureView system, the C1 customisation produces a very decent result. Yes, perhaps slightly more vivid than in real life, but 99% of viewers would pick this as the more pleasing image, I think?

This from a 'bokeh' shot in the garden, with full PureView zoom (3x) applied so that I could achieve a focus lock on something so small and still get optically close. Here's the full shot (no overall comparison here because the two shots weren't identically framed): 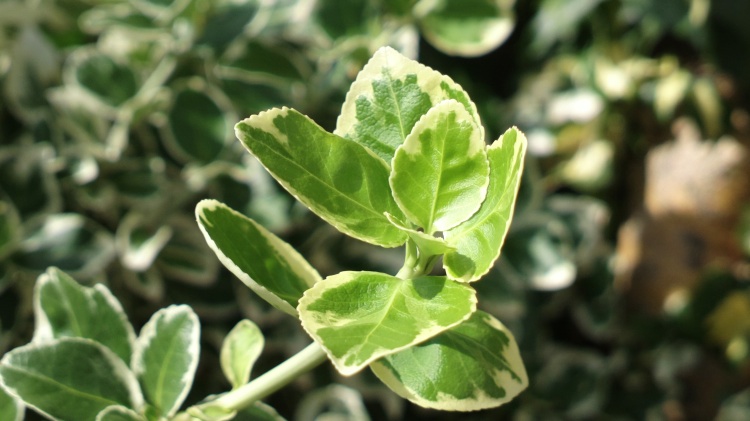 Again, use your mouse to compare the 1:1 crops from the two photos. 'Auto' on the left, and the C1 customisation on the right: 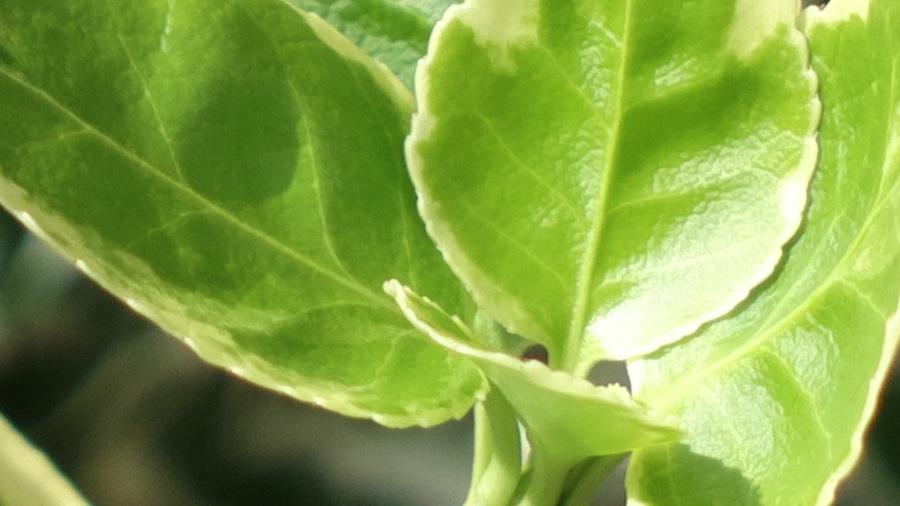 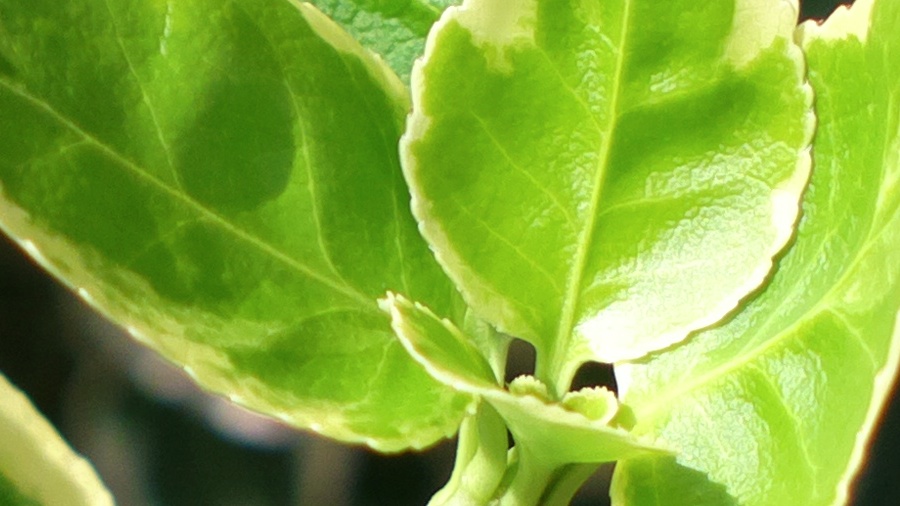 There's not much to choose between the two photos here, though perhaps the extra green and edge sharpness in the C1 version gives it the edge. After all, the sun was out and shouldn't 'green' always look this green? 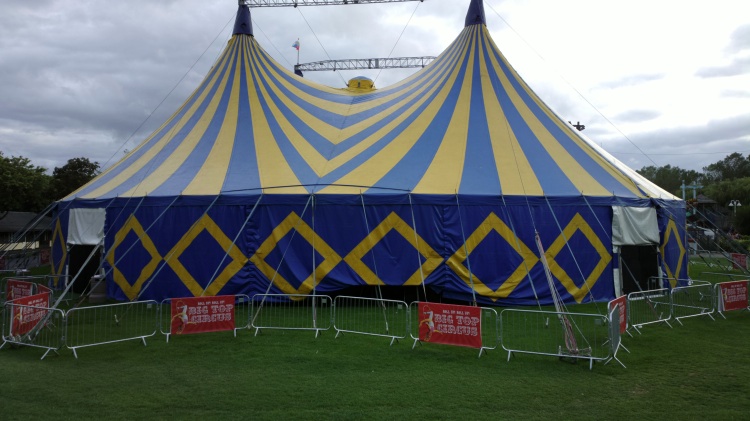 And here's the 1:1 comparison - you know the drill by now: 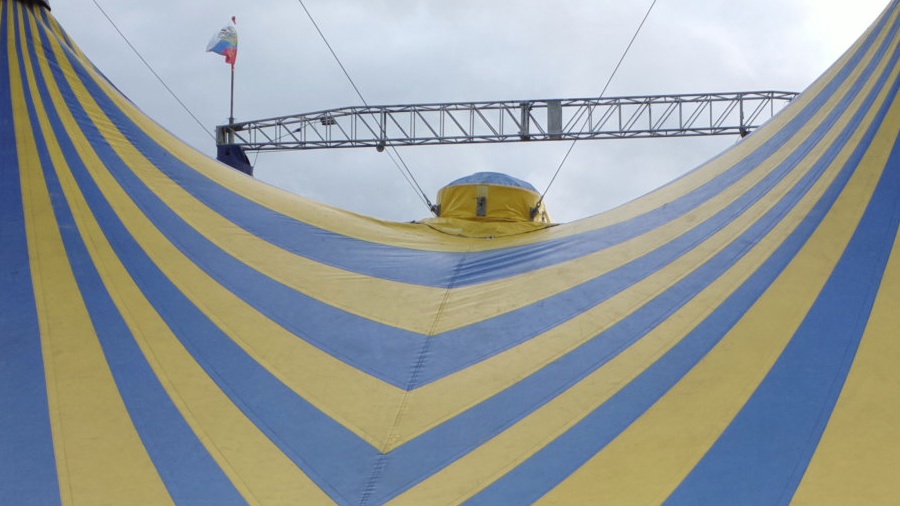 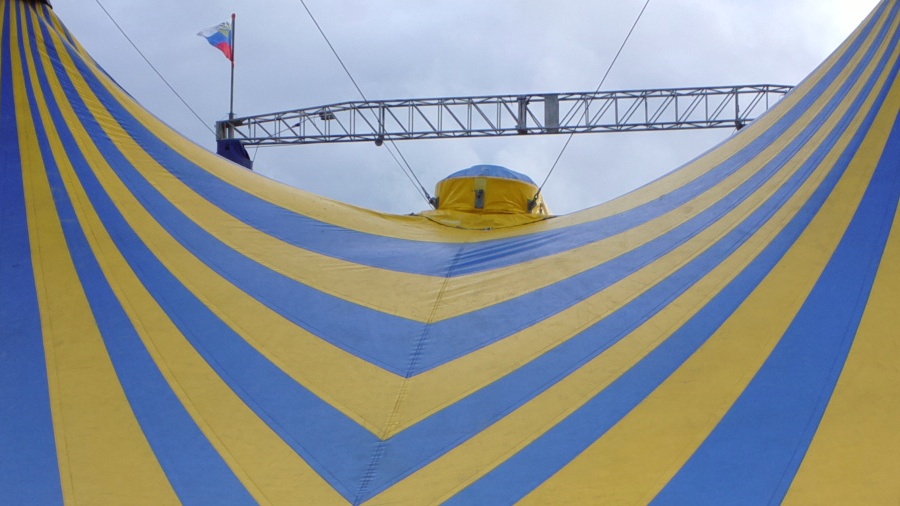 This comparison shows off the differences between the Nokia 808's default 'auto' settings and our new C1 set-up most vividly. The first crop shows a somewhat drab scene, whereas there's some 'life' in the colours in the C1 version. And is it only me that sees the above crop and thinks of 'Bananas in Pyjamas'?

Lots of low light detail to capture and process here. Here's a mouse-swiping comparison of how the 'auto' and C1 modes handle this holiday camp scene: 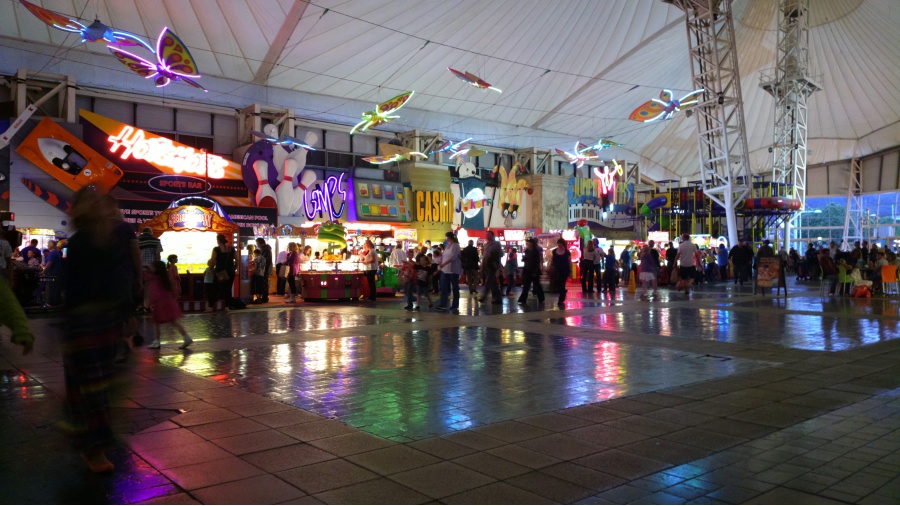 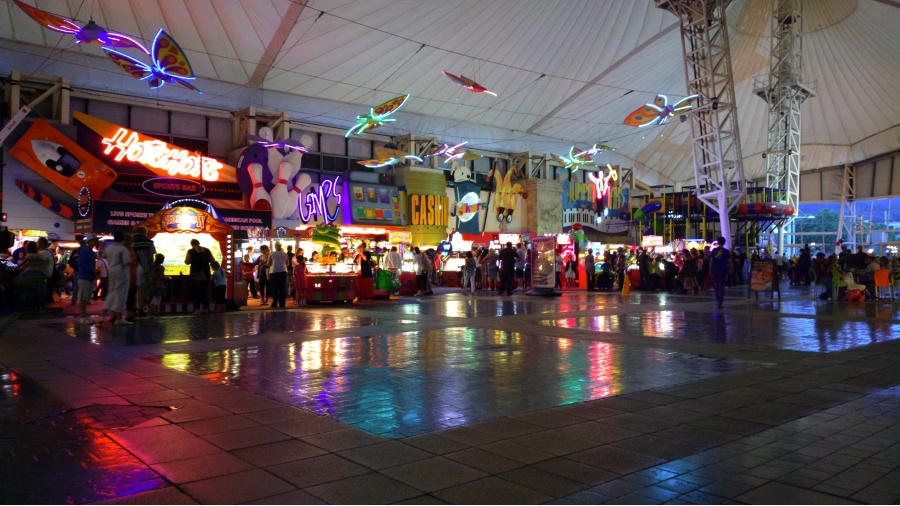 The C1 customisations again work very well to bring a little extra atmosphere to the scene. Again, we can also see some differences if we look at a 1:1 crop. Here's the direct comparison: 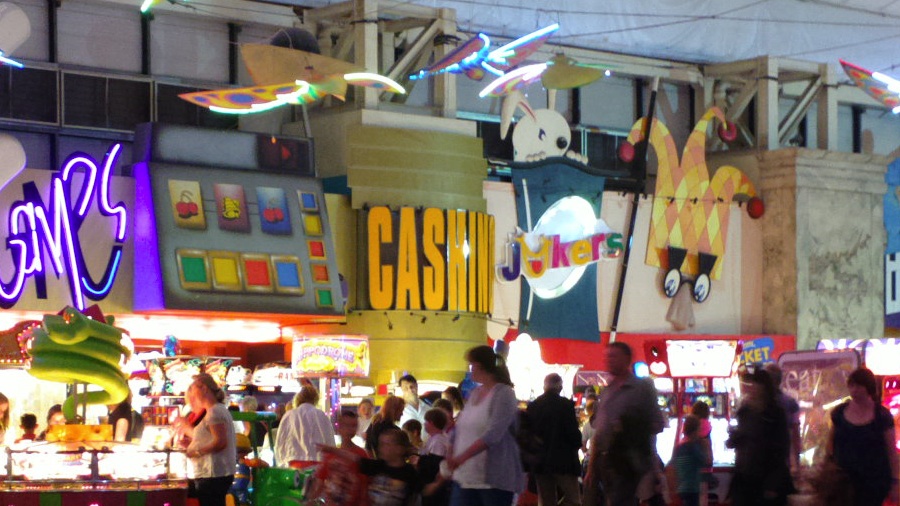 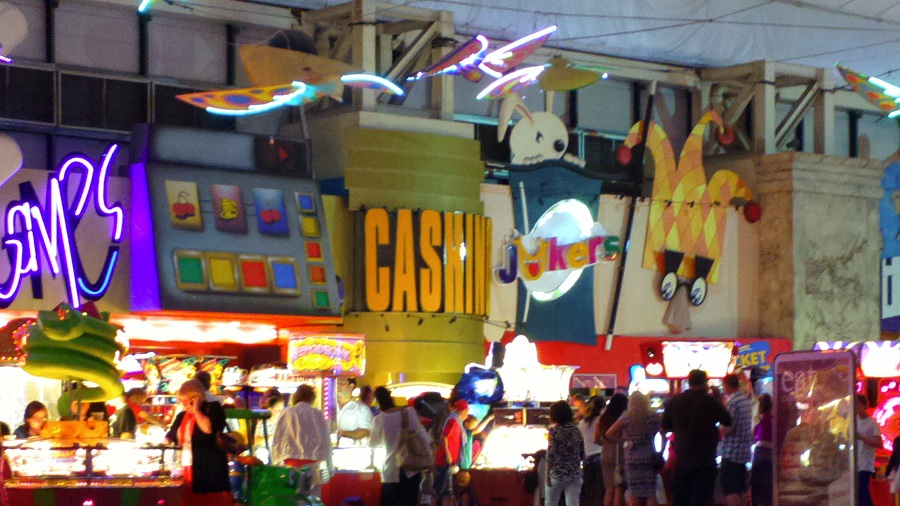 In truth, at the 1:1 level there's not that much difference here, but I wouldn't say the C1 version is worse, meaning that there's no downside in shooting this way. What do you think?

Nokia 808 purists (and I'm one of them, at heart) will point out that the images on full 'auto' are likely to be more use later on, perhaps increasing saturation and sharpness as needed in a photo editor, whereas the C1-shot versions already have this processing applied and, as you'd expect, some of the C1 image handling can't be reversed. After all, having sharpened, you've already lost some of the original raw image information - you can't effectively 'unsharpen' it, or at least bring the original pixel information back.

However, as you can see from the dynamic comparisons here*, a little Creative mode tweaking can get the Nokia 808 PureView very close to the 'pleasing' results from its 2013 competitors (including the Lumia 1020). And without sacrificing much of the traditional 808 advantages of 'pureness' and lossless zoom.

* Again, if you're not seeing the interactive photo comparison tool above then please try this page in another browser or on a larger monitor.

Of the tweaks we did earlier, the only one I think I might have dropped, in hindsight, is the 'Superfine' one - I'm simply not convinced that, with images as pure as the 808 spits out, that there's much benefit in tripling the file size just to get a few more pixels drawn slightly more accurately.

Comments welcome, of course. Have you experimented with Creative customisations along these lines? I know a lot of people do actually use a preset as their main 'setting' on the 808, with '8MP' and 'Vivid' a popular combination. What about you? What do you use C1, C2 and C3 for?

Platforms: General, Symbian^3
Categories: How To