How to: Get Android on your Symbian smartphone

It's a fair cop - that's one heck of a provocative headline. More accurately, this feature should be called 'How to use Google services with your Symbian smartphone', but that sounds a hundred times more boring! We all love our Nokia hardware and probably a fair number of great Symbian applications, but the lure of Android and the seamless Google integration becomes stronger and stronger each year. Yet there are things you can do to bring a lot of this Google goodness to Symbian - today.

The attraction of Google services is that everything's centralised, so you can read your email, check your Calendar, your reading list, keep up with Google+ on any tablet or phone or desktop anywhere in the world at any time. Zero worries about syncing and backup and connectivity. And this is half the attraction of Android OS for many, but there's quite a bit you can do to get your Symbian smartphone at least part way to the status of a pure Google smartphone.

In other words, Google stuff without giving up your Nokia's hardware, gadgets and flexiblity. Here are some pointers.

Starting with the right look and feel(!)

Getting things off to a good start, install the 'Belly Jean' theme from last week's news. What with Symbian Belle onwards adopting an Android-style drop-down notifications bar and with these Belly Jean screen elements and icons, your smartphone already looks the part. Maybe not quite a Galaxy Nexus, but the Nokia 808, with its jetblack 4" AMOLED screen showing off the new theme could easily pass for a slightly thicker Nexus S(!) 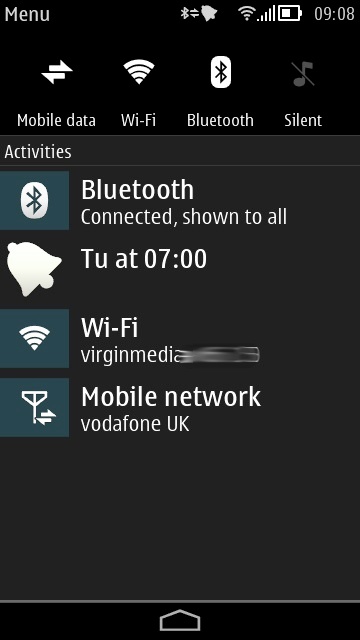 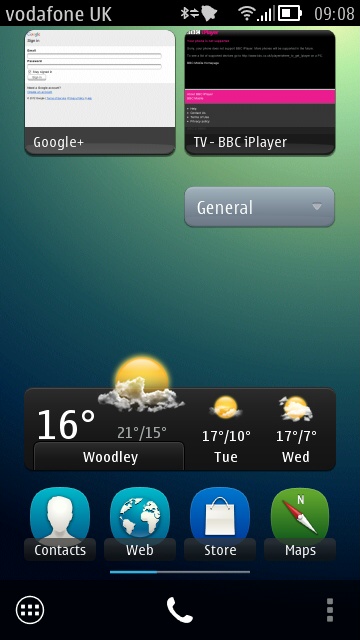 Automatic 'push' Gmail and automatic Contacts/Calendar syncing is now 100% reliable, thanks to the Mail for Exchange protocol. This was somewhat quirky in early versions on Symbian but with the implementation on Belle and particularly with the improvements in the Microsoft Office Suite update (worth installing if only for the MfE/email tweaks - the rest can be ignored, if you like), I've now had perfect Gmail and PIM syncing in real time between my Nokia phones and Google. And, from there, you can sync through to a Windows Phone or (of course) and Android phones you're playing with.

To get going with this: 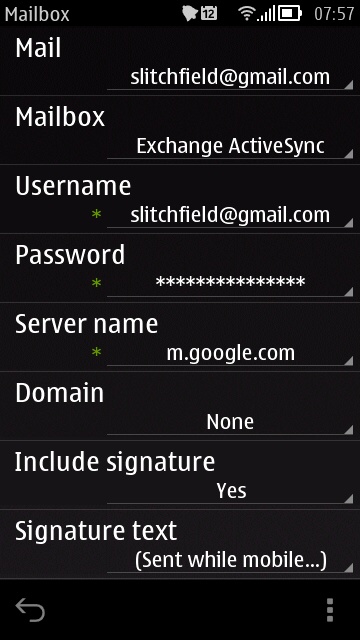 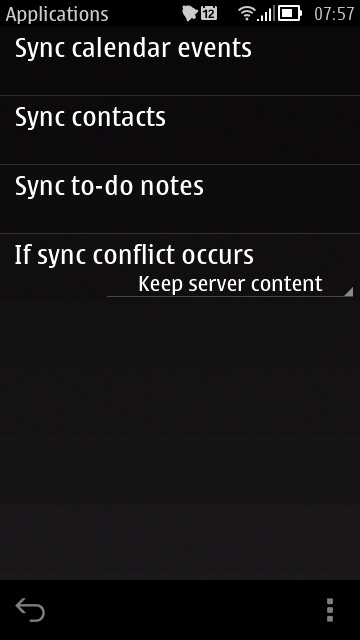 If you want to get ambitious, you do need to look to extended (commercial) solutions, mind you. If you want more than your default Google calendar synced then look at Googasync. Also, note that Gmail 'stars'/followup don't sync across using Mail for Exchange. As you'll see from the comments below, Nuevasync can help here.

Me? I try and keep my sync solution as simple as possible - I'm already asking a lot of it, trying to sync both cloud and three separate mobile OSes!

Although Symbian phones have Nokia Maps, which is superior to Google's solution for general mapping and navigation, there may well be times when you need to look something up on Google Maps, which (arguably) has better 'points of interest' built-in. Although you won't get StreetView, there's a very passable Google Maps client for Symbian^3 class phones, GeePS, which handles searches, browsing around and directions. GeePS does have a completely unique interface which takes some getting used to, but it does work - and pretty quickly. 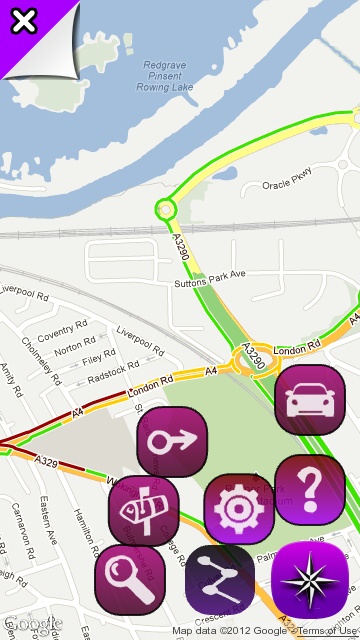 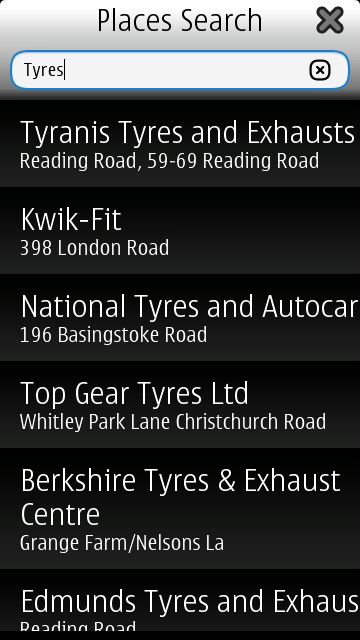 Also worth noting is that Google's old (free) Symbian client for Google Maps, v4.1.1, which had been unavailable for a while, is now available as a direct download here, though note that the interface is effectively just as quirky as that of GeePS, by virtue of being built for d-pad driven phones and then adapted for resistive touch devices! You do get StreetView though, plus there's the option to sign in to Latitude, Google's somewhat forgotten social positioning system. Good to see this app supported again officially, anyway, even if it's very unlikely that Google will ever update it. 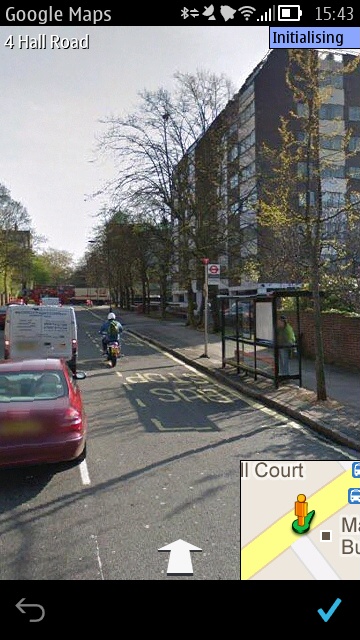 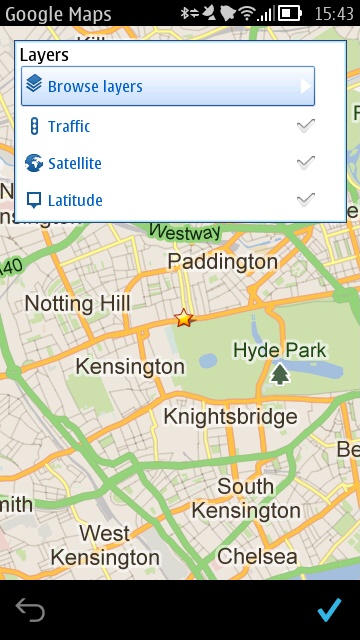 One of Google's crown jewels, the ubiquitous YouTube client works better on Android than on any other platform, naturally. There's an ageing Symbian client, from the days of S60 5th Edition and one which still works on 240p low resolution streams - avoid this at all costs.

There are several third party YouTube clients, with varying degrees of legitimacy in terms of accessing Google's YouTube HQ streams, including AAS favourite CuteTube, but I generally use the newly HTML5-ised YouTube mobile home page, shown below. With all the usual YouTube account features and putting out 360p video streams which are perfect for the nHD displays on Symbian, m.youtube.com is all most of us need, just bookmark this and you're done... 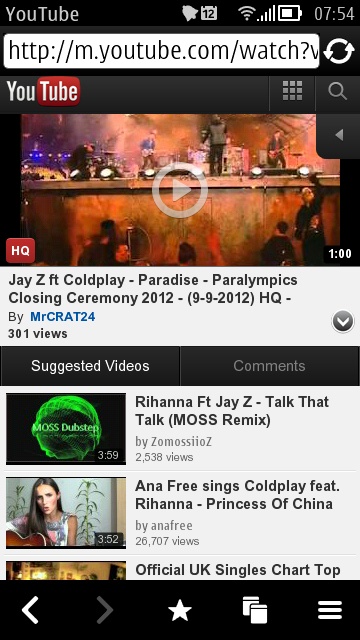 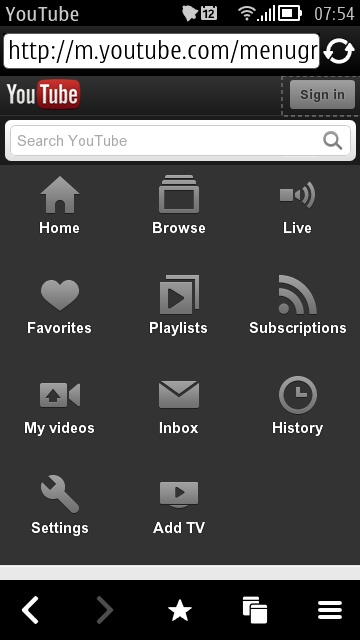 Ah yes, the controversial (has it taken off or is it a failure??) Google social network. I use it and enjoy it, which is why I sought out a way of getting a usable Google+ experience on Symbian. There's no client as yet (from anyone), but again the mobile HTML5 version comes to the rescue - see here for my feature on this - the setup takes a moment and there's a small caveat or two! 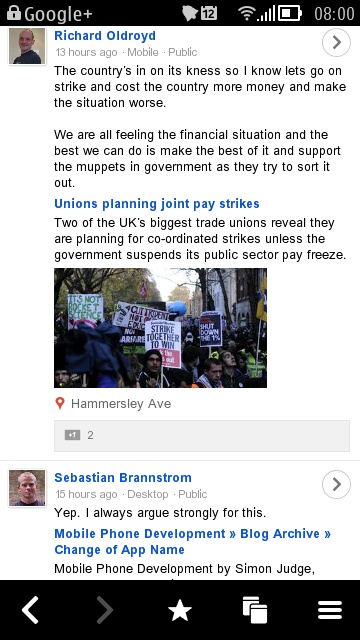 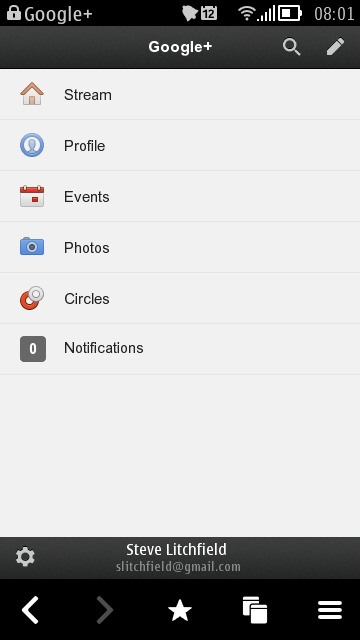 Yes, now renamed by Google, you can indeed access this via a web interface, but it's strictly read-only. Don't be too disheartened - it's still a useful way to access all your documents online, for reference purposes anyway. What was that letter reference? What did you say about that product two years ago? And so on... In this case, just go through m.google.com and, yes, bookmark it when you get there (shown here with my other Google-related bookmarks in Web on my Nokia 808). 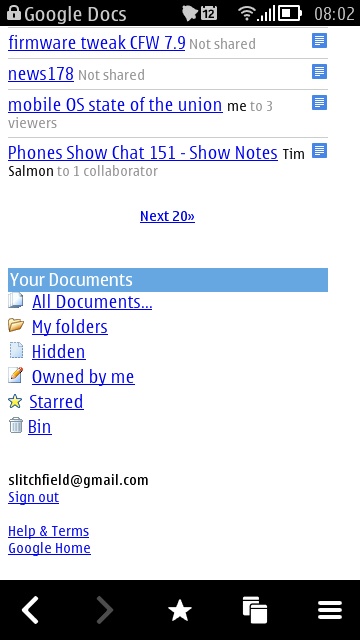 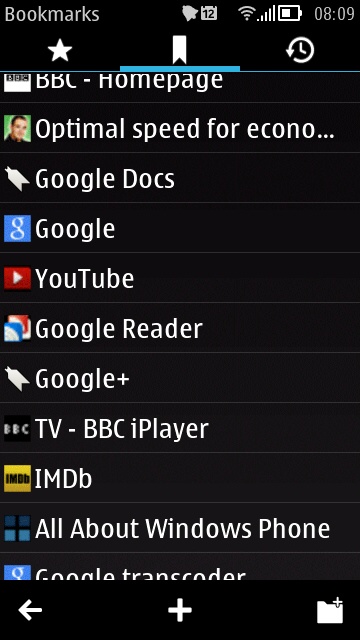 Also worth noting is that Smart Office, a third party suite, lets you open Google documents for editing, though you can't save changes back to the server, they have to be saved locally on your phone.

There's just enough Google goodness in the apps and pages above to keep me happy, living in the Google cloud and Symbian ecosystem at the same time. Like an acrobat at an Olympic ceremony, it's a tricky balance at times, but I seem to have managed it!

Comments welcome on how you get on. Are the solutions above enough for you in a Google-centric world?

Filed: Home > Features > How to: Get Android on your Symbian smartphone