Another week, another challenger to the Nokia N8's camera crown. This time the HTC One X, a fast, large screened Android 4 smartphone with next-gen camera hardware, including dedicated image processor, F2.0 aperture and variable intensity flash. It's very fast at taking rapid fire photos and has the nice trick of being able to shoot photos and video concurrently, but what I was interested in, as always, was whether the photos it took were any good! Using six varied test cases, I too a closer look....

For a full review of the HTC One X, you'll have to be patient for another week and wait for Phones Show 166. It'll be a cracker, since the HTC One X is really generally a fabulous smartphone - the processor's quad core and the display is unbelievable. However, this is a camera comparison and the device produces photos which aren't as detailed or as pleasing as those from the 2010 Nokia N8 - the much larger sensor, the Carl Zeiss optics and the Xenon flash all add up to images which still rule the (camera) phone world in April 2012.

And it's worth remembering that the N8 itself produces images which, arguably, pale compared to its own successor, the 808 PureView, coming in a couple of months. But let's not get ahead of ourselves. I took the N8 and the One X and tried a number of test shots in various conditions.

People have asked why I keep comparing modern camera phones to the N8 - it's not that I see them as direct competitors in terms of overall aims and functionality. But one has to have a benchmark, something to measure everything else against. As the best (and something I always have to hand), the N8 camera is this benchmark, at least when comparing phone camera functions. So, for example, phone A's camera gets 'close' to the N8, while phone B's unit is miles away. You get the idea.

My previous comparisons have been criticised for cropping in too far when trying to compare captured detail, so in some of the test shots below, I've kept the crop level less severe, to look at things like coloration as well as detail. 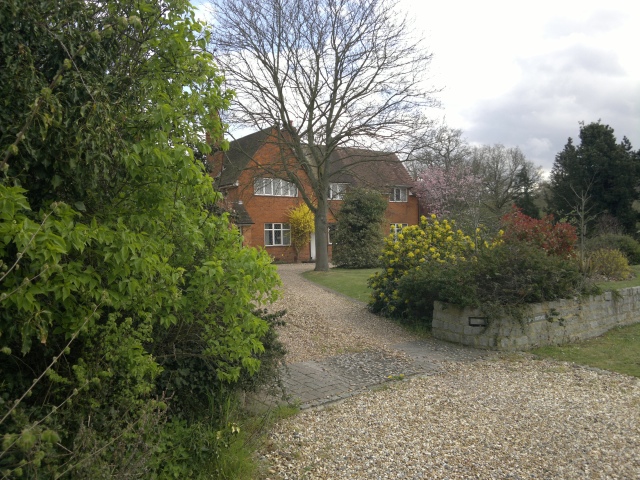 Here's the relevant crop from the N8 and One X's captures of the scene above. N8 on the top, HTC One X beneath: 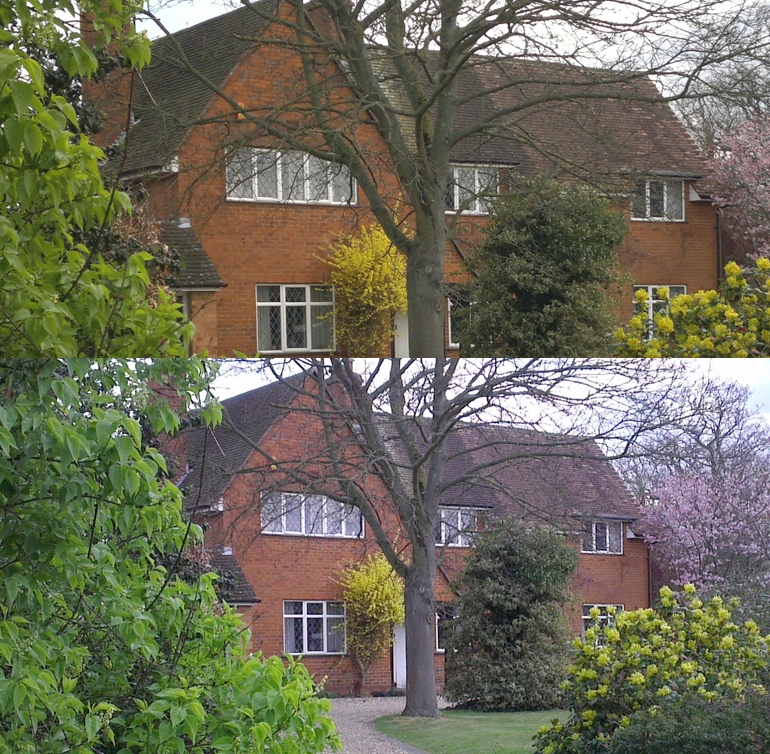 Simply no comparison here - the colours and detail from the N8 snap are miles superior. The margin of difference here does point to the One X having a small (probably 1/3.2") sensor and one with fairly poor dynamic range. Not a promising start to this head to head, really....

(With both phones in 'Close up' mode, though it's worth noting that it took three tries to get the One X version focussed - the automatic focussing kept making a right mess of things...) 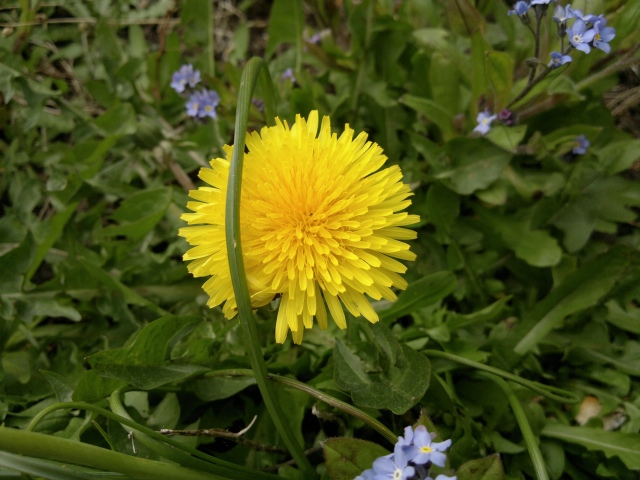 Here's a fairly tight crop from the N8 and One X's captures of the scene above, looking at raw detail. N8 on the top, HTC One X beneath: 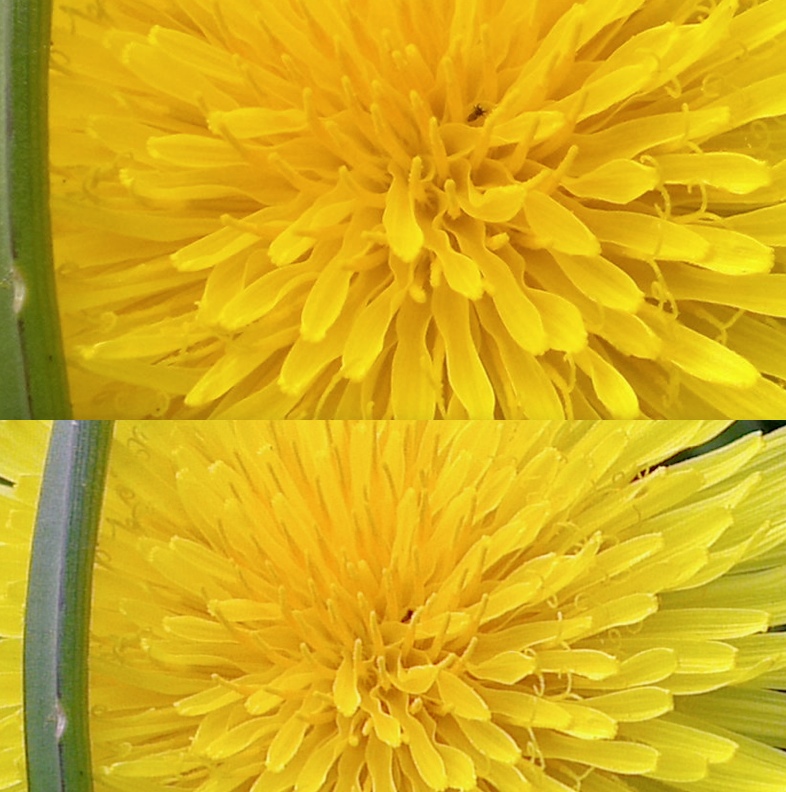 The One X's version gets slightly closer with this close-up, though there's still significantly less detail (part of which is down to 8mp versus 12mp, but part is also down to the cheaper sensor and optics) and the use of processing algorithms (mainly sharpening) is evident.

(As an example of the extra detail in the N8 version, look at the insect - you can even see the creature's legs!)

Shots with extremes of light and shots with text in always make for good comparisons: 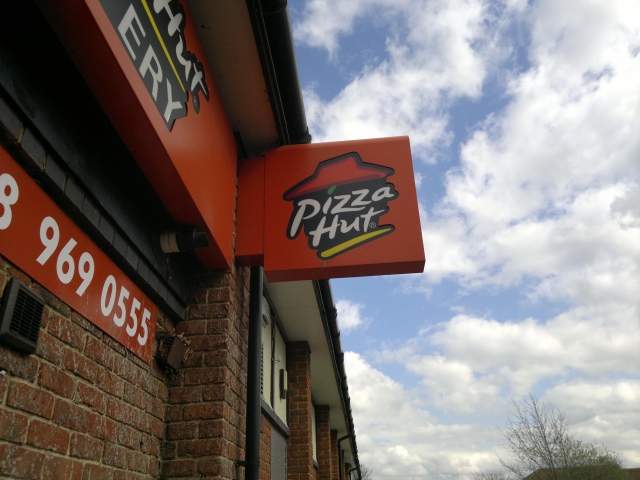 I wanted to find out how much sharpening we're talking about with the One X's camera. Here's a really tight crop from the N8 and One X's captures of the scene above, looking at the text in the central sign. N8 on the top, HTC One X beneath: 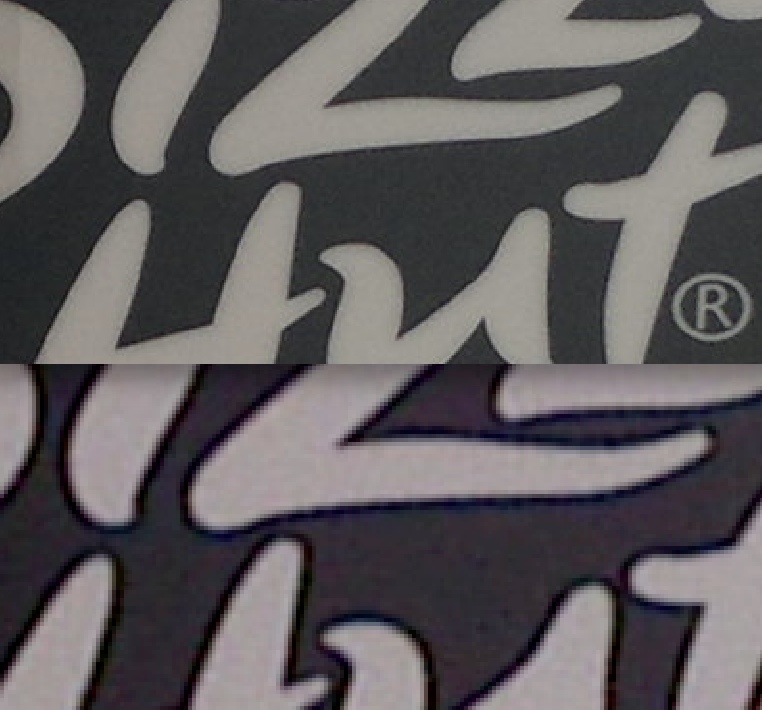 Typical of just about every lesser camera phone on the entire market, the One X's photo shows dramatic sharpening of edges, leading to unpleasant artificial borders where blocks of colour meet.

Typical indoor office/shop snap, one of my favourite shelves in the supermarket(!!), cropped close enough to see differences in quality. 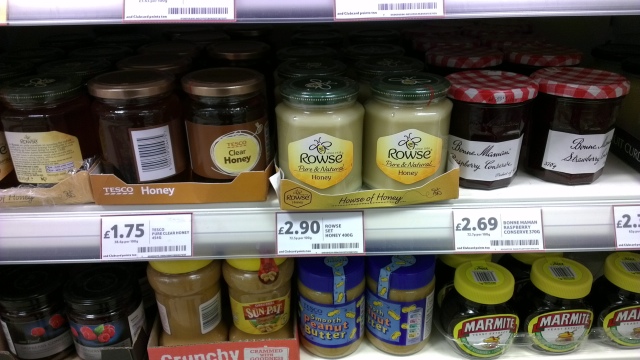 Here's the relevant detailed crop from the N8 and One X's captures of the scene above. N8 on the top, HTC One X beneath: 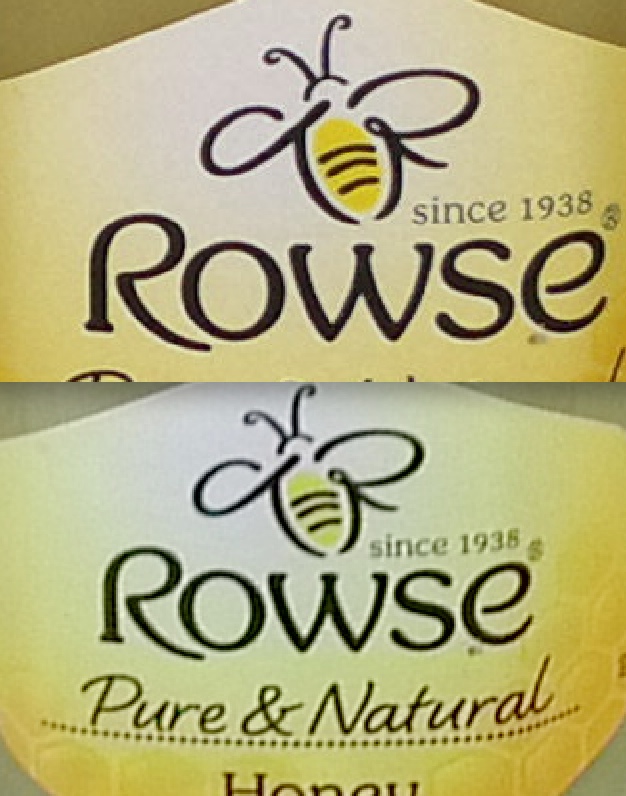 With less light available indoors, the larger sensor in the N8 comes to the fore. In truth, the One X's snap was surprisingly good when viewed as-is, but the detailed crop above shows more consistent colours and extra detail in the N8's snap.

Typical conditions for a posed subject at a party or in a living room. 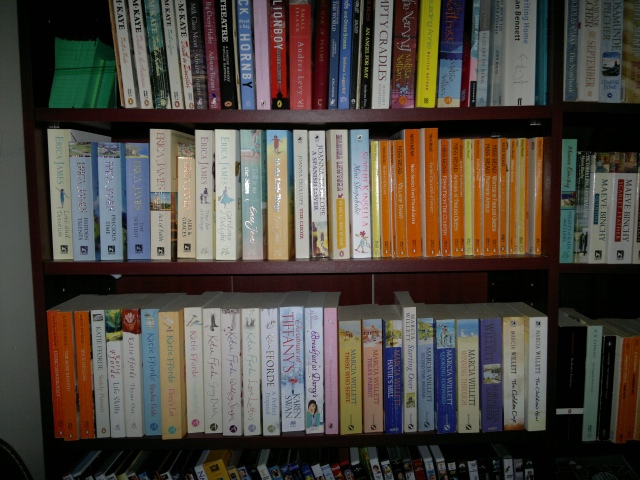 Here's a slight/typical crop from the N8 and One X's captures of the scene. N8 on the top, HTC One X beneath: 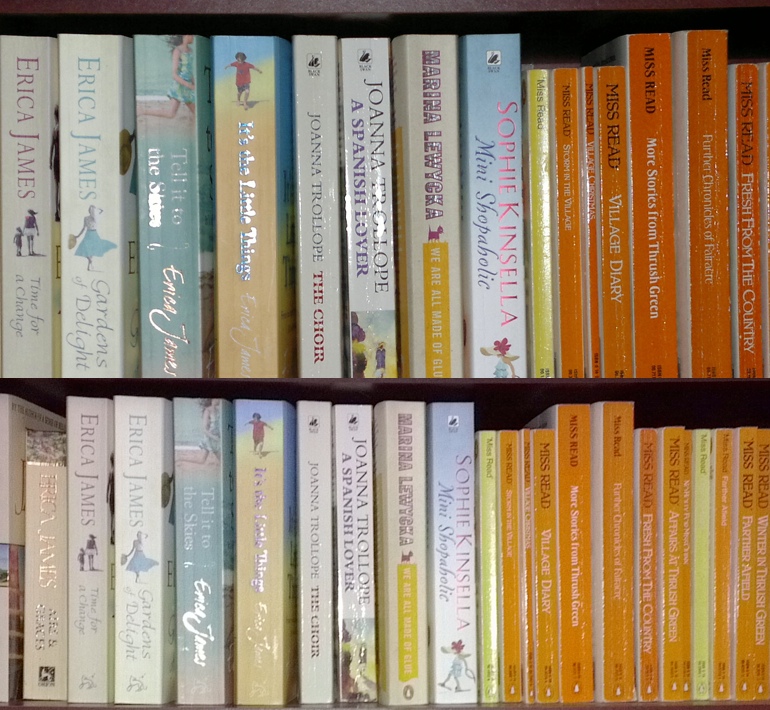 The One X's results are again surprisingly good in this low light situation. There's not the same crispness as with the N8, but for static subjects I suspect most people would be happy with the One X's low light shots, helped by a F/2.0 aperture and a variable intensity LED flash.

Of course, once moving subjects are involved (i.e. people) there's the usual danger of blurriness, which is where Xenon flash again scores by 'freezing' the action. 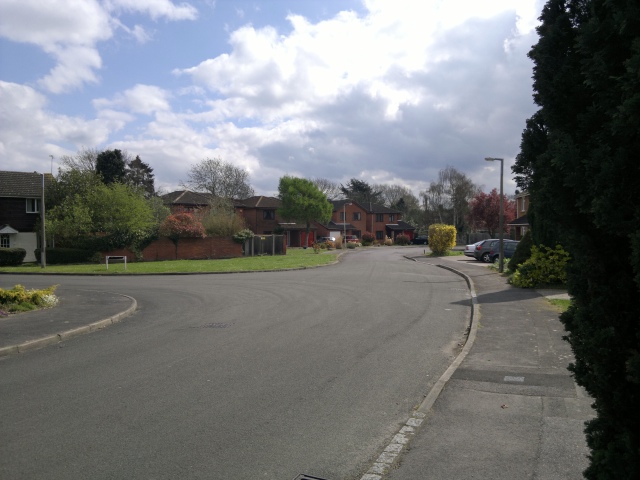 Here's a very close crop from the N8 and One X's captures of the scene above. With plenty of light available, I wanted to look at raw detail captured from the sensor. N8 on the top, HTC One X beneath: 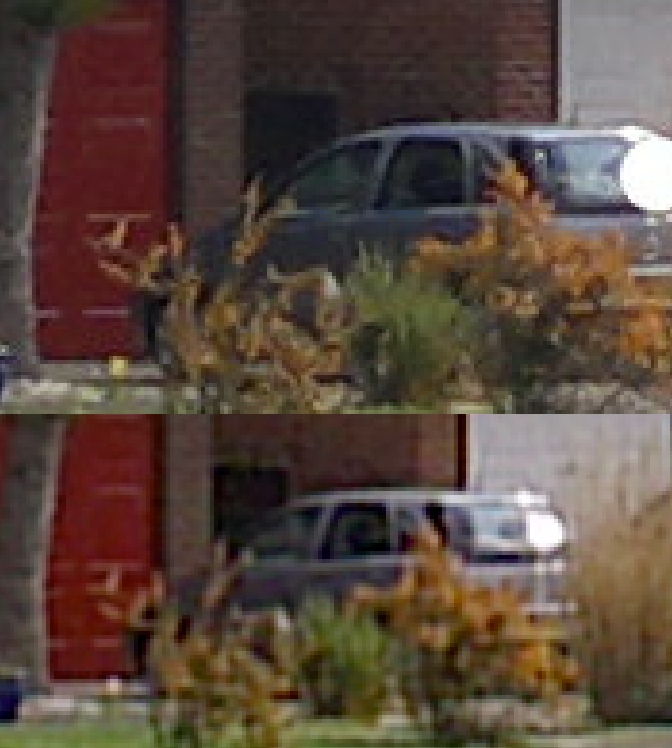 Again, the One X's camera didn't do too badly for an 8 megapixel sensor, but the extra resolution and almost non-existent sharpening in the N8 image make for a better photo overall. I've lost count of the number of N8 12mp photos that I've been able to crop a great 3mp image from later on without seeing any pixellation or having to upsample, etc.

I hope I've been flexible in cropping to appropriate degrees above, in order to test out different parameters in the phone cameras. In terms of ranking in the current smartphone line-up worldwide, arranged by camera performance in all conditions, I'd suggest:

Comments welcome, as always. it's absolutely true that the clarity and size of the One X's next-gen display, combined with the speed of capture, make for a pleasant photography experience. Set against that is that there's no shutter button, so you have to use an inferior on-screen virtual button, plus (as shown above), the photos themselves aren't actually any better than the competition.

Still, progress overall from HTC, especially in the context of the One X's other significant redeeming features. Meanwhile my N8's still sitting smugly in the corner but keeping a watchful eye on the box marked '808'....

Steve Litchfield, All About Symbian, 4 April 2012