The mystery of the missing album art

For years Symbian users have suffered an irritating problem with their music collections. By that I don’t mean buying Eurovision entries in moments of madness! Rather, it’s been our missing MP3 album art. Nobody has found a definitive pattern or a universal solution - until now. After some tinkering, I found the solution was related to different versions of the MP3 ID3 tag standard. It isn’t that difficult to fix either, as I’ll explain in this guide.

As regular readers may know, I’m a Linux user. Since we’re also now writing for All About Windows Phone, I’ve been spending more time in Windows 7 and familiarising myself with its quirks. The album art discovery was a byproduct of this research.

To my surprise, I found that Windows Media Player and Zune desktop were failing to detect a significant portion of my music collection. Upon investigating, I found a reference that reported on Windows Media Player’s inability to read version 2.4 ID3 tags. Sure enough - after converting all my tags to version 2.3, Windows detected all my music correctly. Details on how to do the conversion are given later in this article.

Having successfully addressed the problem in Windows, I wondered if the same issue might apply to the Symbian Music player application.

As anyone who has wrestled with the Symbian music library will know, you have to be very careful that Music doesn’t read from old metadata on newly updated files. Therefore I took my N8 and wiped the microSDHC card which hosts a copy of my entire music collection. I then forced Music player to refresh its library - this made sure that Music player knew there was no music on the device.

I then copied my MP3 collection, with newly updated version 2.3 tags, back onto the microSDHC card. Once the lengthy transfer was done, I put the card back into the N8 and refreshed the Music library again. To my amazement, almost all of my album art was displayed.

To double check my findings with Symbian Belle, I performed a similar process with our Nokia 700. I copied a set of albums to a memory card, ensuring to get a mixture of album art behaviour. Making sure that all files were set to ID3 version 2.4, I installed the memory card into the 700. After refreshing its music library, no album art was shown at all. Again, I wiped the card and refreshed the music library. On my laptop, I converted all of those albums back to ID3 2.3, and copied back to the memory card. Upon refreshing the music library on the 700 again, album art was displayed on every album. 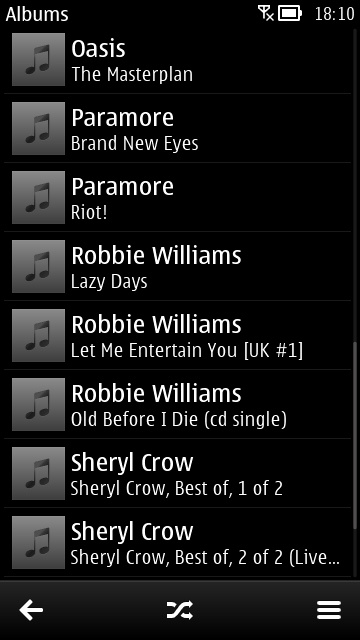 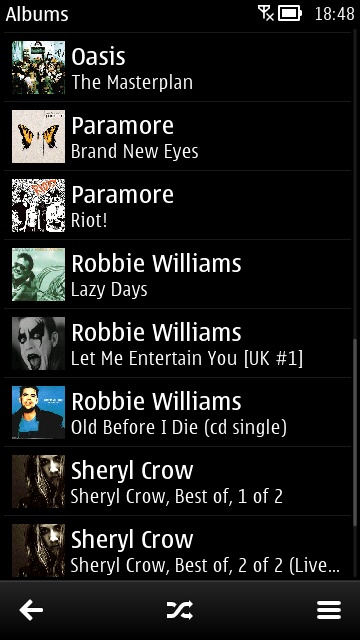 Album art before and after on the Nokia 700.

Going back to the N8, I took a closer look and found that only two out of two hundred albums were not displaying album art - despite having the images embedded in their files. Upon closer examination I found that some MP3s within both of those albums had different, or missing, album art to the majority of the files. Therefore, I concluded that for album art to display properly, every file in a given album must have exactly the same image embedded in its ID3 tag. After correcting this, both albums displayed properly.

Note that my music collection has album art images embedded in every file, rather than having a single “Folder.jpg” file.

How to fix your MP3 music collection

Step 1
Ensuring you have a copy on your PC, delete all the music from your device. This can either be done via File manager or by connecting to your computer in mass storage mode and deleting from the desktop.

Step 2
Go back into Music player and open the menu and select the “Refresh library” option. In Symbian Belle you’ll find this option in the “Library” sub-menu. This step is important because we need to be sure that Music has wiped its current metadata records.

Step 3
Install MP3Tag on your PC. While there are plenty of alternatives, I have found this to be the most versatile MP3 tag editor available. It’s a Windows application, but runs perfectly under WINE in Linux, and there is also help available for OSX users.

Step 4
Set MP3Tag to ID3 version 2.3. This is done by going to the Tools menu and selecting Options. From the dialog that is shown, select the Mpeg page under the Tags section. In the Write section, set the radio button to “ID3v2.3 UTF–16”. 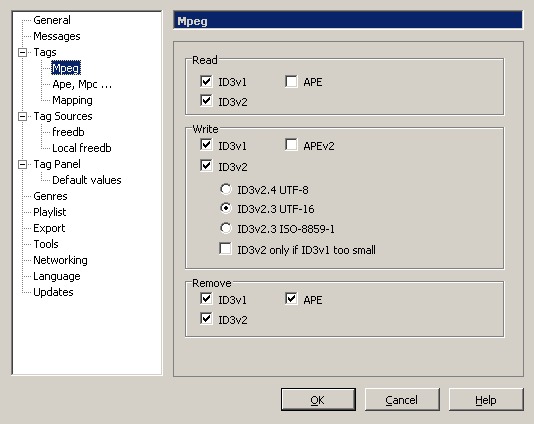 Step 5
Convert your files. Click in the file list area, then press Ctrl-A to select all your files. Then press Ctrl-S to rewrite all of your tags. Note that a more advanced way of doing this would be to ensure that the tag version column is showing, sort the list by that column, then only convert the version 2.4 files. However, selecting everything is the most reliable cure-all - it might cause lengthy uploads with online backup services though.

Step 6
Copy your music back to your memory card.

Using Cover Up as an alternative solution

There may be some of you out there that have bought Cover Up to solve this problem too. However, Cover Up works by downloading separate images and editing the library on your current phone - it doesn’t 'repair' your music files. Then again, my guide might not be for everyone - in which case it’s better to let Cover Up do most of the work for you.

Filed: Home > Features > The mystery of the missing album art