The Search for Internet Radio on Symbian

One of the applications which arrived very late in the day for S60 5th Edition (i.e. Symbian^1) was Nokia Internet Radio - it seems that haste isn't the order of the day for Symbian^3 either, with no obvious multi-station Internet radio clients in the Ovi Store for the Nokia N8, C7 and C6 - yet. However, all is not lost, as I found out when embarking on a little end-November quest for working Internet radio for my N8...

The story so far

Nokia Internet Radio for S60 3rd Edition was my introduction to this wild and spacious world - a world where you can have stations dedicated to just one topic or artist, where you can find content in almost any language on earth, or for any specialist hobby. The client worked brilliantly on the likes of my N95 and N82.

Then S60 5th Edition came along and no sign of Nokia Internet Radio. Yes, a few apps appeared in the Ovi Store, each dedicated to a specific streaming radio station (or group of stations), but where was the real thing, access to the thousands of sites broadcasting away from bedrooms and studios across the globe?

Finally, our patience was rewarded when Nokia Internet Radio appeared for S60 5th Edition and all was well again. But where is the version for the N8 and C7 and other Symbian^3 handsets? Nothing in the Ovi Store. Which got me thinking. It was time to think laterally.

The unlikely-named TuneWiki's main claim to fame is that it goes off to the Internet to search for lyrics to whatever music you're playing. It  either makes a stab at syncing the lyrics to the phrasing in the music or offers you the chance to be 'editor' of that track's lyrics and to provide the 'sync' yourself by tapping on the screen as each line is sung. The database is growing all the time and the interface is pretty cool with nice large album art, all fetched over the air from TuneWiki's servers. 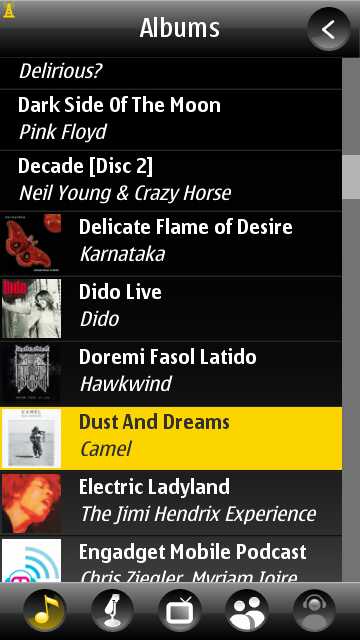 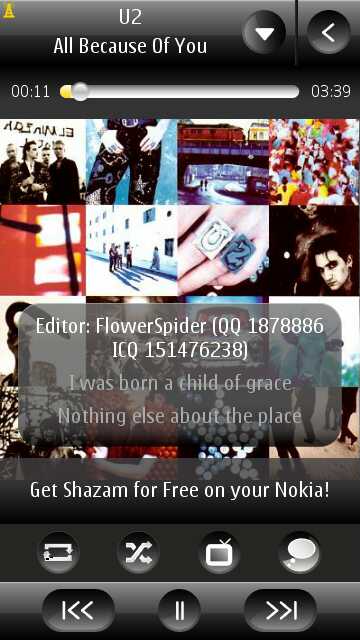 But - TuneWiki has another string to its bow. In addition to using music from your memory card, it can handle tracks streamed over the Internet - which currently means the worldwide network of Shoutcast radio stations. So - yes, Internet Radio, with the addition that you often get album art and lyrics for the music being played by each station, depending on just how niche or mainstream the content is at that particular moment. 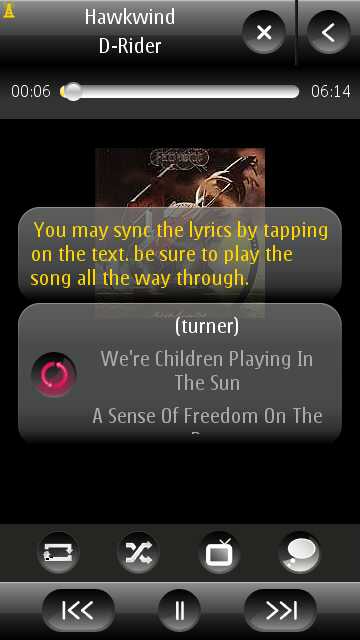 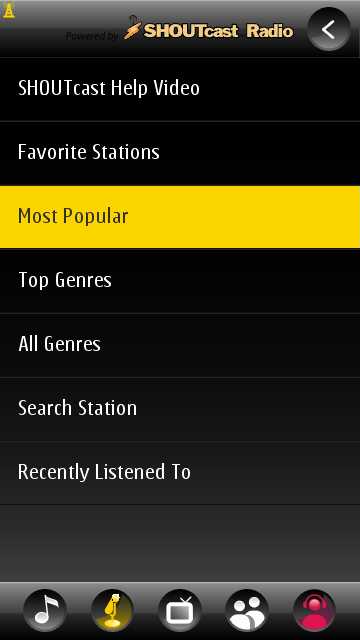 Buffering is fast and there's good information about the bitrate of each station so you know to steer clear of low quality (32kbps) stations if you're after music, for example. 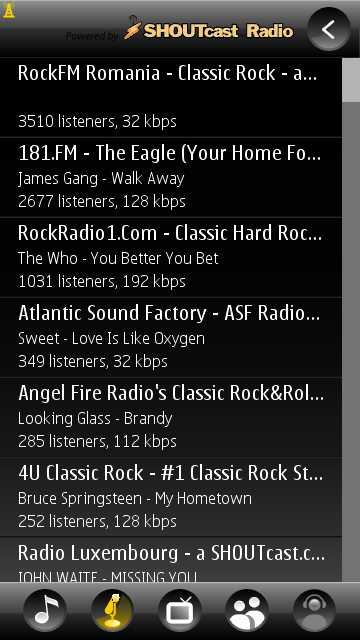 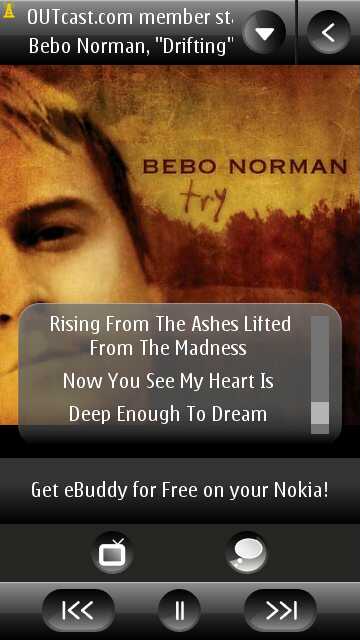 Best of all, TuneWiki is free in the Ovi Store, albeit as an ad-supported app, so you get banner ads included in the main UI - never a problem though. Run, don't walk, and grab this, not just for the Symbian^3 devices but in fact for all Symbian touchscreen phones.

Great though TuneWiki is, it was rather galling to see the official Nokia Internet Radio now out officially for the older Symbian touchscreen phones like the 5800 but not available for the N8 and C7. Having waited 18 months for even this version, I don't recommend waiting a similar length of time for it to be adapted for Symbian^3. Instead, I wondered if there were any showstoppers in simply installing the N97/5800 version on the newer phones. What could go wrong?

The problem, of course, is that Nokia has moved away from providing standalone SIS installers for most of its add-on software, opting to provide it via the Ovi Store or via Sw_update. The solution turns out to be to use the '/Download' feature of the Ovi Store: 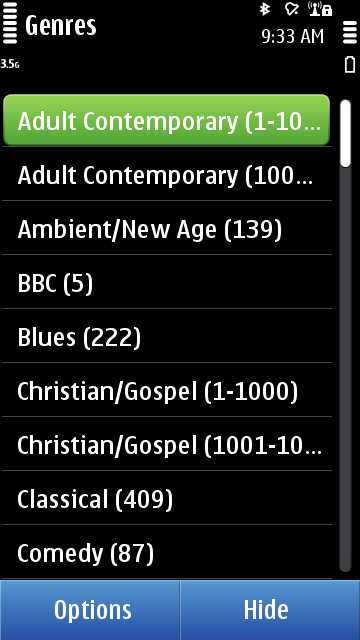 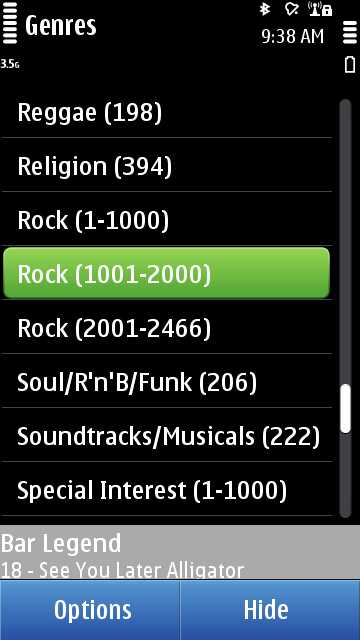 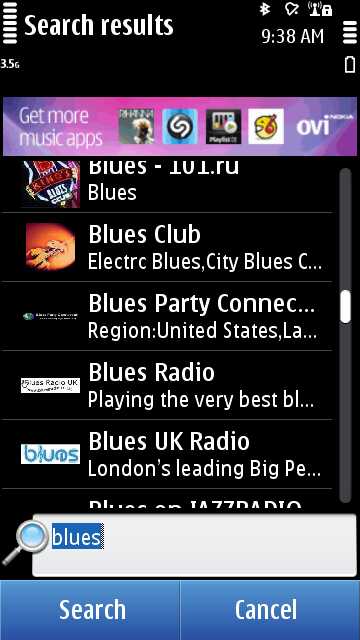 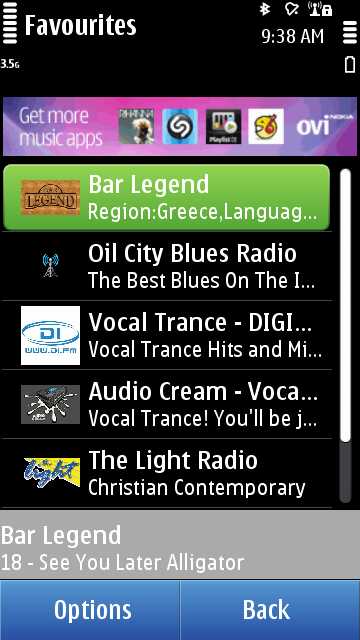 There's also a 'Search' function for looking up a keyword in the entire directory of tens of thousands of radio stations.

Options>Details within the playback screen gives you the tech details that you'll probably want to know, including the bitrate being broadcast. Plus there's a big Ovi Music button, should you want to try looking up that track in Nokia's Music store - though by the very niche nature of Internet radio, the chances of whatever you're listening to being IN the store is actually quite low. 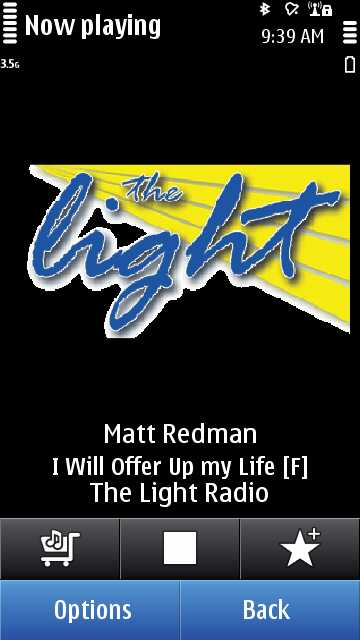 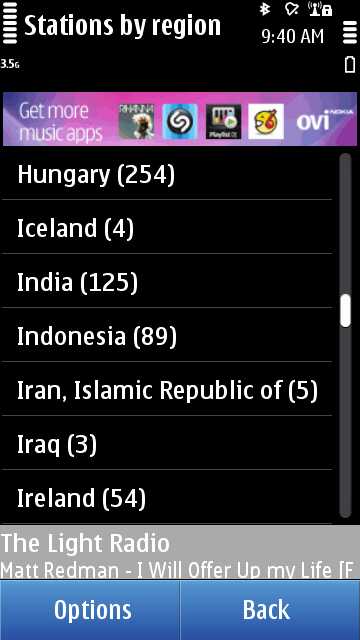 It's worth noting that as Nokia Internet Radio, in this form, is built for S60 5th Edition:

These notes apart, Nokia Internet Radio works pretty well on the N8, C7 and sister devices. But, Nokia, if you're listening, please put in the couple of man days of effort needed to get this fully tweaked for Symbian^3 phones - Internet Radio can be utterly addictive and Nokia's devices with their decent speakers are a great platform to show it off.

Two options then for worldwide Internet Radio on your Nokia N8, C7 or C6-01 - happy listening!

* If you're having real problems with editing the downloaded file then here's one I prepared earlier...

Filed: Home > Features > The Search for Internet Radio on Symbian