E7 vs E90: Evaluating the new and old Communicators

And so the E7 has been announced and shown off, at Nokia World 2010. And you've already had your say, in our big launch news article and the hundreds of comments. Anssi Vanjoki made a big deal about how the E7 is being pitched as the new 'Communicator', the replacement for the venerable E90. With that in mind, I thought it might be helpful to produce a blow by blow comparison of the two. Can the E7 really replace the E90? 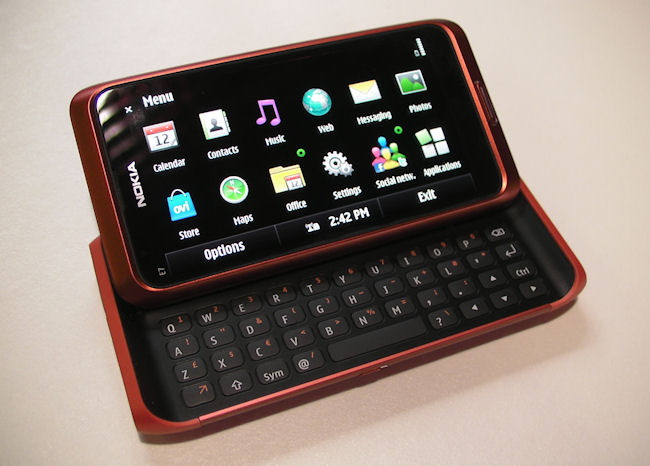 Expanding my comments in the original E7 launch story, I should note that I had a play with a pre-production E7 a while back and loved the overall form factor, with one caveat: the raised keyboard edges made thumb-typing on the edge keys a little awkward. In addition, the keys look to have less travel and overall feel than those on the E90 - though it's worth noting that later variants of the E90 had keys that were apparently a lot 'flatter' than those on my E90 (late) prototype.

The screen mechanism is almost a direct lift from the N97 - I haven't heard of a single N97 (or N97 mini) hinge breaking yet, so, despite the apparent fragility, I'd expect this to work very well. I also haven't heard of many E90s failing in terms of the hinge cable - reliability was always one of the watchwords of Nokia's Communicators and Eseries in general. Certainly having the display raised up at an angle fits in well with the 'desktop in your pocket' business focus and it'll make a good professional communications tool. There's only the one angle, of course, whereas on the E90 you could choose almost any angle you wanted.

The continued (from the N8, with which the E7 shares a lot of internal components) use of the BL-4D 1200mAh battery is a worry though. I know there are power efficiencies involved with the new chipsets and Symbian^3, but the Communicator range has always featured the biggest and best batteries that Nokia make, with careful use, some people have nurse-maided an E90 through a week on one charge while on trips away. In contrast, the E7 introduces use cases (as with many 2010 smartphones) - navigation, video playback, extended web browsing - which demand high battery drain - add these to the smaller battery and there's an obvious mismatch. For a consumer 'fun' smartphone, running out of juice at 4pm just means you won't be able to listen to music on the tube train home. For a serious business tool, running out of juice at 4pm means missing a deal or not being able to handle some critical emails. Not good.

Making this worse, the Communicator (like most pre-2010 phones) has always had a replaceable battery, giving the convenience of being able to swap batteries on the fly if needed (Rafe and I have been known to travel with several spare BP-4Ls in our pockets!) With its aluminium body, the E7 is like the N8 and has a non-user-replaceable battery - which in my view is a definite negative point. Sorry, Nokia - this is one Apple-esque trend that I really don't like and which will come back to bite E7 users in the years ahead - after a year of regular use, a 1200mAh battery will have fallen to about 1000mAh of usable capacity - which isn't a lot for a business-critical, 4"-screened Communicator. 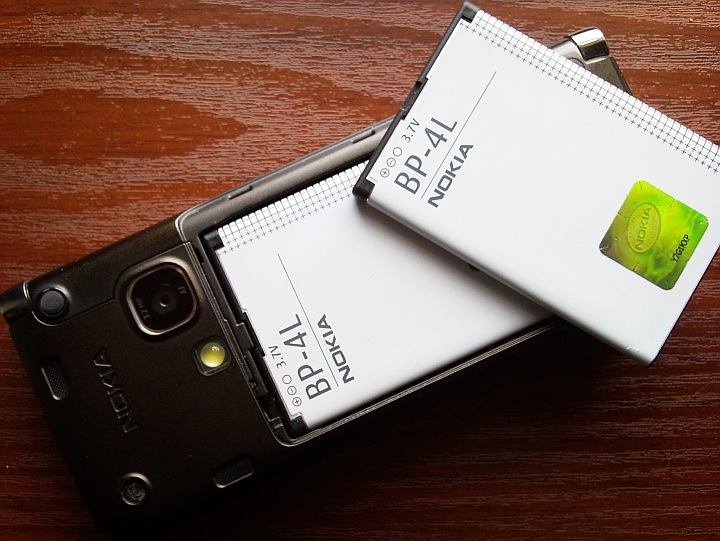 Along the same lines, not having a microSD slot is also annoying. Like many people, I'm used to carrying around a lot of media on a large microSD (16GB, in my case) and it's a real pain to come upon a device which doesn't accept cards. Yes, 16GB is a lot and most E7 owners won't fill it unless they opt to auto-fill from their music collections. But there'll be no taking captured 8mp photos or 720p videos and putting a card into a printer or other home media device, which is a shame. One saving grace is that USB on the go will at least let you copy files directly from the mass memory to a USB memory stick or microSD in a card adaptor - but it's all rather more fiddly than on the card-equipped E90.

Nokia's defense is that, with the unibody construction, there simply wasn't a way to include a microSD slot - and there's no battery cover, ergo you can't stick it under that either. Which is a trifle circular, since if they did have a removable battery.... see above!

Screen resolution has been widely commented on - looking at the raw numbers is a little disconcerting, with the four year old E90 having higher resolution, in terms of raw pixels, than the brand new E7. In practice, I don't believe that the 140 pixel difference in horizontal resolution will make much difference to most people. Yes, I'm sure my 11 year old with her eagle eyes could tell that the E90 showed sharper web renderings or more detailed photos. I know that my 48 year old eyes almost certainly can't. Given that the E7 is definitely aimed at more 'serious' buyers, who are more likely to have more years under their belts, I don't think screen resolution will be a serious issue once we get hold of the E7 and start using it for real. 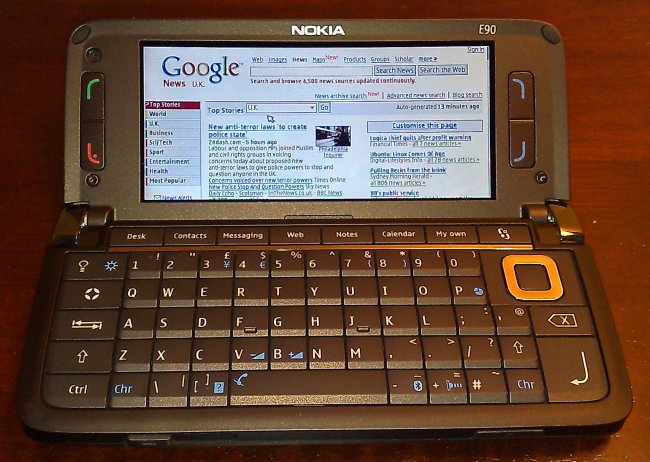 Finally, although taking photos and video isn't a front and centre use case for the E7, and despite my own assurances to people that EDoF cameras make great 'snap-takers', not being able to focus on an A4 document to 'capture' it and not being able to focus on a 3" business card (as you could do with the E90) is going to be a showstopper, those are core functions for some professionals.

Coming from the E90, there's a lot to like about the E7, of course, from the smaller, slimmer form factor and the extra brilliance of the screen to the far slicker handling of media (compared to the E90), plus modern tech like HDMI, a digital compass, pentaband 3G, Dolby Surround Sound and modern software extras like the built-in support for social widgets and clients, the Microsoft Exchange support out of the box, the possibility for great games. But I keep coming back to the 'x steps forward, y steps back' thought - yes, x may be greater than y, but shouldn't y be as close to zero as possible? 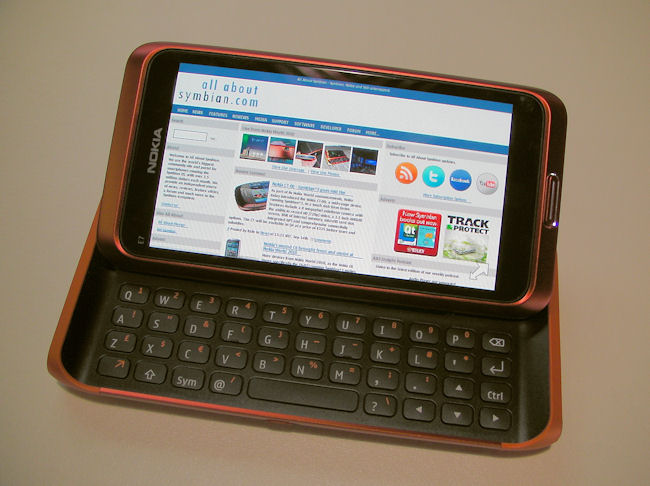