One year of the Nokia N8: the ultimate 'long term review'?

Exactly a year ago, to the day, Nokia released the N8 to the world's press (and to a few lucky people able to get to the few flagship stores), just making their own Q3, 2010 deadline. As of two hours later, my main SIM went in the N8 and, a few review and retro dalliances aside, has been in it ever since. For anyone who's followed me over the years, that's nothing short of incredible. The same phone for 12 months. And there's still nothing to replace it. Here's the N8 story and here's why it's lasted. 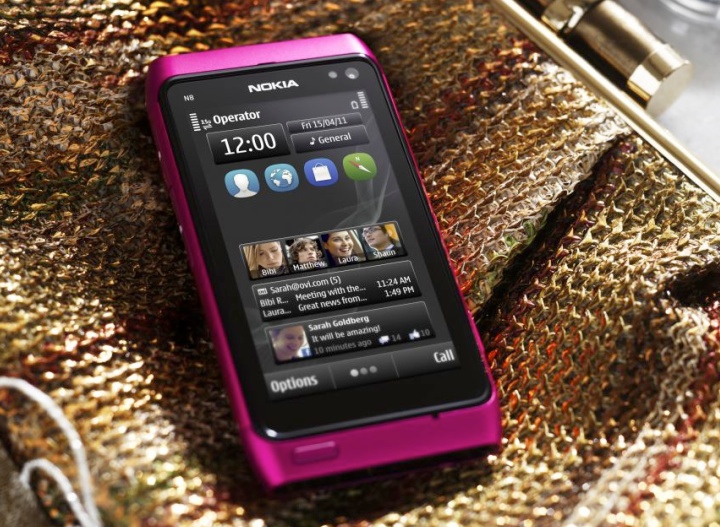 The N8 was, it's fair to say, quite a while in development. Announced to the world in April 2010, the hardware was ready much earlier and then everything had to wait for Symbian^3 to be 'finished'. As is usual with Nokia, 'finished' is a relative term(!) and we've seen a number of major firmwares (listed below), bringing bug fixes, new application features and even a user interface revamp (in Anna), over the 12 months, with Nokia claiming that it's not finished yet - there's an intention to update the N8 to Symbian Belle in a month or so's time - another major UI improvement.

Luckily, the hardware can match up to all this software tinkering - because it's that good. The only ways in which the N8 is dated in terms of hardware are in the AMOLED display, which is good but doesn't have the ClearBlack Display technology that (say) the E7 has. And in its display resolution, arguably, though nHD is perfectly fine at 3.5" to my eyes, as I argued yesterday.

April 2010 - The Nokia N8: Imaging champion with a five year legacy - a look back at the history of Nokia and cameraphone leadership

From October through November 2010, Rafe and I then went through the N8 with a fine toothcomb, producing a 20,000 word, six part review of every aspect of the phone: part 1 (hardware), part 2 (camera), part 3 (multimedia and games), part 4 (email, web, connectivity), part 5 (real world, performance, application set, homescreens) and part 6 (hardware innovations). In fact, we never actually formally concluded the N8 review, though 20,000 words was probably enough and it's not as if we haven't written many other summary articles on the device!

October 2010 - Xenon-drenched smartphone flagships: Nokia N8 vs Motorola XT720 - pitching the N8 against the only non-Symbian smartphone to have a Xenon flash

Christmas Eve, 2010 - One day you'll look back... and be glad you had an N8! - because Christmas photos taken on almost any other phone will be blurry and unsatisfying

March 2011 - Video capture comparison - Nokia N8 and E7 - comparing video to that from the EDoF-equipped E7: it's fair to say that the E7 video looks sharper in good light, but the N8's video will still work when the sun sets

May 2011 - Nokia N8 vs Xperia Arc: camera champions head to head - this time, comparing to the best Android camera phone of its time

May 2011 - Why the N8? Because, for me, it's still standing out for me in a competitive world - a preface for this very article, perhaps?

So quite a list of updates and editorial then, totalling almost 40,000 words. Much of why I (and many others) still love and use the N8 is contained in the articles above, even in the face of a massive rollout schedule of flagship Android and Windows Phone smartphones through the year (there's even, shhh, a new iPhone coming next week?). As I say, it's unprecedented for me to still be using the same smartphone after 12 months and, to be honest, with nothing else announced that is vying to replace it in my pocket. Which means that it may be left to an N8 successor to finally accept the baton, maybe in another 6 months time - meaning that the N8 will have lasted 18 months as my main device. Staggering.

But why has this happened? Let's crystallise why the N8 is still so unique. What has it got that nothing from the Android, iOS, Windows Phone or Blackberry world can match? From the wealth of commentary linked above, I'd like to pluck out three highlights:

So much has been written about the N8's camera and so many manufacturers have tried to get close to its abilities and failed. Samsung has gotten closest, with its somewhat miraculous (I still can't work out how Samsung do it!) Galaxy S II's little camera unit, but even it falls short in terms of resolution, detail and low light performance. This has largely to do with the enormous sensor used. At 1/1.83" (optical format), the sensor simply has far more light-gathering area than any other 2011 phone camera. In fact, I did some heavy duty maths, calculating the sensor area of a number of comparable camera smartphones, allowing for the lens aperture size used (the 'F' number) and even allowing an extra 30% capability for the recent crop of devices with BSI (Back Side Illuminated sensors). Even with this latter compensation, nothing could get close to the N8:

Add in the way that very bright conditions (e.g. direct sun) are also handled better because of the Neutral Density filter and higher F stop, add in the proper 'glass' Carl Zeiss optics, and it's clear why the N8's camera is so very adaptable and capable. 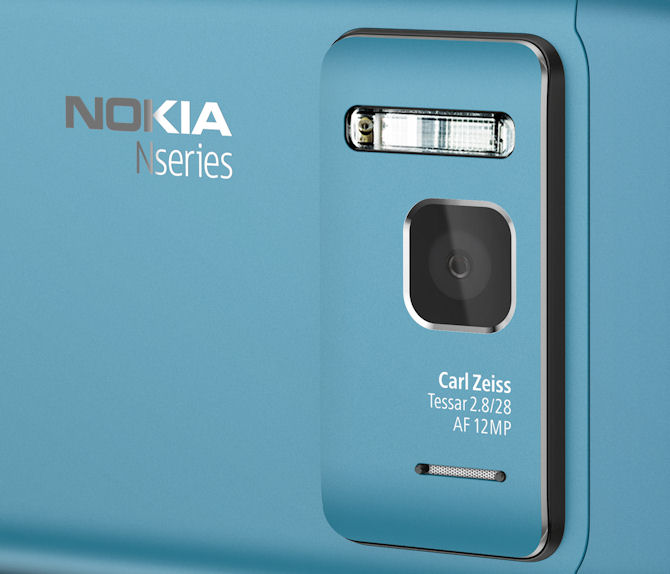 Surely, surely, I don't need to repeat my infamous "Xenon rant" all over again? Suffice it to say that the N8 has a proper flash. Every other competing 2010/2011 smartphone (bar the now obsolete Motorola XT720 and Sony Ericsson Satio and the completely rubbish HTC 7 Mozart cameras) simply has a token LED effort. Take the N8 to your event, party, bar or office 'do' and you'll get some great snaps. Take any other phone and you'll have thirty blurred and poorly illuminated bits of modern fuzz art.

Often underrated, but recognised by anyone who's tested such things, the Nokia Nseries team keep pumping out devices with top quality audio. Whether listening via headphones (the N8 comes with a super in-ear set), via speaker (the N8 has a large speaker and dedicated power amp) or via the built-in FM transmitter (now renamed 'Play via Radio') through your car speakers, the N8 produces sumptuous quality. And it's yet another reason why I stick with the device. Some other phones (e.g. the SGS II) can match its headphone quality, some (e.g. the Sony Ericsson Xperia Play) can match its speaker output, some (ok, so only other Nokias!) can match its FM transmitter, but only the N8 has the whole audio package.

Add in the dual charging, the mass memory and microSD capability, the tank-like build quality, the sumptuous metal shell and you'll see why the N8 is a hard act to follow.

Hard as it might be for you to believe, I'm not trying to be a rabid N8 evangelist - I'm simply reporting back on a year of use. That's right, a YEAR. Perhaps the ultimate 'long term review'? I possess many other smartphones and I usually have half a dozen review loan devices on my desk as well and there's nothing stopping me switching my main SIM into any of them for as long as I want. But no single device has ever captured my SIM for more than a few days - the N8 has managed a full year so far.

The N8's not perfect - far from it. But its unique selling points are... so unique that its other 'flaws' (mainly in software - UI and cloud integration, rather than in hardware) can be readily overlooked.

Comments welcome - can anyone else match my 12 months and counting?