It's no secret that, in comparison to Android and iOS smartphones, some of the 'connected' features on the Nokia N8, running Symbian^3, lack a certain flair. And, though Nokia will improve things, it's still entirely possible the N8 won't offer quite such 'joined up' functionality as the competition. But - one day you'll look back on your ownership of your phone in 2010, 2011 and 2012 and, especially at Christmas and over New Years events, you'll be extremely glad that the N8 was the device that went everywhere with you. Here's why. 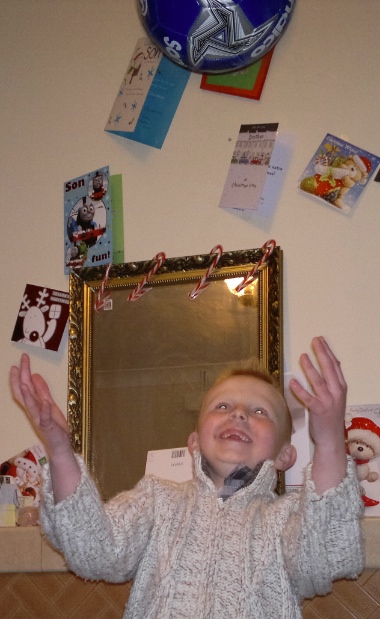 (Apologies to those who have read some of my previous rants about camera phones needing Xenon flashes - this editorial contains some of the same elements, but I thought the point well worth re-emphasising)

Christmas. New Years. They're about getting together with friends and family, huddled inside in the warm (in the Northern Hemisphere, at least), tinsel and festive lighting, hours of catching up and appreciating each other. It's about parties and meals and giving.

Almost none of which will be done in beautiful sunlit conditions. Which means that, if you trust your phone to capture your memories of these events in indoor/evening conditions (however many fairy lights are turned on), you're also going to end up disappointed - the average smartphone (even of the Nokia N95/N96/N97 ilk) is going to provide very hit and miss results. People will be slightly blurry, everything will have a speckled hue and you'll curse yourself for not bringing along a decent camera to each event. Blasted convergence.

Unless you have a Nokia N8. I've used just about every camera phone available in the last 8 years and, at last, we have a smartphone that has the flash (Xenon) and the sensor (largest ever in a phone) to cope with both flash-lit party shots and moody naturally lit Christmas mood scenes.

Yes, as mentioned in the opening paragraph, the N8 and other Symbian^3 devices are in limbo, waiting for their new browser and UI spruce-up. But I'll put it this way. in five or ten year's time, when you're remembering Christmas 2010, will you think "Darn, I hated that period, I wasted whole minutes of my life that month waiting for web pages to load"? Or "2010 was a nightmare for me, my finger used to get so tired in Nokia Social, flicking those slow pages up and down"? Or "That Christmas? Oh, the one where Nokia Email didn't sync my followup items properly and uncle Ted got offended"?

But, when sorting through your photos of Christmas 2010 and New Years Eve events, you will think "What rubbish photos, everything's noisy and blurry, why did I bother?"

Or, if you used a Nokia N8 (or Sony Ericsson Satio, to be fair), you'll think "Cracking photos, really bring back memories, what a great time. And yes, what a great phone my old N8 was..."

PS. There is one downside to Xenon flash. Well, two, if you count not having LED for using as a makeshift torch to get you between houses on those dark Christmas nights. As with most standalone cameras, the flash is so bright that you get reflections from the back of your subject's retinas, i.e. red-eye. This is fairly easy to patch up on the N8 itself or in iPhoto or similar back on your desktop. But it's worth noting. No pain, no gain?

Steve Litchfield, All About Symbian, Christmas 2010