The roll out of the Symbian Anna software update for the Nokia N8, C7, E7 and C6-01 has now started (the editorial N8 now has it, over the air). It is now available in key European and Asian markets including the UK, France, Russia, Indonesia, China and India, with additional markets to follow shortly. Key features of Symbian Anna include virtual QWERTY keypad in portrait mode, split-screen text input, an updated web browser, stronger security, an updated icon set and improved Maps functionality. Plus the Nokia C7 gains activation of its NFC chip. Changelog below.

In the UK and most other markets the Symbian Anna update is (or will be) available simultaneously for SIM-free and operator branded handsets.

The update is available through the software update module of Ovi Suite (version 3.1.1 and higher) and, in some cases, over the air (via Sw update application on the phone), as shown here on the editorial N8. However, given the size (large, at 27MB, just for the basic OS changes) of the update, we strongly recommend you use Ovi Suite to carry out the update (the full ROM image is 290MB or so).

The update process will take around 20 minutes, with the exact timing being largely dependent on the speed of your Internet connection. While all your apps and data will be preserved, we would still recommended following the prompt to perform a backup before downloading and installing the update. 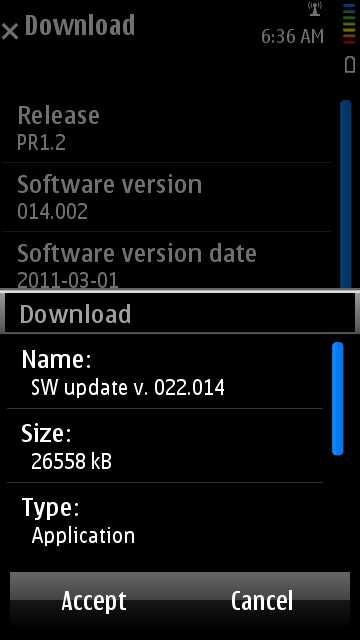 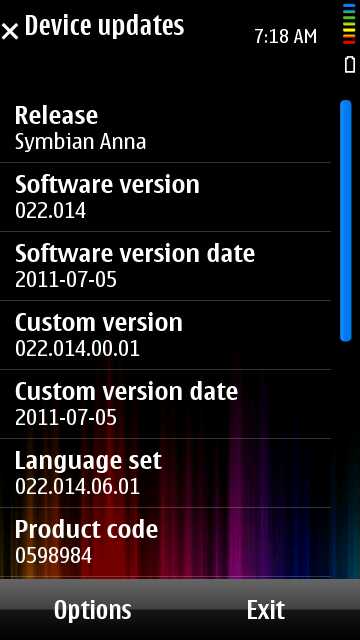 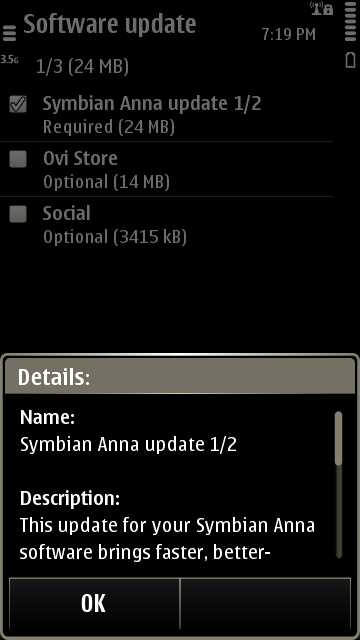 The Anna update has two stages:

10 more Symbian phones too, using Anna and beyond

"Nokia's Symbian smartphones are used by millions of people around the world every day, addressing specific consumer needs and providing choices at many price points. Symbian Anna represents a significant update to the experience those users have and demonstrates our ongoing commitment to Symbian, which will see up to 10 more phones introduced over the next 12 months, further updates to the user experience and support for the software until at least 2016."

According to Nokia Conversations other countries are "mostly confirmed for the next three weeks".

Initial extra observations, beyond the changelog above:

Rafe Blandford and Steve Litchfield, All About Symbian, 18 August 2011 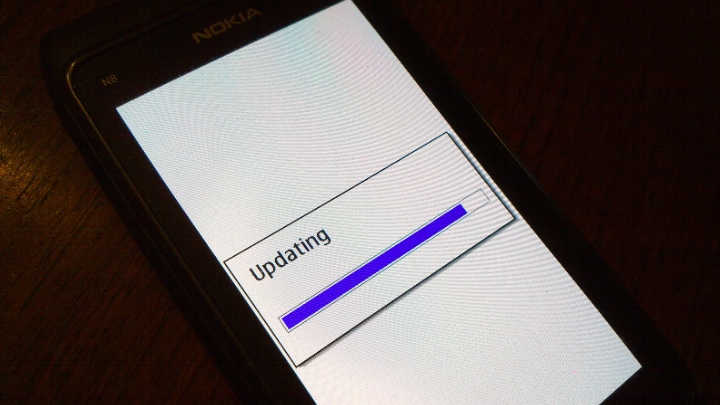 Here's the update in progress, it takes around 15-30 minutes.