Atlantis Redux is a graphical adventure game packed with beautiful panoramas, video and speech. You start off at a car crash in the middle of the desert, but soon find yourself mixed up in something otherworldly. Read our review to find out more about this strange and rather pretty game. 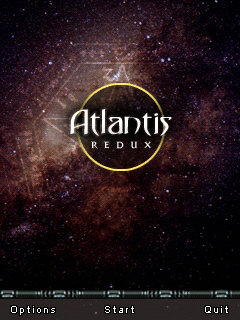 Atlantis Redux is published on Symbian by Tetraedge, the same people who brought us the excellent Return To Mysterious Island, using a similar game engine.

AR is a graphic adventure game with a Tomb Raider-esque setting, which mixes modern technology, ancient prophecies and historical artefacts.

You begin the game crashing your car in the middle of a desert, trying to find an interesting archaeological dig nearby. If you manage to solve the very first puzzle, you find that the site you're looking for apparently contains a portal to another world.

The gameplay is Myst-esque, with turn-based exploration interspersed with pre-rendered video cut scenes whenever a major event takes place. However, unlike Myst or RTMI, you're limited to looking around 360 degrees in a flat plane, there's no way to look up and down. You can talk to a character or perform an action wherever you see the cog logo, and an arrow logo indicates an exit to another location. Objects can be stored in the inventory (which has room for lots of stuff), and held if they need to be used in a particular task.

As well as walking, talking and using objects, there are also special puzzles sprinkled around the game which have to be solved in order to progress. You can tell whether something is a special puzzle as it will start playing a special theme tune. The very first one involves a spinning top, and to get you started here's the solution: right foot, left hand, right hand, left foot, head. This reviewer's favourite puzzle so far involves assembling fragments of an Ancient Egyptian story into their correct order, which is rewarding but does require a fair knowledge of the English language. (One walkthrough claims that the puzzle requires a knowledge of Egyptian history to solve it, but that's just not true.)

There's a save game feature with half a dozen free slots, which you can use at any time. Unfortunately the saved games are just numbered, so it's quite tricky to remember which save is which.

The game is controlled entirely through the direction pad and soft keys, so those of you with slider phones don't need to keep the keypad open. 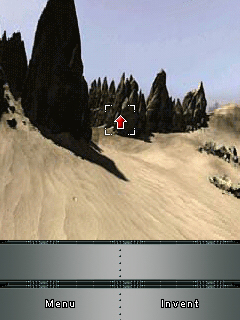 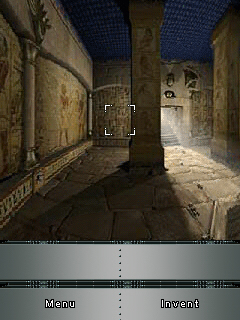 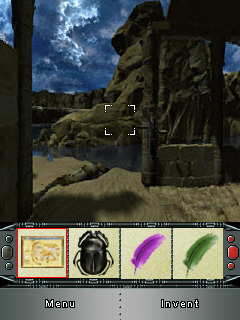 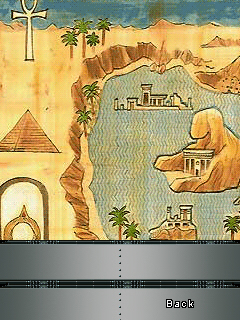 You begin in a real desert, and the first parts of the game are set in a weird Egyptian-like dream world. 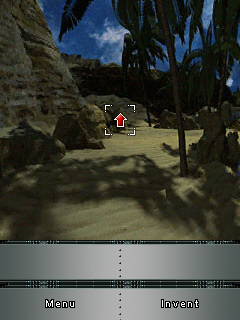 Atlantis Redux takes a looooooong long long long time to install. It's not complicated, it just takes a long time to happen, perhaps five or ten minutes. The reason for this is probably the vast quantity of multimedia material in the game, with detailed wraparound textures for each location, speech for each line of conversation, and video clips for every cut scene. There's apparently a total of 30 minutes of video in the game, and this explains the relatively heavy technical requirements: 60 megabytes of flash memory and 10 megabytes of free RAM. Tetraedge strongly suggest that you install this to a memory card, not internal memory.

Once you've installed the game, the wait is worth it. It does look and sound much better than other smartphone games, full of things that phone gamers are unaccustomed to such as video clips throughout, a changing soundtrack, and real actors for all the dialogue. The panoramas used in the bulk of the game look stunning, and the background music is very atmospheric.

Unfortunately the video clips are quite small, occupying just the centre of the screen. It would have been good to have them full size, but they are very frequent and do help the plot move along nicely. It's possible that the developers couldn't use full-screen clips without making the game's file size far too large for a mobile game. The acting and script are fairly well done, with some very nice bits of comedy here and there, although the lead actress sounds a bit bored.

Perhaps the most clunky graphical element is the poor lipsyncing during dialogue, where an animated character is shown instead of a video clip. However, it's not bad for a phone game, and it's a small price to pay for having every single line in real speech.

The video clips sometimes stuttered on this reviewer's N93, but they were usually okay and the game never crashed. Presumably more recent phone models with larger amounts of free RAM would cope better with the video.

Those of you who remember the embarassing lack of a volume control on Return To Mysterious Island will be pleased to hear that Atlantis Redux lets you set the sound to any level including mute. 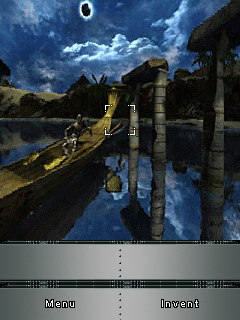 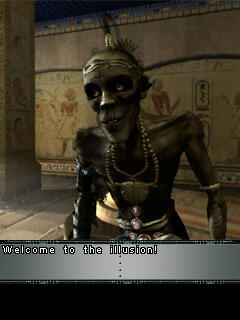 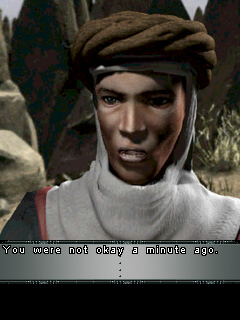 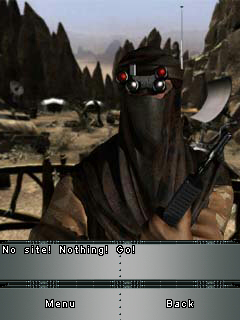 You can have conversations with most of the people you meet, though they may not be particularly friendly.

Atlantis Redux works without any problems on a television. It's a shame the game is only available in vertical mode, as it means it only uses the central portion of the screen, but that also means the graphics are effectively higher resolution because there are more pixels per inch of screen space. The game looks and sounds nice on a TV, and some of the smaller panorama details are easier to see.

The game works fine with Bluetooth keyboards too, and is easy to control because you only need to use the arrow keys, selection button and soft keys. 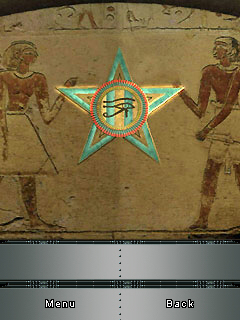 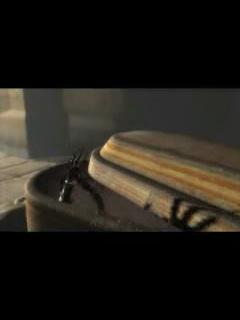 One of the early puzzles is on the left, and if you solve it you get taken to the video cut scene on the right.

For years smartphone games have failed to push the boundaries of their hardware. Atlantis Redux reminds us of their multimedia gaming abilities, and does it with some style.

For those of you wanting a comparison between Atlantis Redux and Return To Mysterious Island, RTMI is a more freeform game with a more complex object system and a lot more adjacent locations. Atlantis Redux doesn't have the same sense of freedom that RTMI gives the player, but it has a much stronger plot right from the beginning, and involves more straightforward puzzles which are perhaps better suited to being played on a phone.

There's a lot of gameplay in Atlantis Redux, the setting is interesting, the artwork looks good, the dialogue is well-written and mostly well-acted, the video clips are frequent and appropriate to the plot, and the puzzles are logical and solvable. On the whole the interface is simple and intuitive.

This game is not for everyone, there's no fast-moving action here, but if you like adventure games and brainteasers Atlantis Redux is highly recommended. On top of all this, not only is it an excellent game, it only costs about 7 euros. Bargain!

PS: You can see a video of the game in action over on the Unofficial Nokia Gaming Blog.

The game reviewed here was the Symbian S60 3rd Edition version of Atlantis Redux. It was reviewed on a Nokia N93. At the moment Atlantis Redux is only available in a vertical QVGA (240x320) version, there is no horizontal (320x240) version.

You can buy Atlantis Redux for the following Symbian platforms, simply click on the appropriate platform to go to the purchase and download page: