A mysterious tropical island filled with obsolete technology, a modern castaway and a deadly monster. No, it's not an episode of Lost, it's the new adventure game for S60 3rd Edition from Tetraedge, and it's rather good. 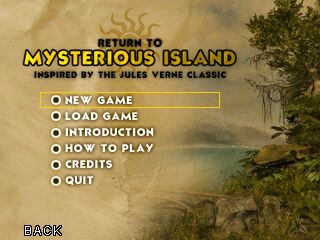 Return To Mysterious Island (RTMI) is an absolutely enormous Myst-style graphic adventure game set on a tropical island, done as a sort of sequel to the Jules Verne novel The Mysterious Island. It was originally developed by Kheops Studios and published on the PC by The Adventure Company, but has been converted to S60 3rd Edition by smartphone adventure game specialists Tetraedge.

Welcome to the Island... 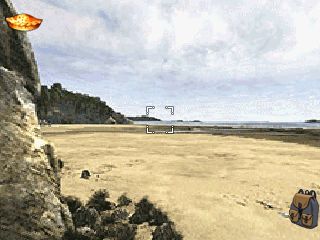 RTMI really is huge, and most major tasks have multiple ways of completing them. RTMI is also a "gamer-friendly" game, there are no mistakes which will stop you winning and the game is turn-based so you don't need to worry about timing either. The combination of multiple solutions and gamer-friendliness means you feel completely free to explore and try things out, which is very important in an adventure game. RTMI is fun to play rather than seeming a minefield.

You play Mina, a modern-day yachtswoman who suddenly finds herself stranded on... the Mysterious Island! The island seems uninhabited at first, but you soon start to spot signs of human activity and abandoned technology. The plot is rather similar to the TV series Lost, although this game was written years before Lost went into production.

The beginning of the game has a very basic aim: food. In order to explore further inland you must move some logs out of the way, but to do that you have to get your strength back by finding and cooking food on the beach area. At this point it's HIGHLY RECOMMENDED that you look at the Powerpoint presentation included with the game files, it walks you through the beach area's tasks and gets you into the right frame of mind to solve later puzzles. You need to be in this frame of mind or you will find progress very difficult. Tasks are solved by using various objects on various locations, and many puzzles have to be solved using combined objects. For example you have to combine a knife with a flint to make a lighter, and then combine that with tinder and wood to start a fire, which you can place on the ground in a certain location and use to cook crabs. 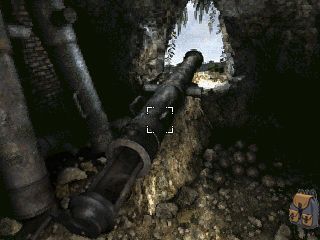 Once you enter the island proper you'll find a maze of jungle paths with evidence of dated but significant technology. Broken telegraph poles, windmills, kilns, cannon emplacements and other signs of civilisation tell of a relatively modern settlement abandoned some time ago, for reasons unknown. Some of the island can be slightly overwhelming, especially the paths which often look very similar. I wish the designers had implemented some sort of automap feature, so you could keep track of exactly where you are. There are three or four spots in the middle of the jungle which are frustratingly similar and you find yourself going round in circles. Thankfully, most of the locations are far more distinctive however, and you don't get lost in the rest of the game.

Then you start to realise there's a lot more to the island than meets the eye, the first indications of which are a bricked-up underground tunnel that leads to a strange abandoned bunker containing maps and equipment, a ladder that leads down to sea monsters, and the mysterious last wish of a ship's captain that comes to you in a dream. 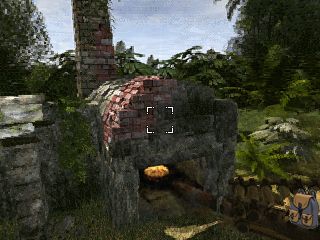 The puzzles range from logical (flint and metal combine to create a lighter) to incredibly arbitrary (use a dead seal's skin to repair the kiln's broken bellows). With this in mind, here are some important hints on how to make progress in RTMI:

- READ THE POWERPOINT TUTORIAL FILE INCLUDED WITH THE GAME! I can't emphasise this strongly enough, because adventure games are one of those genres where you have to get to know what kind of thought processes allow you to solve the puzzles.

- Create a knife (the Powerpoint tutorial tells you how) and use it a lot, both on the task cogs in the main display and on objects in your inventory. Many objects can be created from other objects using the knife, and many tasks can be accomplished using the knife.

- Look around you whenever you arrive at a new location, not just horizontally but vertically too. It's important to notice as many objects and tasks as possible. There's practically no limit on the amount you can carry, so pick up every object you find. One particularly tricky object to notice is the pickaxe, which you can find outside the windmill by looking straight down at your feet and turning round until you get the hand icon.

- Read all of the objects' descriptions very carefully. The descriptions almost always give you a hint, often a massive hint, about how you can use the object.

- There's an injured monkey who features in the game, and you should nurse him back to health as you will need his help. Once he's fully healed, he sits in his own slot in the inventory. He can be combined with other objects and then used as an object himself, so for example if you give him a knife and use him on a vine, he'll climb up and cut the vine down for you.

-If you get really, REALLY stuck... try again. Then if you're still stuck, search Google for hints on Return To Mysterious Island. The S60 version is virtually identical to the PC original, and hints for the PC game will all work on the S60 game too.

How does it look and sound? 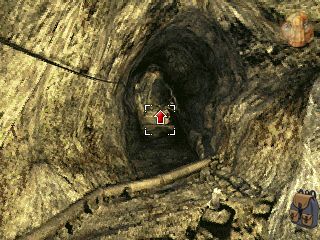 Graphics are done using a series of wraparound pre-rendered panoramas, with spectacular scenery that you can look at from any angle from your current position. You move in jumps from one spot to another, and if there's an object or task under your pointer it will change shape to give you information about it. A red arrow indicates a nearby spot you can travel towards, a hand indicates you can pick up an object, a cog means you can carry out a task, and a cog with a cross over it indicates a task that may require you to be holding a particular object. Cutscenes are achieved using Victorian-style black and white line drawings that show an event unfolding.

Sound is very nice, there's a lovely lush and epic score which changes to a mysterious and dark one as you manage to open up new areas on the island. The cut scenes have pretty good voice acting. I have just one complaint: there's no volume control! There's not even a mute button, and it's slightly embarassing to play this on the train. Tetraedge say they are aware of the problem however, and a patch is due out very soon. 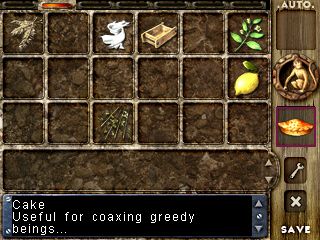 The interface in a phone game is often tricky to get right, but Tetraedge have been mostly successful in this regard. They've wisely decided to make the entire game controlled from the direction pad or joystick. You don't need to use any buttons or keys, which makes the size or layout of buttons on different phone models completely irrelevant, and those of you with slider phones need never slide them open to play the game.

You wield objects by placing them in the lower hand box at the right hand side of the inventory screen, and you combine objects by moving them on top of each other in the inventory screen. Wielded objects can then be used on the task cogs that appear in the main game display, if they're the suitable objects to use on that task. Clicking on "Auto" automatically puts all the objects you've picked up into free slots in your inventory. A combined object can be disassembled by wielding it and clicking on the spanner icon.

There are still a few interface flaws that need to be corrected. None of these are huge problems, but it would be nice if Tetraedge could fix these:

- The save option looks like it's linked to the right hand soft key but it isn't, you have to actually move the d-pad pointer over the word "save" and click on it.

- For some reason it requires you to empty the lower hand box before you can combine objects in the main inventory.

- You can only read the full description of an item by placing it in the lower hand box and then clicking on the arrows of the description text to scroll it.

- Saving the game itself is also slightly confusing, because your savegames are marked by screenshots rather than dates or times. It would help a great deal if the screenshots were datestamped.

Overall though, Return To Mysterious Island is a very nice game indeed from Tetraedge. I'd recommend it to anyone who wants an adventure game on their S60 phone.

It's very deep and challenging but has a good learning curve, and the game's documentation is enough to get any adventurer started. RTMI has very flexible and mindbending puzzles with multiple solutions that add realism and replay value, and the gamer-friendliness means you can explore the game without worrying. It also has very nice graphics and sound, and a good plot.

PS: You can see a video of Return To Mysterious Island running on the Nokia E61 by going to the Unofficial Nokia Gaming Blog. 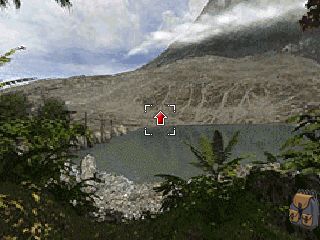 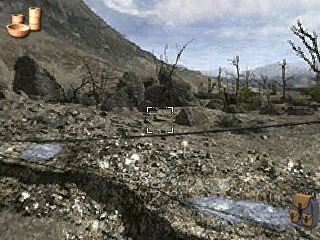 This game was reviewed on a Nokia E61. The version used was for Symbian S60 3rd Edition.