There's no doubting that Harald Meyer is the king of aftermarket Symbian hardware utilities. His CameraPro is what creates all the close-up videos in my Phones Show, while his PhoneTorch has been used by thousands here to provide LED illumination on the way home from the pub! And now we have his latest creation, CameraFX 2.0, offering real time image mangling of a pretty high order. Is it useful in any way? Not at all. Is it fun, cool and geeky? You bet! 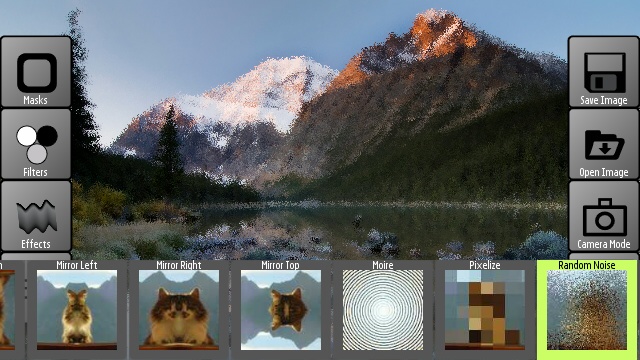 Unlike CameraPro, which focussed (see what I did there?) on getting better traditional photos by really pushing the Nokia camera hardware, CameraFX 2.0 is 100% aimed at those who like having fun with casual photography, trying to present the world in a new way, usually for making an impact full photo on a social networking service.

As such, this application unashamedly (and sensibly) defaults to producing 2 Megapixel images, a sweet spot for containing enough detail that it can fill someone's desktop screen if needed and yet be small enough to upload to the Web over a cellular connection, for a little illustrated social blogging. You can up the resolution to your device's native maximum if you like, but be aware that you'll increase processing time after each snap.

CameraFX is built around a set of filters and a set of effects. Any one of these can be applied, in real time, to the preview on-screen, and then snapped as a photo for saving or uploading. The range of filters/effects is quite diverse, as you can see from the samples below (I did seven, but this is only a fraction of the total number): 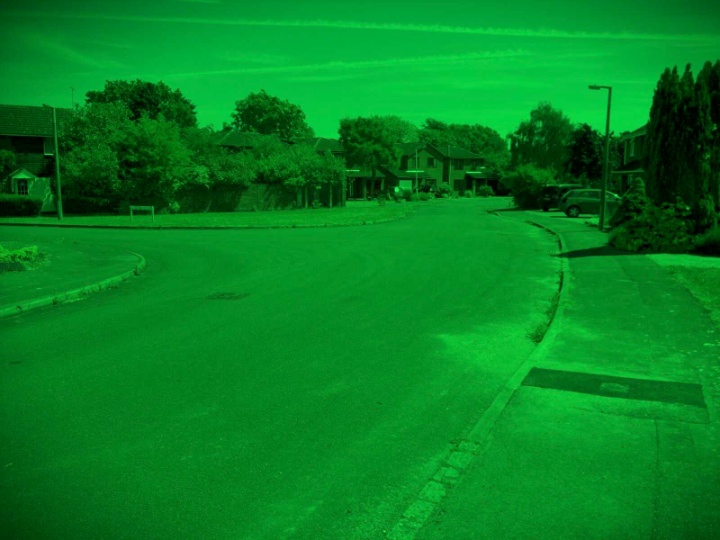 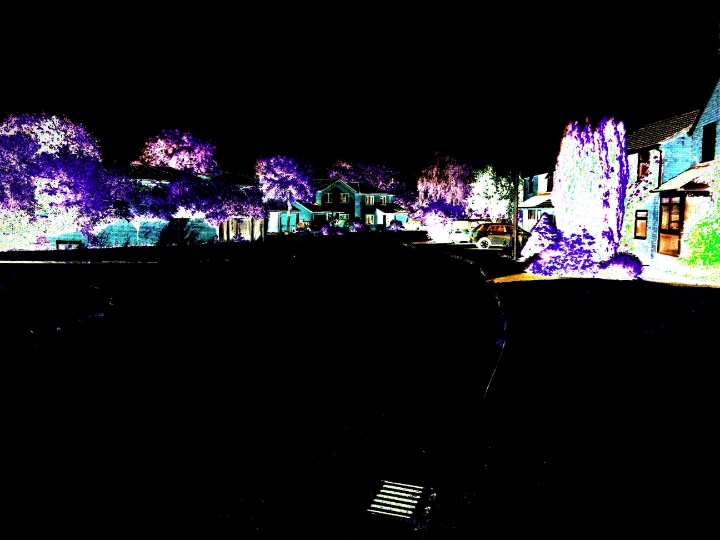 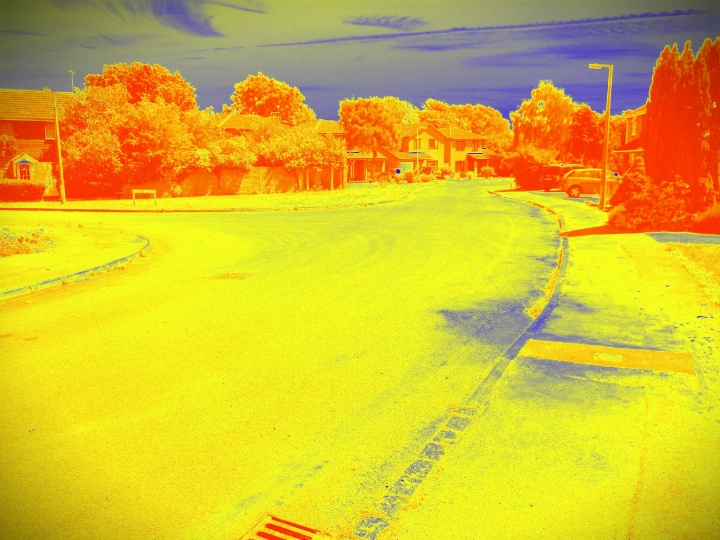 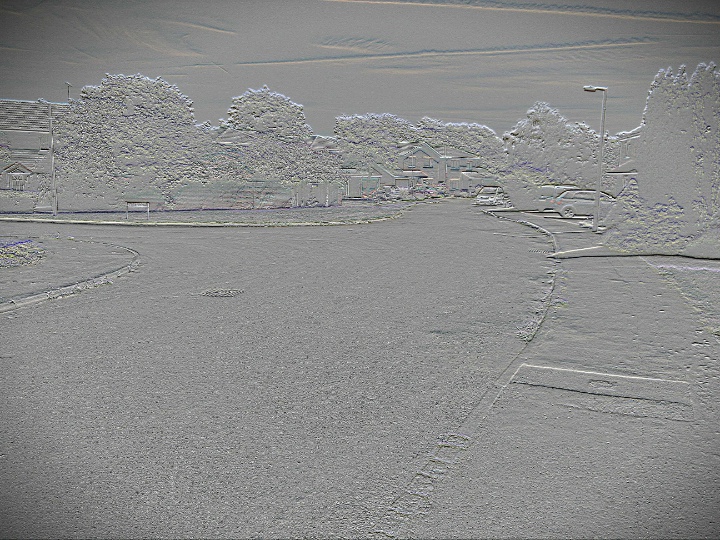 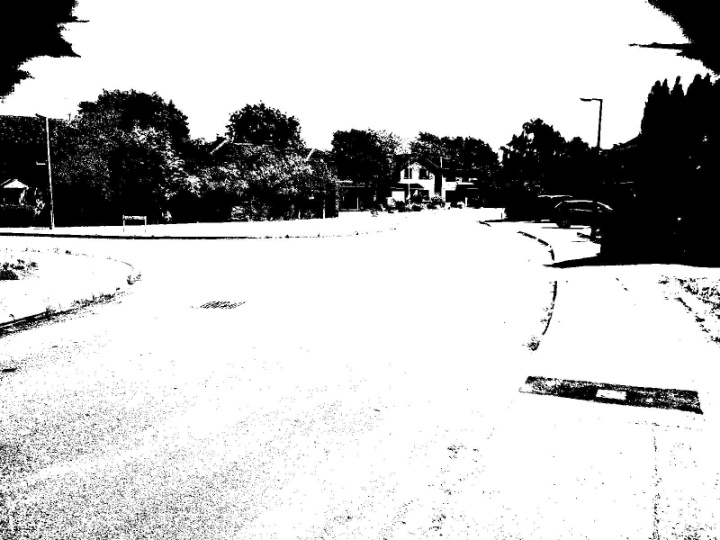 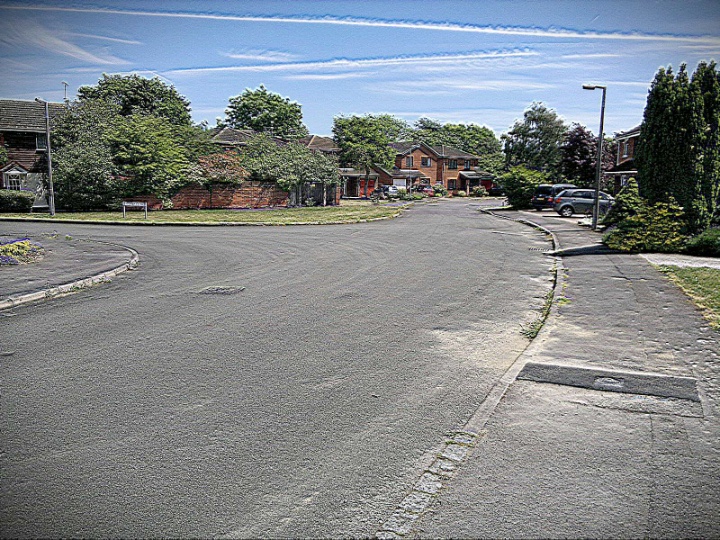 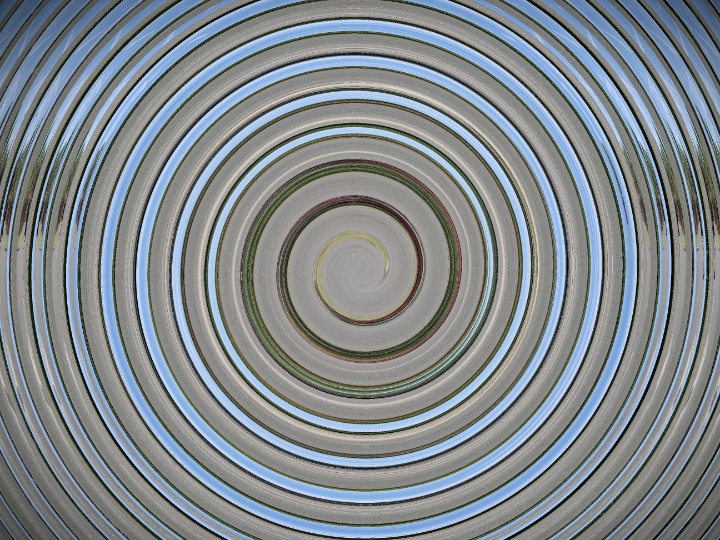 Finally, there's a 'Mask' system, whereby any of three preset masks (Lomo, Vignetting and Frame) can be applied on top of whatever filters/effects you've chosen, plus a custom mask, where a predefined '8-bit greyscale' graphics mask  can be loaded in from disk: 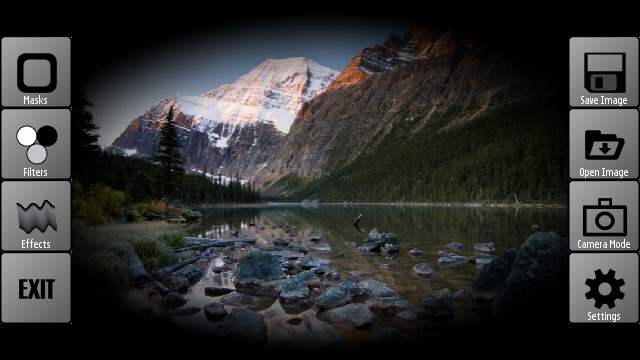 As mentioned earlier, and as you can probably tell, the effects, filters and masks are such that we're well and truly in 'fun' territory. After each snap, it's brought up full screen on the phone, along with a 'Web upload' button, offering Facebook, FlickR, Picasa and Twitpic - in each case, you're taken on the web to authenticate, after which the application can upload more smoothly in future.

In addition to taking photos in real time, there's the handy facility to open images from your smartphone's Gallery (or from specific folders on mass memory or memory card) and use that as the source instead - explaining the 'Save' button on-screen as well, for saving the results of any processing. One curiosity is that image selection in each case involves double-tapping, i.e. no recognition on the newer Symbian^3 phones of the switch to a direct UI - I'm guessing the file routines are generic across all Symbian phones and thus had to be coded to the lowest common denominator? 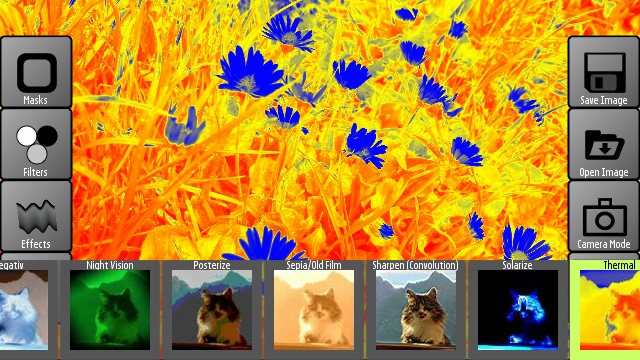 In any case, most of the above sounds pretty neat - and indeed it is - the real time previews, in particular, are wonderful, and the general UI is very good. One slight disappointment with CameraFX is that, even with the photo resolution set at the default of 2 megapixels, the processing time after taking a picture can be as high as ten or fifteen seconds. Not a showstopper if you're after a particular shot and effect, but definitely enough to jar with the 'fun' market that CameraFX is aiming at. In addition, there are occasional issues to do with touch recognition on the toolbar - I suspect the UI is trying to be too clever for its own good here!

Despite the undoubtledly clever wizardry that's gone into the real time effects, the overall score for CameraFX is ultimately limited by its usefulness. Unlike CameraPro, this title is unlikely to ever move beyond 'novelty' use - when was the last time you needed a mock 'thermal' photo of your dog, for example? This app might be a hit down the pub (and at least the purchase price is modest, around the cost of a 'half' of beer!) but don't expect to use it very often in normal life... 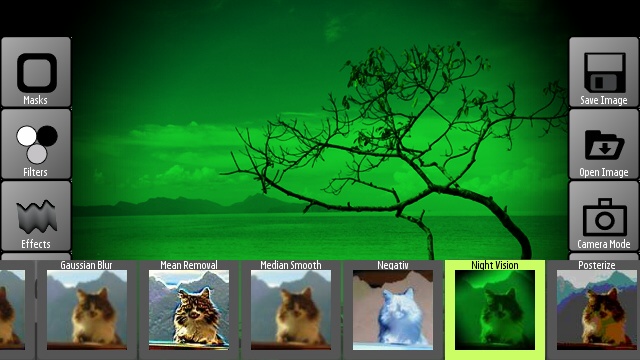