Music and the W950: Looking at Disc2Phone

There’s no getting away from the selling point of the W950i – it’s the Walkman phone. There are two logos on the front of the device, the word Walkman is etched into the side, the main screen has “WALKMAN” in capital letters, it’s the default primary icon on the quick launch bar… 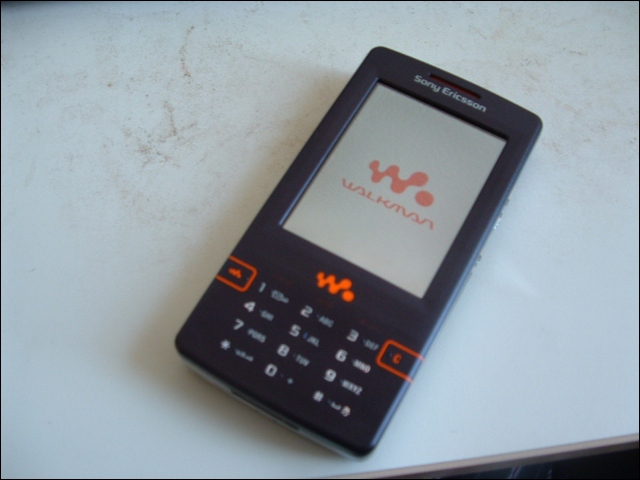 But what’s more important isn’t that it is a music player, it’s how you get the software from the hard drive on your desktop (or even the original CDs) onto the W950. Arguably the strength of the Mac and Windows PC integration is what made the iPod such a strong player in the digital market. Crack this, make it smooth, and you have yourself a winning product.

Sony Ericsson have an advantage here in that the Walkman series of phones is not beginning with this device, so their chosen software tool, Disc2Phone, has seen a lot of real world testing, and I have to say that it’s a very smooth process. There’s not a lot to tweak or play with (in fact, there’s just one major option when transferring music) and it works well.

Part of the reason for this is that Disc2Phone is not trying to be everything to your music collection. It’s not going to sort through and display your Gigabyte-sized MP3 collection – it’s a tightly focused application designed for one thing; to get your music onto your phone as quickly and easily as possible. And it does this in spades.

One thing to note, and the W950 clearly says this whenever you plug in the USB connectivity cable, is that you need to put the W950 into ‘fast’ connection mode… effectively using the 4GB drive as a USB Mass Storage Device. You get a nice visual feedback of this in the Sony Ericsson PC Connectivity software, with a fast (USB) connection appearing in the orange walkman brand colours (as opposed to a 'green for go' look when connected in normal mode for synchronising). Visual clues like this in a user interface that are helpful, but not oppressive, are most welcome. 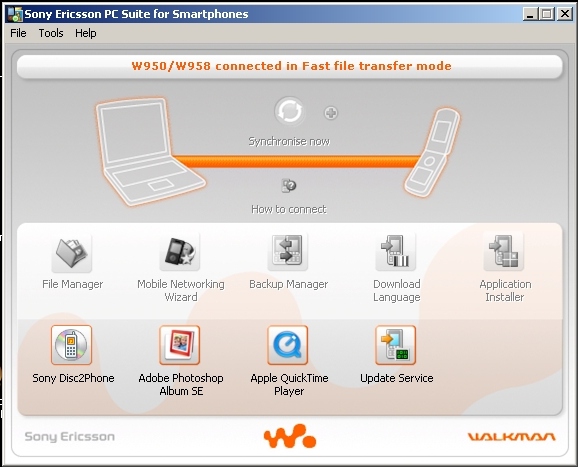 Disc2Phone has a simple, single screen metaphor. You have your ‘source’ on the far left. It makes a best guess and goes to the ‘My Music’ folder, but you can easily navigate to where your music is actually stored. Of note is that the music files are listed in this column as well as the folders (a slight change to the windows paradigm). Files you want to move to the phone are placed in the Transfer List, the large central screen which acts as a half-way house. You can either press the ADD button, or drag and drop music files here from any folder or location – consider it a playlist.

You can also add tracks from an audio CD by selecting the Audio CD option from the drop down menu above the left column. When you do this, the contents of the CD are listed in the central window – so you can’t copy a CD and your MP3’s in one movement. Which I think is the correct decision to keep things simple. There’s no fancy half way house to this ripping process, you drop in a CD, you select which tracks you want on the W950, and they get put on – the witchcraft/magic of MP3 conversion is all done behind the scenes, you just have to watch the progress bar. 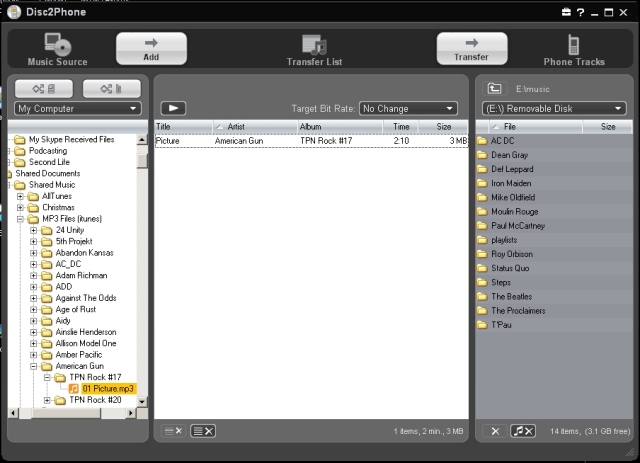 Just before you hit the TRANSFER button, you have your one big choice to make – the target bit rate. Naturally this is the chosen value to use when ripping a CD, but it also allows you to re-encode MP3 files as you copy them to your phone, saving some space if you want to get a lot of music onto your phone. While this does slow down the process slightly, modern PC’s can handled re-encoding MP3’s to a different bit rate at a good pace, so if you’re planning to carry the complete works of Status Quo [sad, sad, idea - Ed], then this might be a useful option to have. 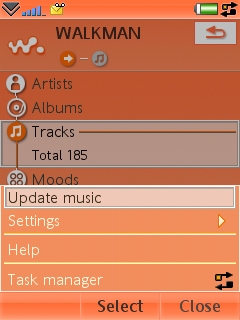 No setup or fiddling with the phone side is required – the application will read the information tags embedded into each MP3 to create and place the files into a sensible Artist-based directory structure on your W950's 4GB flash disk.

There is one last step, and this has to happen on the W950 when you break the connection with your PC. You need to go into the Walkman application and refresh it by choosing ‘Update Music’ from the menu – after all the lovely design of the Disc2Phone application, this extra manual step seems a little clunky.

All in all though, Disc2Phone has left me impressed. It’s simple to use, it’s highly intuitive, and it makes getting the music onto the W950 a very simple process. And while there are alternatives which I’ll explore later (thanks to the W950 being a mass storage device) I’m more than happy to see such a well thought out piece of software bundled with the device.

Filed: Home > Features > Music and the W950: Looking at Disc2Phone

Platforms: UIQ 3
Categories: How To, Hardware