Guest author Michael "Mivas Greece" brings us another interesting post! He writes: It’s been 10 years since Nokia released the legendary 808 PureView, the last Symbian device, and 8 years since the Nokia Store stopped accepting new apps until it finally closed. However, third party stores, such as SIStore and AppList, took over and they are still functional nowadays. The release of new Symbian apps has been on the decline over the years, yet some motivated Symbian developers continue releasing/updating apps, and now that Jtube's developers have struck again, we have a new Symbian app in 2022!

Functional Symbian translators are on the decline nowadays, as access to most online translators is already gone. Some web-wrapper translators like gTranslate from AllStar still work partially, but there are not many options out there anymore.

Until now, Bing Translate is out! A new, fully functional online translator for Symbian! It’s not news for people following the developer’s group on Telegram as it’s been out already for a while, but for anyone else, let’s have a walkthrough. It’s a very easy and straight-forward app, yet powerful and does what it promises.

Bing Translate has a very nicely designed icon in align with Belle icons, here on my “office” homescreen. Once you open the app, it has two text fields, the top one is for for writing text, the bottom one is for showing text translated into the selected language. 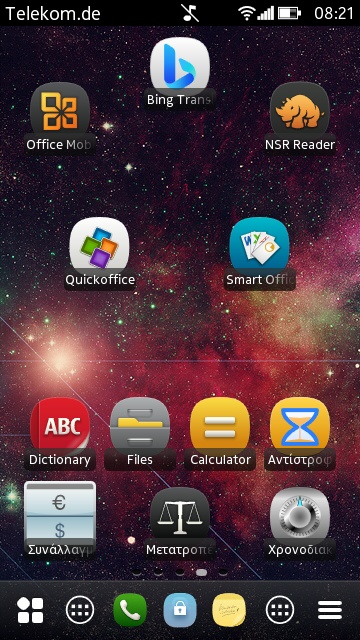 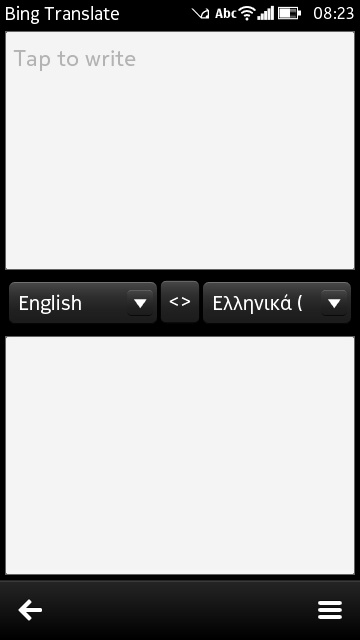 On the bottom right corner, we find the menu button, which shows us 3 options; Text, Settings and About.

If we click Text, it shows us some possibilities; Clear (to clear the typed text), copy output (to copy the translated text and use it in other apps like SMS or IMs) and paste input (if we already have the text we want to translate from another app, e.g. from a website on a browser): 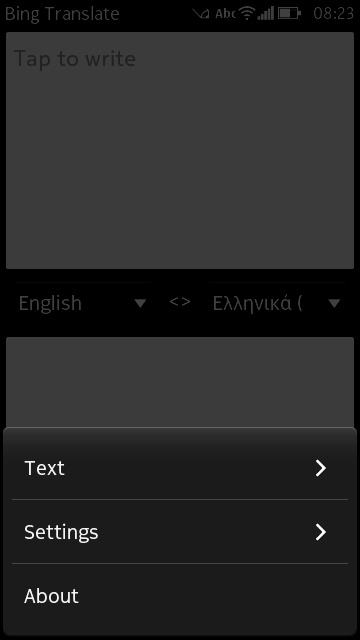 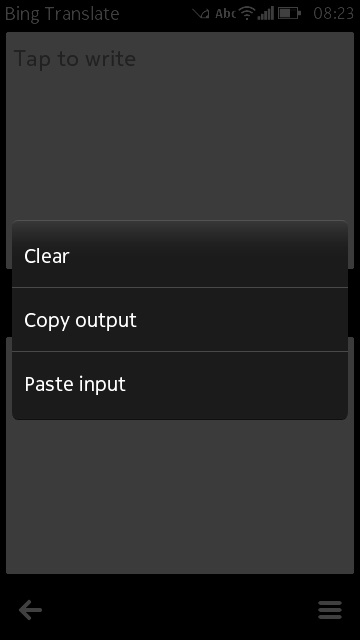 Then, if we go to the settings, we have one option basically, to set languages. Once we click on that, we have a list of numerous languages that we can select for quick access: 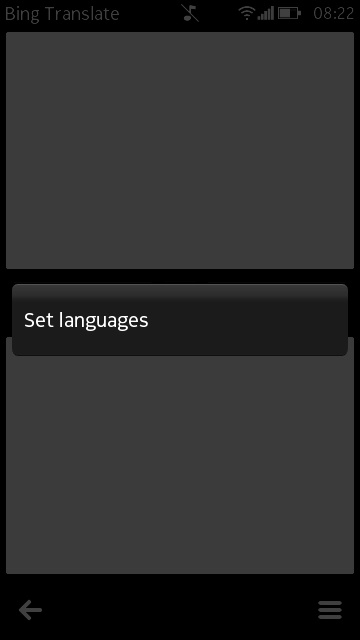 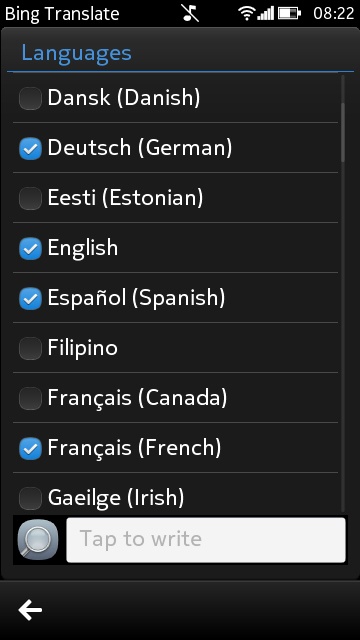 Here, I selected a few of them. If you cannot easily find the desired language from this long list, you can type in the field under the list in order to search it. After selection, the ticked languages will appear in both left and right language selection buttons, which will show the list of the quick access once you click on them. In this example, I picked English as the source language and Greek as the target language. With the button in between these two, you can easily swap between the source and target language (much faster and easier than the inbuilt offline Nokia Translator and without the limitation of maximum three languages, here it is unlimited!).

Then it is time to try it out! Note that it is compatible with third party keyboards as well, Swype in this case. Once we start typing, it will request to have access to network and once we give permission, it will automatically translate our text as shown below: 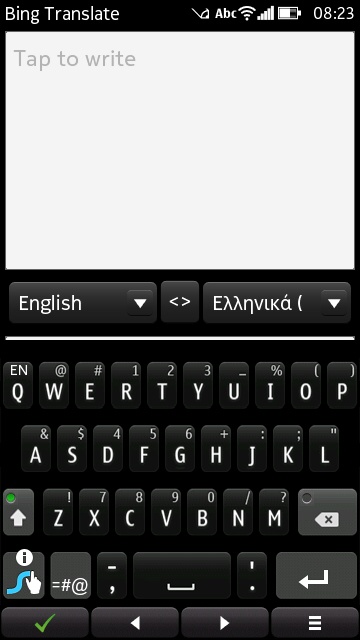 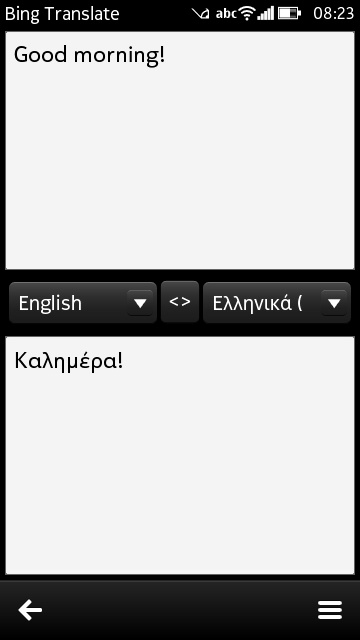 At this point I also have to say that although I used an Evolve-variant as a theme for demonstration, the app has many transparent and adjustable elements that adapt on any theme (change colors, background etc). However, although here the demonstration was on my Nokia 808 PureView, the most important “feature” of Bing Translate is that, just like Jtube, it is a jar file, which gives backwards compatibility with older Symbian and other, J2ME compatible platforms.

So, that’s it! A quite easy and straight-forward translator overall, well delivered from Jtube's developers! You can grab the app from SIStore or from the developer’s site, where you can also find other Symbian projects: http://nnp.nnchan.ru/

If you are on Telegram then you can also follow the developer’s group to follow any updates! https://t.me/nnmidletschat

Many thanks guys, keep up with the good work!