Look away if you have a nervous disposition(!) but below is a heart warming tale of how an ageing Nokia N95 classic came to the rescue of my ailing Nokia 808 PureView - and an observation that the N95's audio output could have been of even higher quality - but it was compromised by the need to fit such large speakers into the N95 slider form factor....

First of all though - the hero of the piece - remember this? The N95 classic in its original 'Many things' box? Turns out one of the other things it is - is an organ donor for newer phones!!

The set up then. My 808 has been dismantled for (ahem) educational purposes for the world's benefit. But the speaker didn't seem quite right - I suspect it had been damaged slightly when it was levered out of its cavity by LE55ONS. So I took the 808 apart myself too - and managed to break open the speaker, severing one of its tiny feed wires. Oops.

Then I read online that the same speaker component was used in the 2007 N95. really? Mind you, I thought, that N95 had stonkingly loud speakers, so I wasn't altogether surprised in hindsight. Taking my life in my hands, I stripped the N95 down too... [at this point we should point out that you shouldn't take apart anything which is still in warranty or which you can't live without - we take no responsibility for any damage to your precious hardware if you try and copy this or attempt something similar....!]

Eeek. Mind you, the speakers did indeed look the same, so I gently prised out one of the N95's units (they are very lightly glued onto a gasket in the bottom of the speaker cavity) and placed it inside the top half of the 808's case:

Here's a close up: 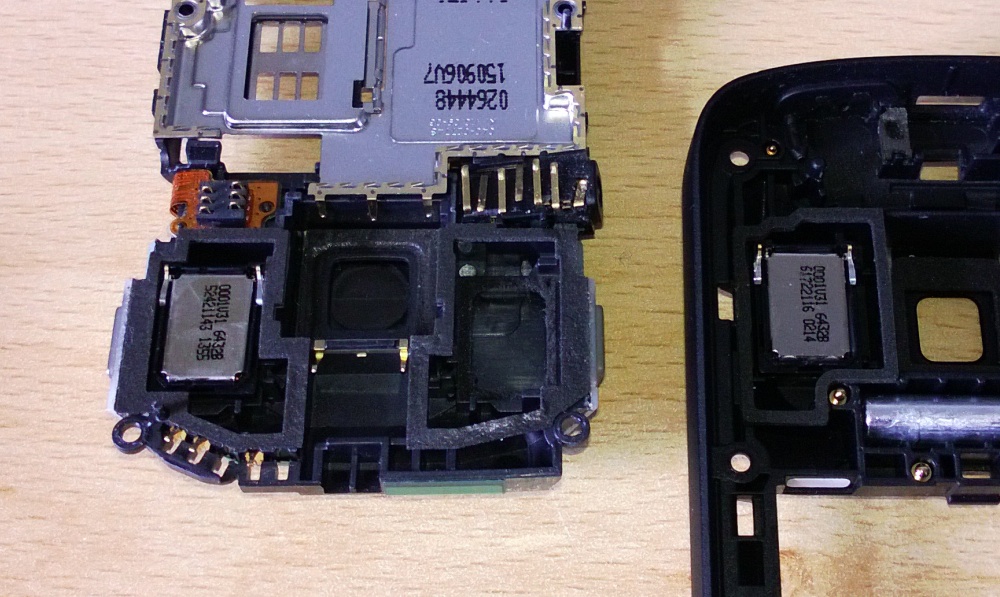 Of note here is the way each speaker sits inside a cavity - if they were tightly packed on all sides, there wouldn't be enough free air to be able to push sound out effectively. The N95's speaker cavities were quite large and there were big two speakers, instantly doubling the volume.

The other thing that's really needed is a direct line of sight between the bottom of the speaker and the outside world - this means that the highest frequencies get out - they get too readily absorbed by having to bounce off a solid wall of plastic. On the 808 the speaker slot is right below the speaker 'cone', but on the N95 each speaker pumps its sound at the plastic back of the phone, with just a rectangular aperture off at right angles to the back on one side of the cavity, as shown below: 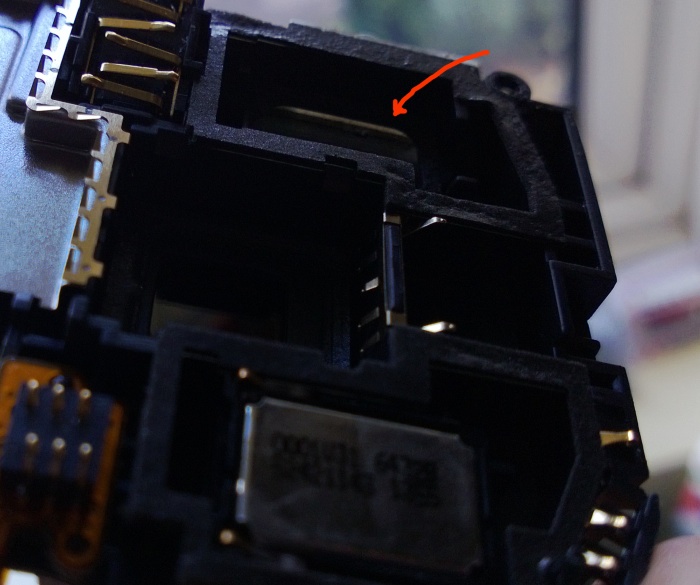 Effectively, this means that the N95's speaker sound output, already pretty loud, could potentially have been crisper as well, with better high frequencies, if only the form factor itself hadn't gotten in the way. The same applies, I suspect, to the Nokia 5800 and X6 - which I guess should be my next DIY disassembly project!

With such large speaker units, the only way to really use them to their maximum potential is to mount them with speaker apertures on the phone's back - which is what happens in the N8 and 808. (The C7, E7 and other similar phones have a smaller speaker - in fact, I've never taken an N8 apart either, so I'm not 100% sure which component it uses, but to my ears the N8's just as loud as the 808, so.....)

Could the N95's hardware have been designed such that speaker grilles were positioned on its back, either side of the giant camera 'circle'? You'd have thought so, but a closer look at the re-assembled N95 shows that there are cellular aerials packed around the camera exterior: 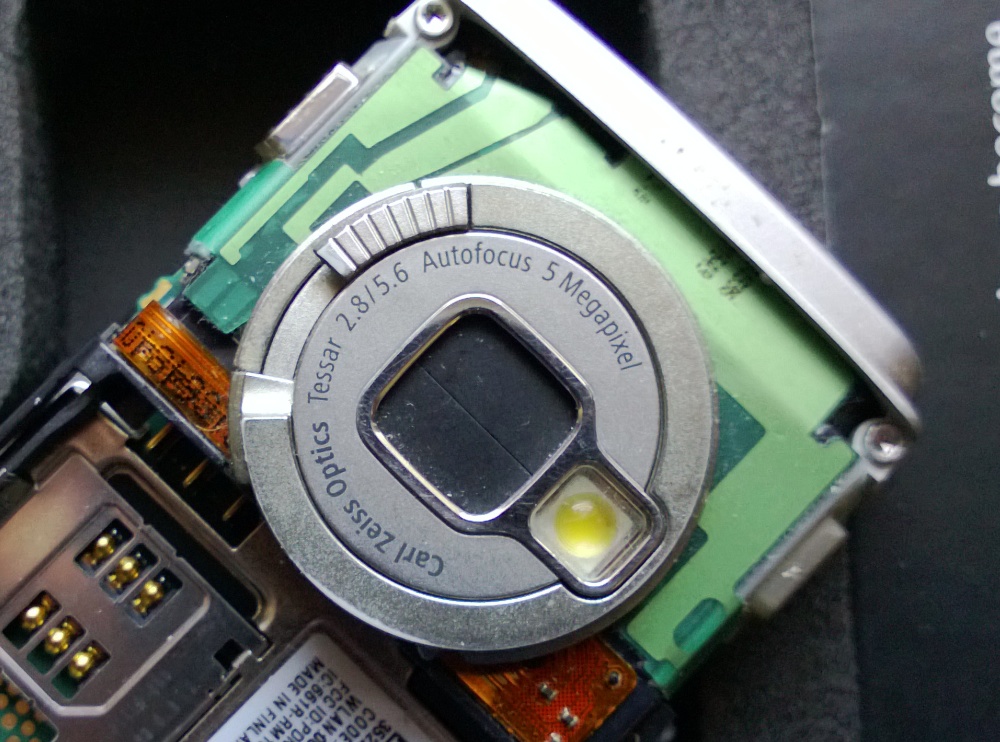 Move the speaker aperture and you'd have to mess with the aerial mounting in a major way. Plus I think the folks in charge of the phone's aesthetics would have had something to say about crowding here, too!

As we mentioned in the podcast this week, actual sound output from a phone also depends on the electronics feeding the speaker and we already know that the N8 and 808 also have extra power amps driving their speakers. I suspect the N95's amplification circuits weren't so advanced.

A fascinating area to pry into, even if I really can't recommend anyone reading this to take their own phone apart - such adventures are horribly risky and there's plenty to go wrong!

In the meantime though, here's to the Nokia N95, saving the (audio) life of a Symbian smartphone five years its junior! What a hero.