Gravity - the Facebook client you didn't know you had

We all know and love Gravity as a Twitter client par excellence - and most of us probably had an idea that it could 'do' Facebook too. But, following my look at the top standalone Facebook clients, I was curious as to how far Gravity went, in terms of covering the same functionality. Surprisingly far, as it turns out, though there are still Facebook core functions which you'll need a separate client for. Read on for my walkthrough and summary.

In fact, Gravity can also now access Google Reader, Foursquare, StatusNet and Sina Weibo (no, I hadn't heard of that one, either!), making it a great all purpose social client. I've been using Gravity now for about three years and you can either grab it from its homepage or from the Nokia Store. There's a time-limited (10 days) trial version, after which you can buy it for around £8.

The best way to illustrate its Facebook functions is to walk through some typical use. 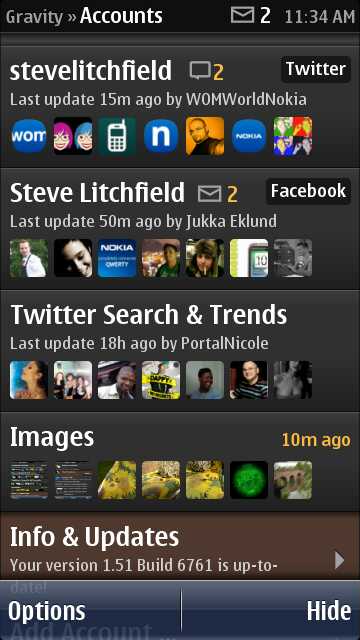 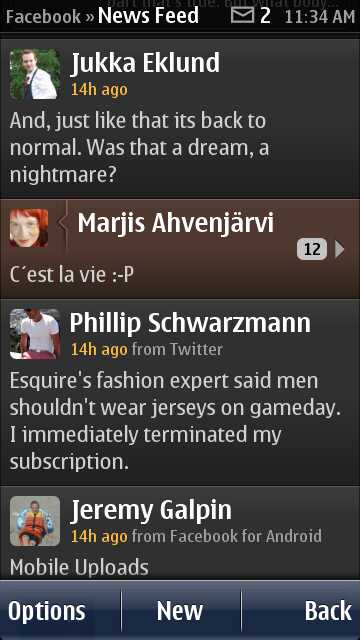 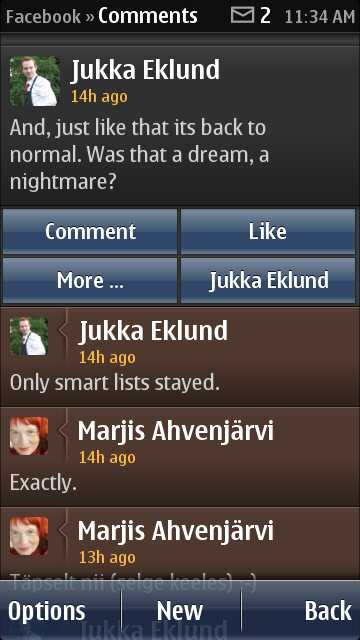 As with the Twitter functions, Facebook is presented as a set of kinetically scrolled views - I swipe left and right to switch views. Somewhat confusingly (to me, a Facebook novice), 'News feed' and 'Status updates' overlap a lot, but that's Facebook's fault and not Gravity's. From the Gravity homescreen (above, left), my Facebook account is shown inline, with thumbnails of the last few friends to have posted updates or news. 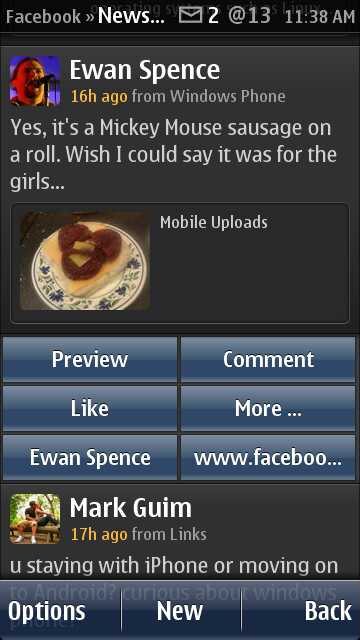 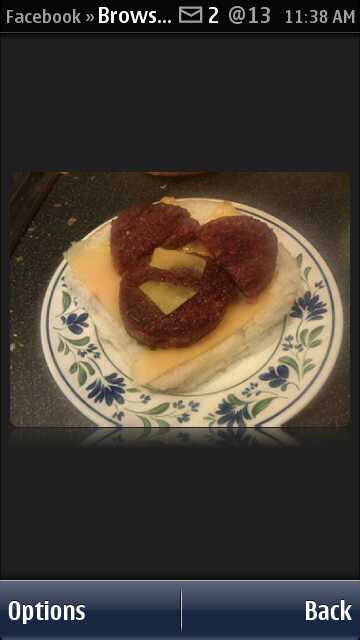 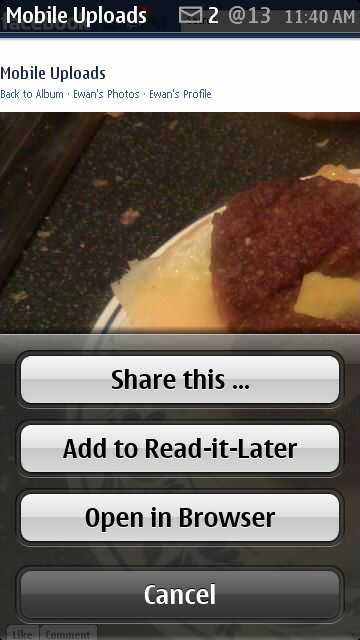 Readers of my previous piece will know that I do like the ability to view a friend's photos, to get an insight into their life (and, in this case, mind). Although there's no specific way in Gravity to just view a friend's photos (i.e. browse an album), when a photo is posted it can be previewed in Gravity, commented on and liked. Tapping on the 'www' option opens the photo in my smartphone's web browser and gives extra options, including adding the item to the popular 'Read-it-Later' service.

By tapping on the friend's name in the appropriate button (e.g. above, left), I can bring up just that person's updates, photos and all (below, left): 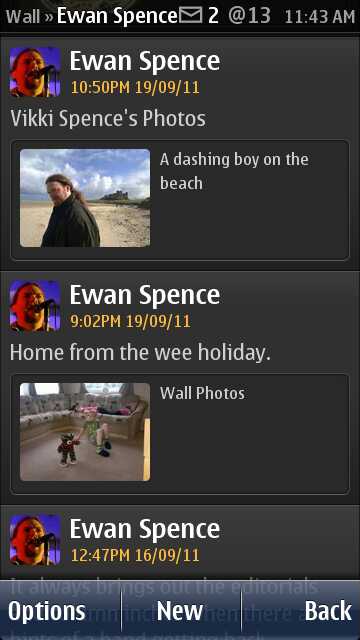 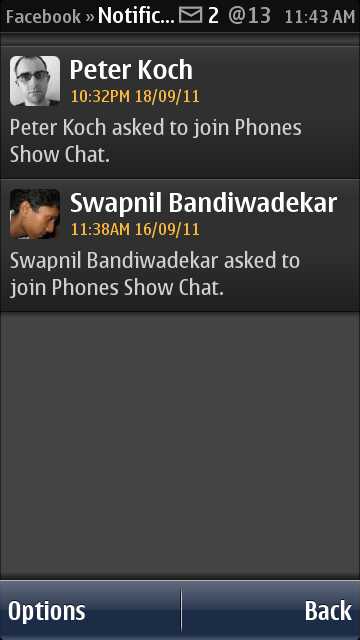 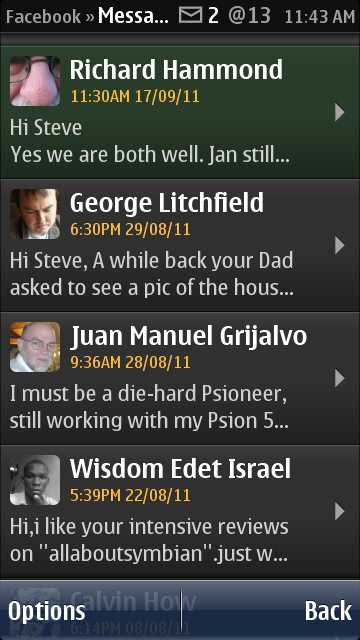 So it's thus possible to keep up to date with illustrations from a friend's life, even if I can't step through, picture by picture. Swiping left or right from the main News feed view brings up other views, including Facebook 'Notifications' and private Facebook messages. The latter can be replied to within Gravity and the experience is very smooth and efficient, better than in some of the dedicated Facebook clients. 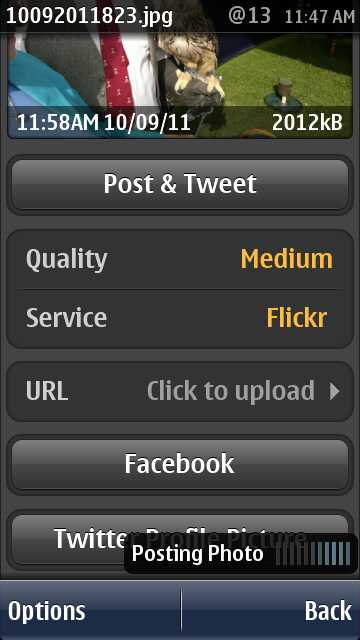 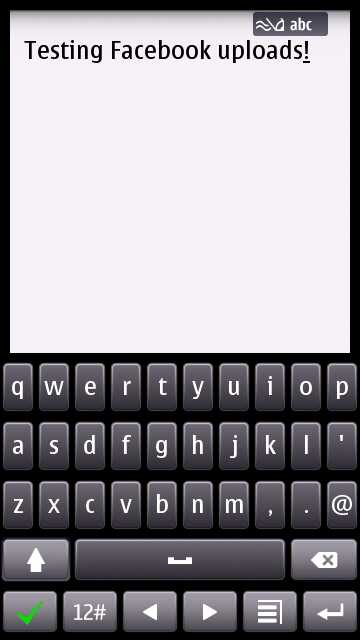 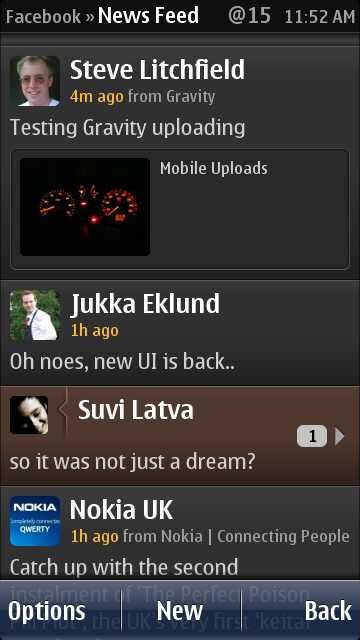 An area where Gravity is particularly good is uploading photos. Uploading to Twitter has sometimes been problematic, not least because the service is text only and third party services have to be employed for the upload and posting. Not such problems exist for Facebook, which has had photo uploading since the very earliest days. Which means that uploading photos to Facebook is foolproof and very reliable. On the downside, Facebook also resizes whatever you upload to 'web resolution' - make a mental note to never use Facebook for long term archiving of photos!

Uploading photos in Gravity is as simple as tapping on 'Images' on its homescreen and picking an image thumbnail. One caveat here is that, to keep loading time down, Gravity only presents the last 100 or so images by date - though in fairness, the chances are extremely high that the one I want to share will have just been captured. I can then upload to Twitter (a tutorial for another day, given the multifarious options) or to Facebook with a simple tap. There's the chance to enter a caption using the normal keyboard, and then the upload starts. Gravity does some resizing beforehand, though I suspect Facebook takes the resolution down even further. Sadly.

From my earlier Facebook roundup, the functional areas I looked at were as listed below; here's how I'd rate Gravity:

Scoring Gravity against the other clients is tricky. I'd perhaps put it in the middle of the pack, at around 72%, for Facebook use. What sets Gravity apart, obviously, is that it's even better for Twitter and that it handles many other services too. So if your online social life spans several of these, Gravity is almost a no-brainer, despite the price. Try the trial version if you're not sure.

Steve Litchfield, All About Symbian, 22 September 2011

Filed: Home > Features > Gravity - the Facebook client you didn't know you had