midomi (there's that lowercase initial letter again - I wish companies wouldn't do this!!) is an established 'hum it and we'll recognise it' service that's been around the web for a while - but they've just launched a native S60 client, getting our attention at last.

Essentially, thousands of people round the world have used their PC's microphone to record themselves singing some or all of songs that they like. Sometimes badly, sometimes in hideous accents and sometimes out of tune, but hey, at least they bothered. The midomi servers then produce a digital fingerprint of the way the tune rises and falls, its timing, and so on. Then, when someone else wants to track down a song they've heard but can't place, they hum or sing it into their own microphone and midomi finds a match and reports what the song is. In theory. 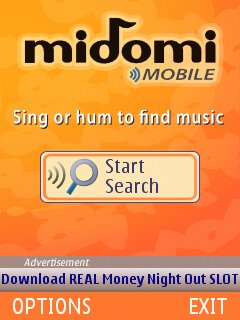 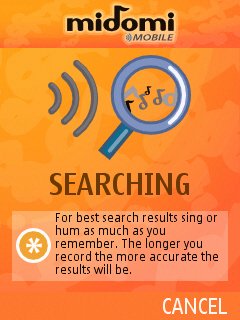 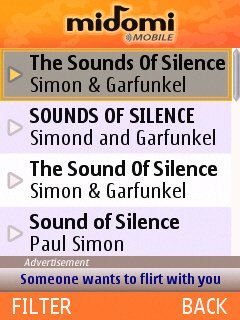 In practice, I achieved about 50% accuracy, trying a dozen or so songs from hard rock to light pop, from the well known to the rather obscure. The mobile client itself is excellent, working over Wi-Fi and remembering the preferred access point. Handling of the microphone is good and there's a visual bar display on-screen while recording, so that you know if you're too quiet or too loud.

Once recorded (10 seconds minimum is recommended, but more is usually - though not always - better), midomi mobile checksums your sound clip and goes off to the main servers to try and find a match. This takes around ten seconds, after which the top matches are displayed, starting with the closest.

Having found a match, clicking on it gives the chance to hear the original rendition (by someone else) that your attempt was matched to - it's cool to find someone else who sings it the way you do and quite funny when you hear an appalling rendition and realise that the software still matched you! There's also the chance to search for the music video of the song on the mobile version of YouTube, though I wouldn't use that to save my life - emTube and Mobitubia are light years better. 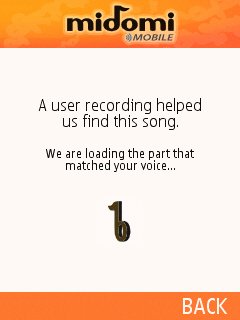 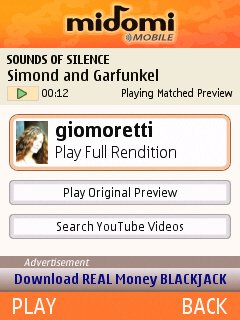 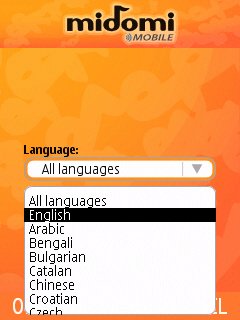 So, what's the point of midomi? For the developers, it's a chance to pick up on newbie advertising money, from those who click on the premium SMS gambling and flirting services or who opt to download casino-themed Java games, all linked at the bottom of each screen. For the user, I suppose it could be handy to track down the source of a snippet that's been going around in your head all day.

But more fun is at dinner parties, where people can attempt to sing part of a favourite song and then use midomi to tell them how good/bad they were at remembering and singing it - no matches means that they were ropey, which is where the laughter and fun come in, of course!

So, ultimately, a novelty service, but hey, it's free and kudos to Melodis for bothering to do a proper S60 native version in the first place.