iNES allows NES and Famicom games to run on S60 3rd Edition smartphones. But how well? 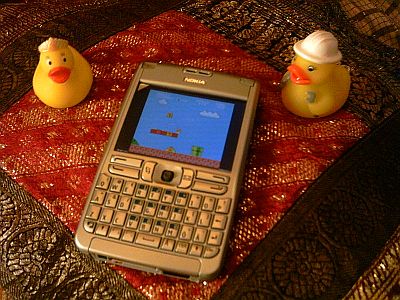 iNES for S60 3rd Edition is the latest emulator from Marat Fayzullin, and emulates the NES and Famicom games consoles from Nintendo.

A demo of iNES can be downloaded from the official site, and the full version can be purchased by clicking here.

Once you've installed it, either by hand or using the PC Suite's application installer, you place the game files you want to run in the directory /Others/iNES/ on your phone's memory card. When you run iNES it will automatically present a menu of all the games in the directory, and you just click on the game you want to play. If you want to change games while in the emulator, you can do so from the options screen by pressing the green Dial/Send key and selecting Load New Program. 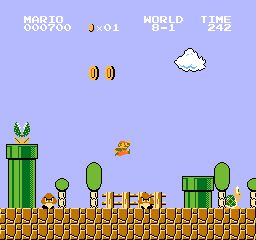 Those of you who've already used one of Fayzullin's emulators will be instantly at home on iNES, it has exactly the same user interface with similar features, some of which can be accessed by pressing the green Dial/Send key and the rest by pressing the right blue soft key labelled Menu during the game. For those of you new to his line of emus the features on iNES include:

- A FFWD button which speeds the current game up while the button is held down, very handy for fast forwarding through long cut-scenes or other boring moments.

- Freeze Game and Restore game, which let you save or restore a particular point in a particular game. If a save file already exists for a game, it will automatically load it when you next run that game, which makes any game into a pick-up-and-play one. You can also reset the console from the options menu if you want to start a game from the beginning.

- Famicom keyboard emulation, for entering BASIC programs (I didn't have the chance to test this however).

- Autofire for either or both game buttons. You can also swap the positions of the buttons on your keypad. 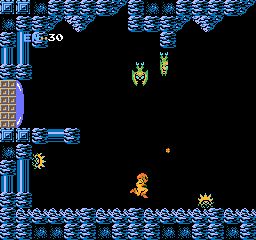 iNES ran the games tested smoothly and they played well at full speed.

When AAS first tested iNES there seemed to be a problem with game music getting out of sync, but after we contacted him the author worked on the issue for two days and has improved audio quality greatly. It's still slightly scrappy on some tunes, for example the first level of Super Mario Bros, but most of the time it's absolutely fine. Apparently the remaining problems are due to S60 3rd Edition's multitasking system, which can cause problems on emulated sound (some other emulator authors have reported similar experiences).

All in all, iNES does exactly what an emulator should do.

Incidentally, Fayzullin welcomes feedback from users. If you have any suggestions or comments to make about his emulators then do get in touch through his official Google Group.