We’ve looked at Mobimate’s WorldMate Professional application a few times over the years, and it’s worth pointing out why. For all the deep and complicated applications that you can get for your smartphone, your first glance at WorldMate makes you wonder why a suite of eight utilities, geared towards the traveler, which has been ported to every platform on the planet, and continues to be updated regularly, remains in the best sellers chart?

The simple answer is… because it works! 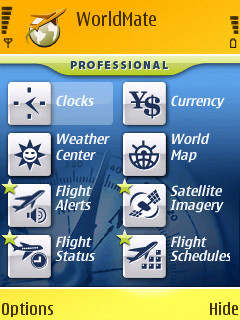 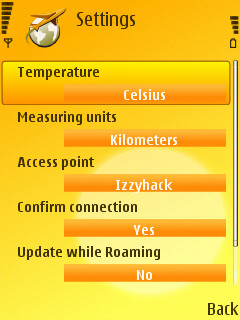 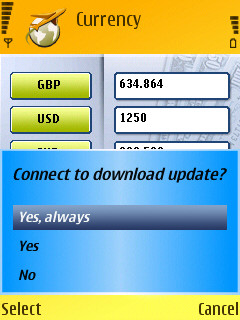 Forget flash graphics, because, in the long run, it's functionality that sells anything and that’s what WorldMate has. The eight modules of the application all complement each other, and add up to being something a bit more than the sum of their parts.  You need, of course, to be part of the target market for the application for these complimentary functions to actually be worthwhile – and that market is the frequent traveller or businessman. A role I take onboard many times a year.

WorldMate works on two levels. On installing, the majority of the functions are freely available. Updating to the pro version (which is $50 for a twelve month licence) will give you access to the latest additions to WorldMate 'Professional', namely the ability to manage your flight schedules, look up new flights and airline timetables, and to set up alerts when flights are delayed or cancelled.

By telling WorldMate which flights you are booked on for your next trip, you will, if they are delayed or cancelled, get an alert sent to the application as soon as is practical. This is a perfect example of an application that is utterly useless 99.95% of the time, yet the one time it does work is when you realize you’ll be adding your flights for the rest of the annual subscription period, and, more than likely, be renewing it for subsequent years. 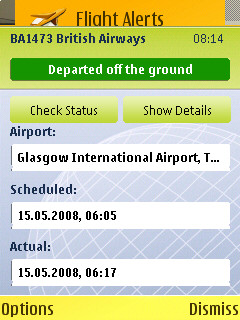 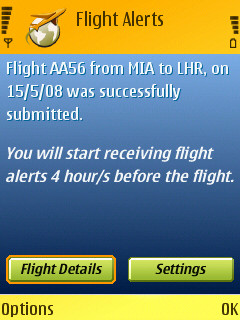 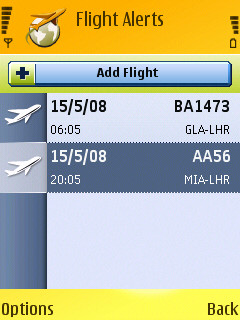 You want a real life example? I recently stepped off a Los Angeles to London transatlantic flight, and I received a text alert from British Airways... my London to Edinburgh flight had been cancelled. As I left the ramp and started the walk, knowing the flight status in enough time, I changed my plan. I walked out of the arrivals area, took a detour through the underground and ended up at the main BA ticket desk. Not only was I one of the first people in the queue for the cancelled flight, but I was placed on an earlier flight and made it home two hours early.

Now WorldMate offers me the exact same convenience, no matter which airline I am flying or where I am in the world, by pro-actively popping up an alert to tell me when I switch the phone back on as I step off the plane. According to WorldMate, this is the first mobile alert system on the Nokia platform, discounting the SMS service offered by some airlines, such as British Airways, but it has two big advantages over the services offered by the airlines. 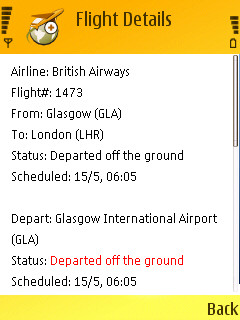 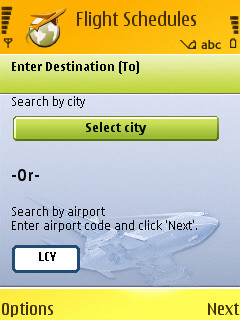 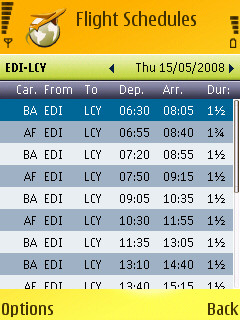 The first is that it is easily available internationally – BA can only send me alerts when I am not roaming, and American Airlines will only let me send alert texts to a US number, not my UK number that I roam with. WorldMate is always with me. The second is that it’s not reliant on the airlines having an alert system because it ties in with the much bigger commerical flight databases. This means that when I am flying on smaller airlines (such as ScotAirways) or the budget airlines (that typically don’t have alert services to keep costs down e.g. Easyjet and Ryanair), I still have the alert service available.

Thanks to access to this database, WorldMate can also offer a number of other flight-related services. There is a rather elegant timetable look up, where I can suggest my arrival and departure airports and see the flights and airlines that work that route, with the relevant take off and landing times. A handy tip is to set up a watch on the aircraft that is doing the flight before you. For example by watching the Edinburgh to London flight, I can see if it is running late and is therefore going to have a knock on effect on its return London to Edinburgh leg. Yes that’s a bit more geeky to set up, but it’s still useful info to have.

So all the flight functionality is something that I would be happy with as a standalone application, but there are also features that are available to all users, both the 'professional' and the 'free' versions of WorldMate, and if the premium services aren't your cup of tea, the other functions still make this an exciting tool to have on your handset.

The world clock function again might seem a simple idea, but trying to remember just when to call home to read the bedtime story is something that must be done. Get it wrong by an hour… and you're in deep trouble. Of course it's also  useful when making international calls and appointments. 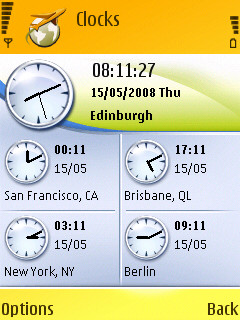 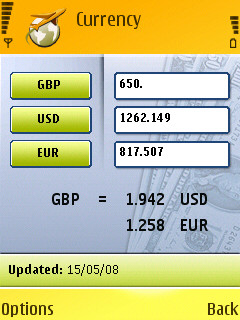 Currency exchange is also a useful function, especially as it looks up the most current rates online. That said, I do find that it’s better leaving it at the rate where I picked up the notes in the local currency; i.e. what I paid then, not what I would pay now.

The Weather Center provides a rough summary for the next few days (i.e. the general condition and temperature). It is exactly the sort of information you would hear on local news, except that it's available instantly in a more digestible format.

There's also an interesting World Map view, with the recent addition of cloud cover/satellite shots of your present location. 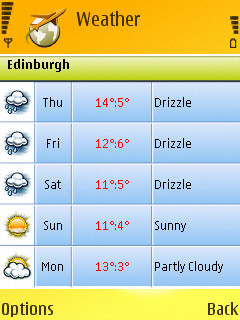 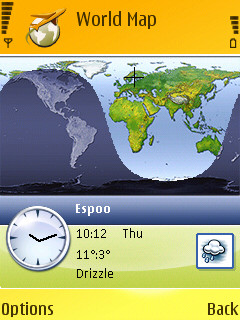 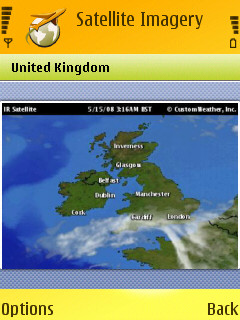 Picking up the trial of WorldMate and going through the different views in the comfort of your sitting room or office is not going to give you a good impression of how useful it really is when you’re on the road.

What you should be thinking is 'How would this help me when I am travelling?' And 'Why is it so popular and why is the user base still growing?' Because, as I said at the start of the review, it works. It works well. And with the addition of the Flight Schedules, the dropping of data prices, paired with faster connectivity, and the availability of traveling data bundles (certainly across Europe and the UK) is enough for me to push WorldMate Professional into the rarified atmosphere of a MegaApp, and give it a score of 90.