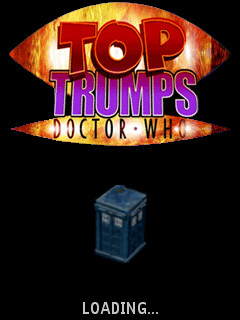 The hit TV series makes it’s way to the mobile world, in Eidos' latest Java game. Yes, you too can wander through space and time with the 900 year old man who delights in picking up twenty-something boys and girls… Let’s face it, the Doctor Who licence could lead to absolutely any genre out there, so why Eidos have decided that the best use of it would be to create a Top Trumps game. Errr, come again? 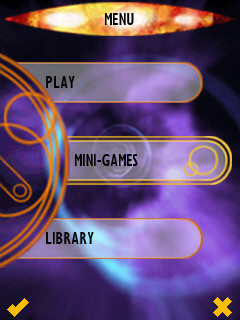 Top Trumps are a peculiarly British phenomenon, although their revival at the turn of the century has seen some effort to market them to other corners of the empire. The basic game play has never changed, and indeed is still here on the mobile version. Each card in the set has five or six ranked attributes – in this Doctor Who version they are Height, Intelligence, Monster Rating, Darkness and Courage. In each ‘round’ the player who won the last round chooses the attribute to be compared, after looking at his card, and then the opponents compare cards. The person with the highest attribute wins both cards, places them at the bottom of their pile of cards, and play continues until one player has all the cards.

This can take some time...

Who Turned Out The Lights?

Thankfully, there is more than one way to play Top Trumps, and this computerized version, labeled as “Top Trumps Adventures” does tweak the game enough to make it not as monotonous as an actual game. This is because the starting points aren’t necessarily 15 cards each, but might see you with 27 cards and only having to win three more cards. After each game, you can save your progress and also gain special ability cards, such as Teleport (swap your current card with your opponent), Blind (opponent must choose the attribute before looking at his or her card) and the Super Top Trump (automatically wins the round). There are nine abilities to collect in all.

As you progress through the ‘adventure’ you’ll unlock more cards to view in the library, and also open up some mini-games, including a High-Low game and ‘Find the Pairs’. They’re a nice touch, but they don’t distract away from the core gameplay. And to be honest, the core gameplay is cute for a while, but starts to get repetitive very quickly.  Choose a number, cross your fingers, choose a number, lose, wait till you get back in, choose a number, cross your fingers, repeat, repeat, repeat… 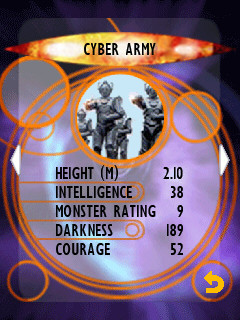 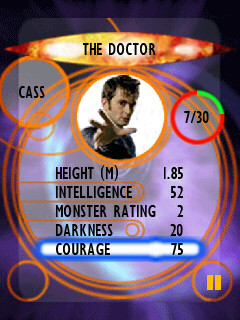 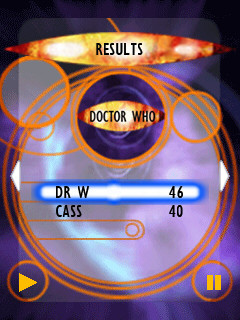 Are You My Mummy?

This isn’t a title for dedicated gamers, but then it was never targetted there - it’s for the younger mobile users. Top Trumps Doctor Who should keep children happy on a long car ride or family holiday. After all, it’s the perfect material, it’s a relatively easy game to understand, and doesn’t need help from Mummy or Daddy to work the controls (this has to be one of the few games where all the keys I expected to work, worked, so congrats to the developer team for that).

It looks slick, the interface is good, but the actual game of Top Trumps leaves a little bit to be desired.