The Nokia BH-501 headphones let you listen to stereo sound on any A2DP-compatible Bluetooth device. Just how good are they? 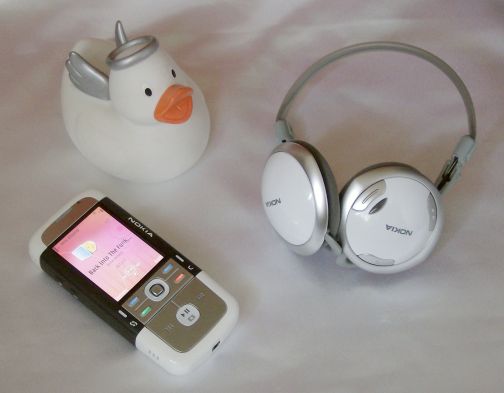 The Nokia BH-501 is a fairly standard Bluetooth stereo headset, compatible with all devices that adhere to the A2DP standard, both Nokia and non-Nokia products. Once the BH-501 has been paired with a device and connected, it will pipe all that device's audio through the headphones.

I tested the BH-501 paired with a Nokia 5700 smartphone (Symbian S60 3rd Edition FP1) and a Nokia 5300 normal phone (Series 40 3rd Edition FP2), both of them running the very latest versions of their respective operating systems and interfaces.

Physically the BH-501 is nice and light, a mere 68 grams, and can be folded into a fairly small size. Putting the headphones on can take getting used to as they hang down the back of your neck rather than looping over the top of your head, but once you've worked out how to do it it's actually quite easy. It's slightly annoying having to clear hair and/or glasses out of the way when you put them on (if you have hair and/or glasses!), but it's no worse than for other large headphones. Despite their one-size-fits-all nature, they're fairly comfortable to wear as the joint between the two earphones is made of very flexible plastic, and as the joint doesn't go over your head its size is mostly irrelevant. The parts of the BH-501 which rest behind your ears are made of a soft almost jelly-like plastic, so they don't really dig into you. The earphones are covered in soft foam and press against your ears comfortably.

It's a matter of taste, but I think the BH-501 headphones look okay too. They aren't huge coke cans, and are relatively unobtrusive. You don't feel a prat wearing them.

Charging time for the BH-501 is four hours and is done using the now-standard Nokia charger with the thin plug. There's a charger included in the sales package as well as a manual. A fully charged BH-501 gives you 11 hours of playback with about 6 days of standby time.

Pairing the BH-501 is painless, it's simply a case of switching on Bluetooth and asking the phones to search for new devices. The pairing code for the BH-501 is fixed and printed in the manual, you simply enter it when the phone prompts you to make the connection. There's a slight quirk here: while the BH-500 automatically connects as soon as you switch it on, the BH-501 requires you to switch it on by holding down the multifunction button, then let go, then wait a couple of seconds, then press the multifunction button again briefly to automatically open the connection with the phone. A semi-automatic connection then, you could say. :-)

The sound quality on the BH-501 seemed fine, I couldn't really tell any meaningful difference between it and wired headphones. Of course audiophiles will have varying opinions about what makes for high quality, but as far as the average person in the street goes, I can't hear any problems with the BH-501. Volume is more than high enough for me, although this will vary with taste and/or the physical condition of your ears. The BH-501 lets you control the volume both on the headphones and on the phone, and it will beep when you've reached a minimum or maximum.

Taking phone calls on the BH-501 is fairly straightforward, you can answer calls by pressing the general purpose button on the headphones or you can answer them using the phone itself. The built-in microphone works surprisingly well considering it's on the side of your head: the callers I tested it with said they could hear me as clearly as if I was using a normal phone. 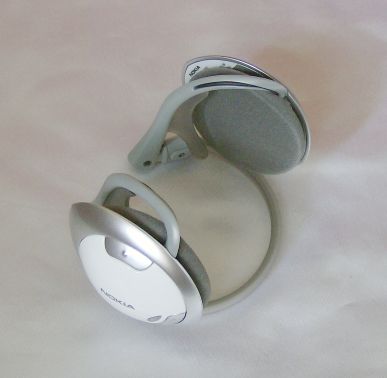 One of the main issues that gets mentioned with all Bluetooth wireless headphones is the reliability of the connection. I did the same tests with the BH-501 that I did with the BH-500 in a previous review, and found that the 501 seems to have a slightly less beefy connection. Whereas the 500 could reliably cope with me being two walls away, the 501 seemed to be limited to one wall. However, in normal use (with the headphones on and the phone in a bag or pocket) I didn't find any problems with the BH-501, the connection seemed perfectly stable.

One of Nokia's official bloggers said he got occasional cutouts with the BH-501 but I didn't experience this. It's possible that the problem was more related to the particular phone used than to the headphones themselves, applications running on that phone, interference from other nearby devices, or just be that he got a dodgy unit while I got a good one.

The BH-501 can be paired with up to 8 devices, although naturally you can only use it with one phone at a time. Interestingly, the official specs say you can use the headphones with two devices simultaneously if one device is pure audio and the other is purely for handling phone calls using the headset/handsfree profile. However, I was unable to test this as I have no non-phone A2DP devices.

The BH-501 headphones do what they're supposed to, although the lack of playback controls is annoying. However, it's worth noting that the BH-501 is at the cheaper end of the price scale, you can get them for about 50 Euros plus sales tax, which is half the cost of the BH-500.