It's.... another monster battery pack review, this time for the Nokia N97.... 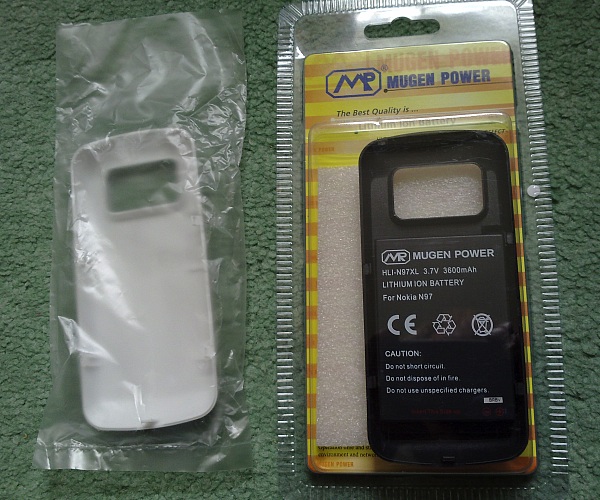 Just savour the statistic for a moment. 3600mAh. That should power the Nokia N97 in normal use for around a week on a single charge. And the cell is made by Mugen, who have an excellent reputation for reliable batteries, so this thing shouldn't burst into flames or do nasty things to your charger: 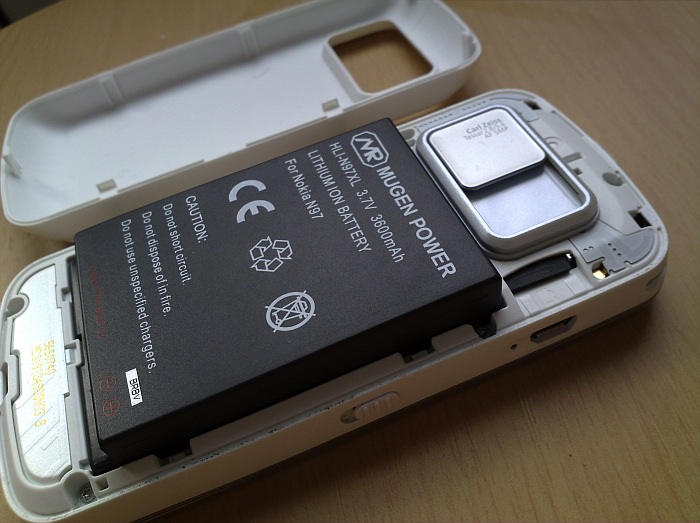 But. As you might expect, you can't get something for nothing, and the extra 2100mAh has to come from somewhere. And that somewhere is a bulky cell that's over twice as thick as the BP-4L (as you'd expect):

And a bulkier battery necessitates a replacement back cover for the N97 (of course). The end result is that your reasonably sleek N97 turns into something of a whale. Or maybe a cross between a whale and a brick(!): 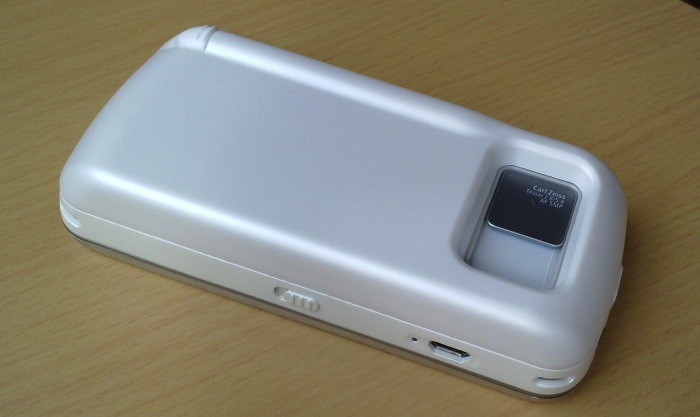 The fit is pretty good and the back cover is made from similar plastics to the original. A sculpted cutout for the camera slider works well and there's a bonus, in the shape of a free stylus, sheathed in a silo, for those moments (in Web?) when a fingertip simply won't do. The silo unfortunately bulks the case out even more - I'd have been much happier without it: 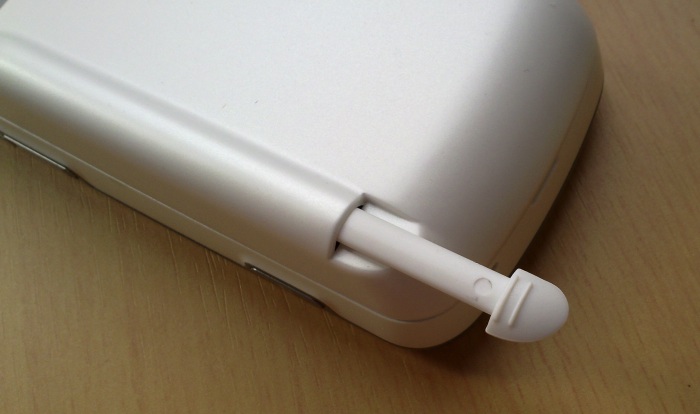 In fact, there's a second bonus, in that you get two back covers, one white and one black, to match your original device. In practice, I found the effect of mixing the colours quite striking, as seen here: 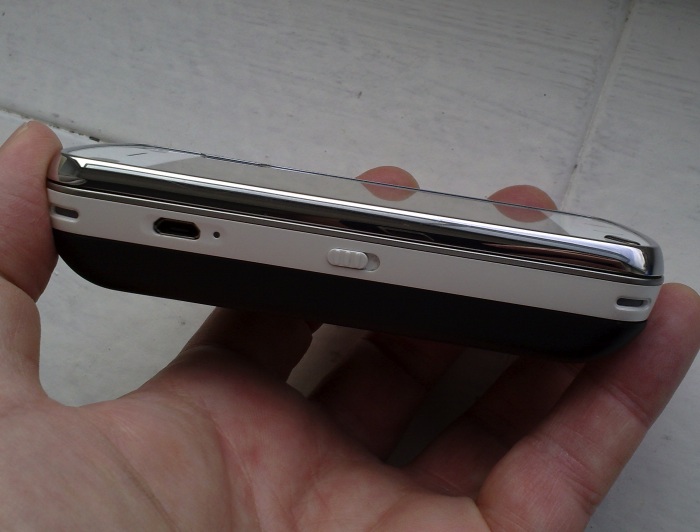 It's at this point that sceptics will say "But I can buy three replacement BP-4L batteries for the price of that Mugen monstrosity!" And they'd be right. But there's a lot of hassle in continually powering down to not only slot in a new cell while mobile, but also keep swapping batteries before the trip, in order to charge each BP-4L battery individually. Having all the horsepower in the one battery does make things a lot simpler.

As with the other Mugen replacements, if you positively need your smartphone to keep going, for day after day, no matter what, then this 3600mAh pack will fill that requirement admirably. But at the expense of transforming the N97 (seemingly) into a form factor from days gone by. It's a compromise that few will be willing to make, but full marks to Mugen for trying.

And, if their designer's listening, how about a 2500mAh cell with slimmer back cover, keeping things flush with the camera bulge - and no silo? Now I for one would definitely go for that!