It's true that the accessory title rather gives the game away and isn't inspiring, but this is an accessory that's much needed in the smartphone (and general camera phone) world. Steve Litchfield muses on a predecessor and and reviews the latest product that claims to be able to hold your phone while it snaps or videos away. 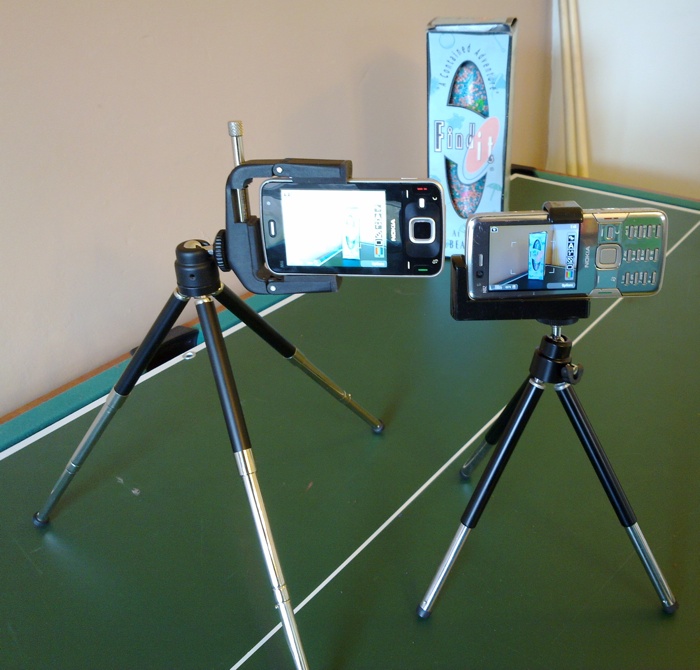 Way back when men were real men and camera phones were real camera phones - we're talking when the Nokia N93 was undisputed king, Nokia filled a yawning gap in the nascent market by introducing the DT-22, the tripod shown on the left in the photo above. Carefully crafted originally to take the N93 in 'transformer' mode, the adjustable swivel also had a little notch that allowed, as shown above, the cradling arms to be positioned horizontally and a generic phone used. In this case, the N96.

Now, the DT-22 was hard to find for sale when it was available. And now that it's officially dead and buried, it's utterly impossible to find anywhere. Which is why I'm holding onto mine. However....

There's now an alternative, shown on the right above: the Mobile Fun Mobile Phone Tripod Holder. It's not as well made and it's not as tall, but it does do the job, perhaps even arguably better than the all-metal Nokia original. 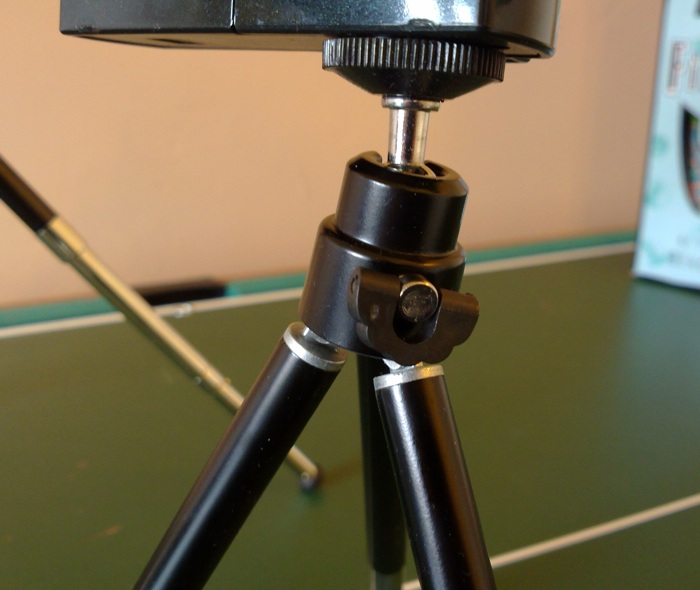 What we have here is a two stage (Nokia's DT-22 was three) tripod in plastic, with a ball mounting above, on which a standard camera mount/thread is fixed. Nothing too unusual so far (in the camera world, at least, aside from the overall size), but on top of this, screwed in by the aforementioned thread, is a purpose built 'mobile phone holder': 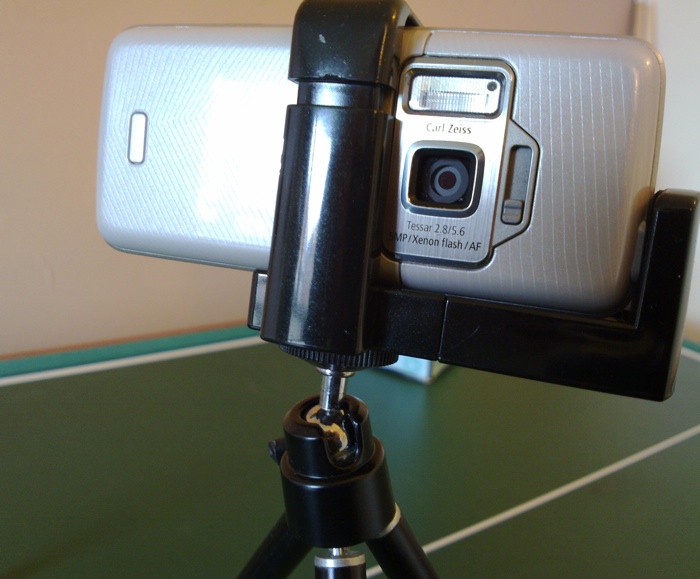 The holder is all plastic but quite sturdy enough. The horizontal arm extends an extra centimetre if needed, while the vertical arm extends about 9mm and is heavily spring-laden. All the contact points with your precious smartphone are padded with a layer of rubber.

To use, there's the slightly tricky operation of pulling the vertical arm upwards while bracing the bottom half with your other hand - and then inserting the phone with your err.... third hand. It's a lot easier with two people, or you could brace the bottom half of the tripod with another part of your body (e.g. knees).

Once in place, the tripod works fabulously well and is, in fact, better designed for modern camera phone operation than Nokia's DT-22, which at the end of the day was designed around a specific, eccentric model. And, as with the DT-22's top section, the use of a standard camera screw thread means that you can take off the holder and mount it onto a much larger professional tripod if needed. It'll look a little strange, but it's definitely possible.

The Mobile Phone Tripod Holder may not be made of metal, it doesn't reek quality, but in a world where it's the only game in town, I'm more than happy to adopt and to recommend Mobile Fun's fairly cheap accessory. If you missed the DT-22 rush in 2006, grab this one while you still can!