Lament Island is a 3D Tomb Raider-style action adventure game, apparently exclusive to S60, made by a development house in China. Read AAS's review to find out whether this is worth exploring. 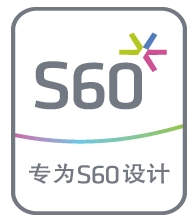 To put it in a nutshell, if you want console-like games on your smartphone, Lament Island may well be for you. This is one of the most beautiful and technically accomplished phone games ever released, and apparently it's exclusive to Symbian S60.

Perhaps because of its audio-visual richness, the game's installation procedure is a little more complicated than usual: you have to transfer several directories of files over to your phone's memory card and then install the SIS file that comes with them. This is a bit annoying, but it's not a terrible pain as the game ZIP file includes complete instructions. This is well worth installing, so don't give up at the first hurdle. 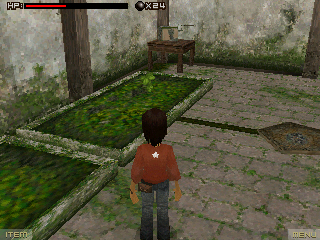 Lament Island is a fully 3D action-adventure game along the lines of Tomb Raider, but with a Chinese setting and made by Chinese developers. You explore a deserted mansion on an island using a detailed set of controls which rely on the direction pad, keypad and soft keys.

Those who remember the N-Gage version of Tomb Raider will find something very interesting in Lament Island: an OPTIONAL version of the infamous auto-run feature. Autorun in TR for N-Gage was notorious for making Lara run off cliffs, but in LI it actually works quite well, and this reviewer used it very often. It's easy to activate (click forward twice) and deactivate (click back once), and is especially suited to a phone keypad. Indeed, it works so well on a phone keypad that one wonders if the N-Gage port of Tomb Raider was originally intended for a conventional phone.

The first part of the game is taken up by a TR-style tutorial which introduces all the controls one at a time, blending seamlessly into the actual game itself, and you learn some additional skills later in the game. You can walk and run, turn, jump, crouch, use objects, examine things, fire pellets and swing a pickaxe. Each action has its own dedicated key, and they're laid out in a fairly memorable way, though it's perhaps a bit overwhelming at first. Objects in your inventory can be combined with other objects, and the inventory usefully categorises objects into tools, medicines and storage media (yes, it's odd, but so is this game). 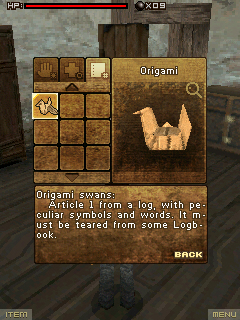 Lament Island is atmospheric. Its world is filled with detail, including text descriptions for most of your surroundings when you examine them, and there's even a small "hidden" cut scene where you look up at the house's fountain near the door, which can only be accessed if you depart from the game's expected path up the stairs in the first room.

Some objects have to be broken to find other objects inside, and this is definitely a game where you should explore and examine everything. To explain the plot, as you progress you find various origami animals that have the story of a sea voyage written on them, with the story unfolding as you find more animals. To make the game even more immersive, some of the puzzles make use of the phone's microphone and camera, for example you have to blow into the microphone to remove dust covering a carved symbol.

It's not all exploration though, there is a combat element which requires you to use the pickaxe and catapult, and the pickaxe can also prove useful when trying to uncover secret doors (the map, when you find it, will show the location of hidden exits in a room). You have a health meter which goes down when you're attacked by creatures, and you can also be poisoned which makes the meter turn blue and slowly run down. Poisoning can only be cured by finding an antidote herb, but general health can be restored by finding medicinal herbs.

Some special puzzles require you to do certain special tasks, for example turning the handle of a battery charger to the rhythm indicated by on-screen arrows in order to fully charge a battery. 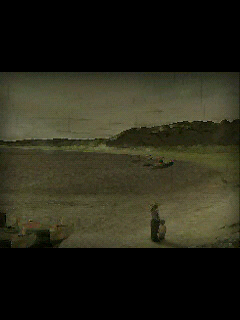 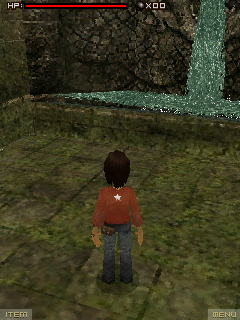 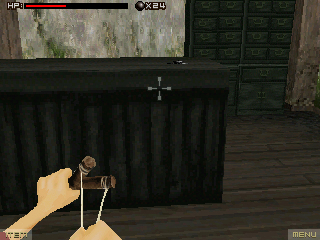 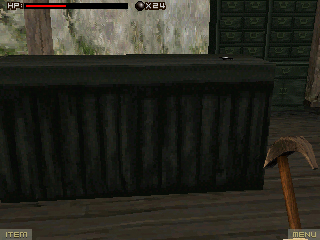 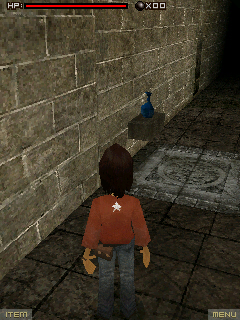 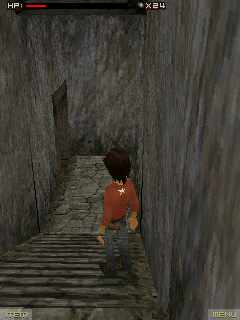 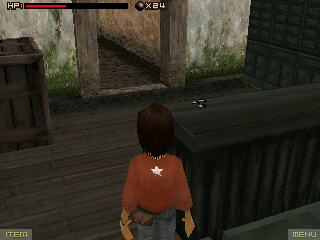 The intro is a quiet and understated series of paintings depicting fragments of a story, accompanied by a beautiful but sad song sung in Chinese. It makes you feel this game is going to be something a bit special, and indeed it is.

To put it simply, Lament Island is possibly the best-looking and best-sounding S60 game so far. While the graphics aren't exactly PSP-quality (there are pixellated textures on many of the walls for example), for a phone game this is absolutely superb. It looks and sounds like an N64 or PlayStation game, complete with video and scripted 3D cut scenes, and no frame rate problems either. Even the title screen looks great with its neverending water effect.

LI has an absolutely wonderful soundtrack, professionally done and suited to the world it depicts graphically. The music in the background changes from one location to another and is very nice indeed, never getting annoying.

We were told Lament Island only worked in vertical/portrait mode, but as you can see from the screenshots in this review it works fine in horizontal/landscape mode too on our Nokia N93. We couldn't switch between modes during the game, but you can easily change modes by saving, exiting, and then re-launching the game in the new mode.

One important warning about the graphics: if you have an unofficial S60 theme installed on your phone, this may cause occasional flickering within the game. If this happens, switch to one of the official themes that came with the phone, and the flickering should stop. 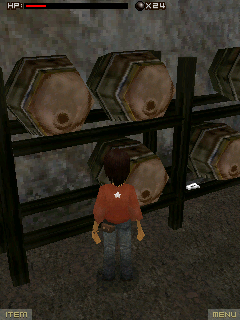 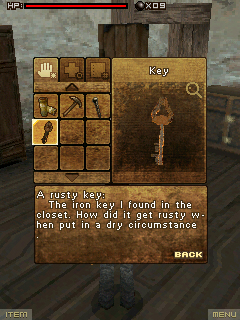 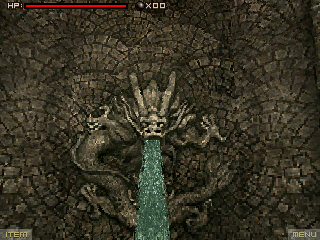 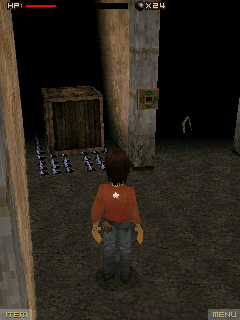 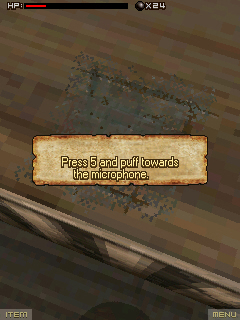 Lament Island works fine on a TV. Unfortunately the wall textures look more pixellated on a big screen, but hearing the lovely music through proper TV speakers is brilliant. The gameplay is just as good on a TV as it is on a phone.

Our Bluetooth keyboard worked very well for directional control, pressing arrow keys is more comfortable than using a small phone direction pad. However, our keyboard doesn't have a keypad, just a row of numbers at the top, so things like jumping or crouching are difficult to do because it's difficult to remember which number does what. Lament Island's controls make sense on a 3x4 button keypad layout, but they're completely unmemorable on a 1x10 row of numbers. If your keyboard does have a keypad though, this shouldn't be a problem.

Lament Island isn't perfect, it can be annoying dealing with the bats that attack you, and there are some baffling bits of Engrish here and there. Also, like all adventure games, it can get very frustrating when you can't work out what to do next. On top of that, this is not going to suit people who want short bursts of simple instant gaming.

However, it's an extremely finely crafted phone game with some truly beautiful graphics and music, interesting and logical puzzles, a tantalising plot with multiple possible endings, and even attempts to push phone gaming beyond just the keypad. Lament Island is the kind of thing that makes people use words like "art" when discussing computer games.

Some people may prefer exploding aliens and fast cars, but sad stories written on small folded paper animals can be far more evocative.

PS: You can see a gameplay video of Lament Island in action over on the Unofficial Nokia Gaming Blog.

The game reviewed here was the Symbian S60 3rd Edition version of Lament Island. It was reviewed on a Nokia N93. The game works in both 240x320 (QVGA portrait) mode and 320x240 (QVGA landscape) mode.

You can buy Lament Island for the following Symbian platforms, simply click on the appropriate platform to go to the purchase and download page: