Steve reviews an application that truly deserves the adjective 'essential'.

One of THE plagues of the modern world is the vast amount of confidential information that's required to be remembered, from accounts to PINs, from reference numbers to memorable information, from login details to software reg codes. When this plague started, it was just about possible to survive with a single password that you used for everything, but as time goes on, passwords and PINs get chosen for you and there's always the security worry that once your password is discovered for one system, everything else will be vulnerable. Then you start buying software and accumulating bank and card accounts, and the amount and variety of 'secret' information quickly explodes.

I suspect the vast majority of people simply write most of this down somewhere and accept the security risk of it being physically discovered by a thief. As a smartphone owner though, you'll be very aware that your electronic brain should have the capacity and power to remember all your secret information and only reveal it to you. Some Nokia devices even came with a basic password protected 'wallet' application, but the problem was entering your life's collection of passwords, PINs and handy notes all on the tiny phone keypad. What's needed is an encrypted database system for both PC and smartphone that's fully secure and able to be full synchronised, so that you can enter (and paste in) data on the desktop.

And, in a nutshell, that's what Handy Safe is. Here's the desktop version: 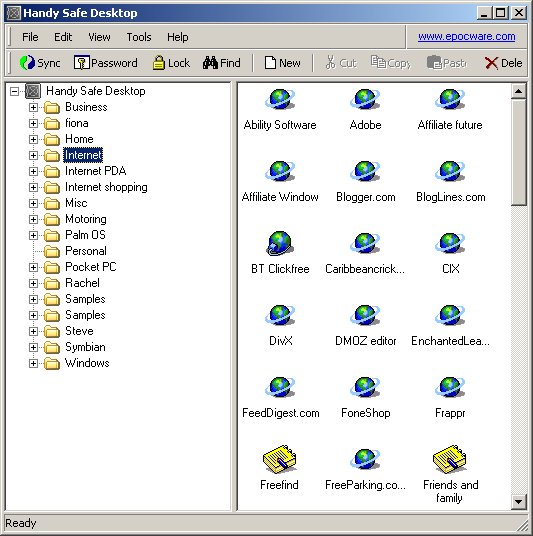 Your secret information is held in entries within themed folders, though don't get get too hung up on how you organise things as you'll be finding entries using the 'Find' function most of the time. Each entry can be of one of several dozen types (from credit card to health number to web site login), each of which comes with appropriately named fields and, importantly, a general purpose 'Note' field into which you can paste or type free-form notes and other relevant information.

By the way, you'll note from the screenshots that I'm using Handy Safe on the Nokia E61, running S60 3rd Edition, but it also works fine for all 2nd Edition smartphones and there are even versions for UIQ and the Series 80 Communicators. 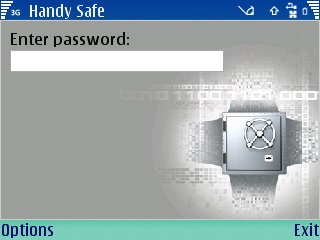 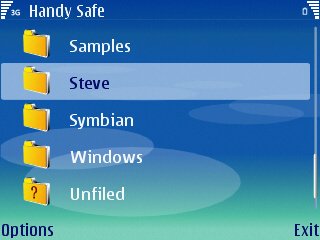 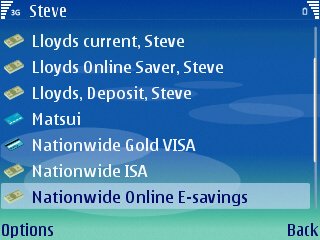 The 'drill down' approach to getting at your data works fine in practice, with the only slight caveat being that, on the S60 version at least, you have to 'Edit' a Note field in order to actually view it all, in the same manner as the built-in S60 Contacts application. 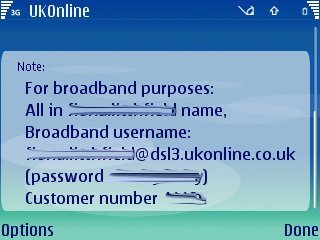 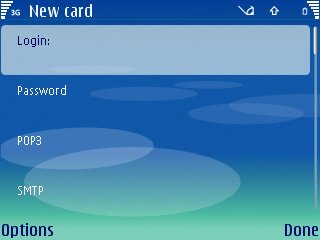 As you can see from the screenshots, Handy Safe takes its cues from the current theme and this makes it feel more of a built-in application, which is a good thing. When starting Handy Safe from the main applications screen, you're prompted for your password and, interestingly, you're not asked again until you finally close the program and restart it later on. In practice, this means that if you like leaving applications open (as is generally good practice on Symbian OS) then there's a slight security risk if your device is pinched. I'd recommend closing Handy Safe each time after use. 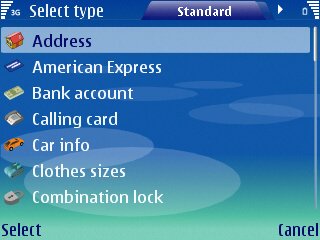 Back on the desktop, which is the main place you'll be entering new information into the Handy Safe system, the interface is somewhat bare-bones but fully functional. There's no import or export system in version 5.0, which tends to lock you into the Handy Safe world, but at least there are no problems syncing data between multiple devices. I was able to get my rather huge (10 years worth) set of confidential information (most of it entered in the desktop during the years it was being synced to my Sony Ericsson P900 and then my Nokia 9210/9500) onto both my N70 and this E61 with only a couple of mouse clicks. Handy Safe's desktop simply and politely asks which connected device to sync to and off you go.

Handy Safe's history has been a little chequered and inconsistent over the years, with versions that synced to one device but not to others, versions that synced the main data fields but not entry notes, and so on. Version 5.0 seems the most wide-ranging yet and, apart from the slightly awkward handling of notes, worked impeccably for me.

There are a hundred and one 'secure databases' for Symbian-based smartphones, but Handy Safe is the only one I've tested that has a proper desktop version that's fully syncable. You can't at the moment, sync devices from different Symbian platforms (e.g. S60 and Series 80), but I'd imagine that EpocWare's boffins are puzzling through this one at the moment.

Handy Safe isn't perfect, but its functionality and reliability is something that both Rafe Blandford, Ewan Spence and I swear by on our personal smartphones, quite independently from each other, which is in itself hopefully a pretty good recommendation.