Of course, GPS utilities that log your position and keep track of where you've been are nothing new, on any PDA or smartphone platform (hey, I only reviewed ViewRanger a couple of days ago!) But being able to export this information into the native KML format used by the massive Google Earth system, available over the Internet, is something interesting, especially at this price. Even if just for novelty's sake, being able to overlay your logged journey onto a photographic image of any area at any zoom level, is cool, cool, cool. Cutting to the chase, here's the end product of Google Earth Companion: 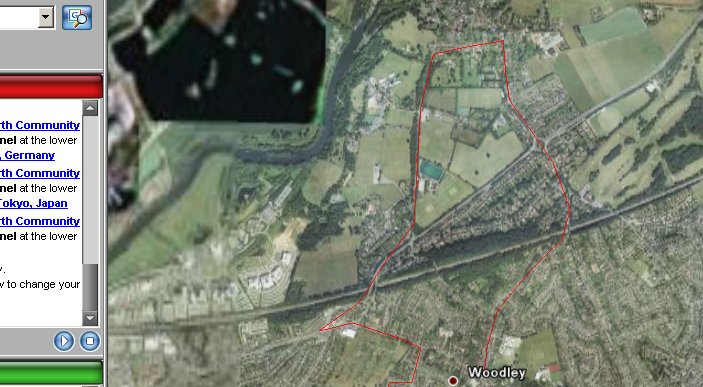 Now, obviously, my route above was trivial, to say the least, but the matching between recorded position and Google Earth is already impressive, considering that the Google photo data isn't going to be 100% accurate, being compiled in rectangular sections, and given the few metre accuracy of GPS itself. I had Google Earth Companion set to record my position every 20 seconds (the default), and you can see that in places the straight lines used to join 20-second points don't properly follow roads with any degree of curve. Within the 'Misc' preferences, you can drop this recording interval down to as little as one second, although the size of your KML files would then start to grow significant (although still usually in the tens of kilobytes rather than megabytes).

Away from its core function, Google Earth Companion is a capable GPS point-to-point navigator, you'll get the idea from the screenshots below. As with other utilities of the type, you set up waypoints (e.g. 'Home', 'Base camp', 'Park') as you go and then get the software to guide you back to them when required. 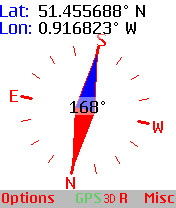 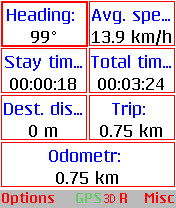 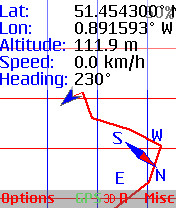 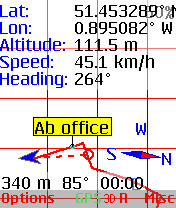 Unusually, SmartphoneWare have used both left and right soft keys to bring up menus, though there's a clear distinction between set-up and configuration (left) and actions (right). 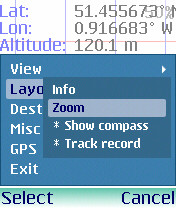 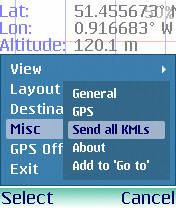 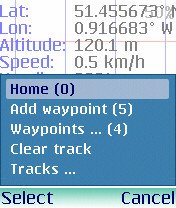 There's a good selection of single key shortcuts to common operations and, once you get your head round the usual GPS/navigation terminology, using Google Earth Companion is pretty easy. If you want to break a long journey down into separate tracks you can name each one, otherwise you'll build up data in the default one. Once back home, simply beam your KML files over to your PC and open directly in Google Earth.

Despite the relative (and arguably necessary) clutter in its menus and screen layouts, Google Earth is easy to use, does what it says on the tin and, at only $10 or so, won't break the bank while you have fun printing out exactly where you've been.