In this review we're doing a group test of some of the heavyweight S60-powered cameraphones. It's the Nokia N86 8MP versus the Nokia N97, Nokia N82 and Samsung i8510 (Innov8).

In this group review, we compare the results of photos shot on the Nokia N82 (an imaging-focussed S60 phone with a five megapixel sensor and a very good reputation), the Samsung i8510 (the first 8 megapixel S60 cameraphone), the Nokia N97 (Nokia's new high end Nseries) and the Nokia N86 8MP (Nokia's new Nseries imaging flagship). The intention is to provide some real world comparison shots. By their very nature, such tests aren't very scientific, but they should provide a good guide to what you can expect from day-to-day point and shoot snapshots.

In all of the following photos we have Nokia N82 (top left), Samsung i8510 (top right), Nokia N97 (bottom left) and Nokia N86 8MP (bottom right). For each image you'll find a link to the source files for each device. Please note that these files, which are unedited and at full resolution, are relatively large - around 1 MB for the N82 and N97 and 2MB for the i8510 and N86 8MP.

As far as was possible, the same capture location and conditions were used for each photo. The important thing here is less the quality of any individual photo, but rather the comparative differences. You would be able to improve any of the photographs by fiddling with settings or using a better photographer (I'm a point and shoot person).

It is worth saying at the outset that all of these devices are able to produce good results. Cameraphones have come a long way in the last few years and it's not at all unusual for people to use a phone in place of a camera. But there's always room for improvement and cameraphone performance continues to improve.

These pictures were taken in sunny conditions (well, sunny for the UK). These are among the easiest conditions to cope with and there's relatively little to choose between the devices here, although the i8510 had a bit of trouble with the sky, but does a marginally better job on the colour accuracy of the tarmac. 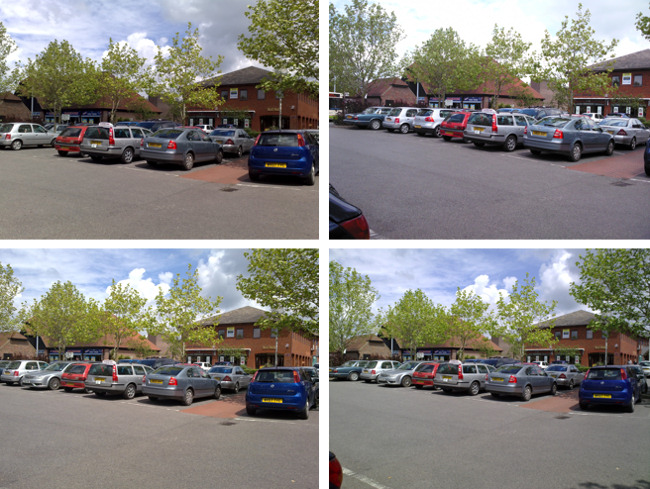 These photos, which were shot at dusk, present a much bigger challenge as light levels are much lower. I turned off the flashes on all four devices. The N86, with its variable aperture and larger sensor, clearly stands out from the rest of the group.  The i8510 didn't manage to focus, although with the flash enabled it did a much better job. The N82 is second best, with a significant advantage over the N97. The information to take away here is that the N86 performs very impressively in mid to low light conditions. 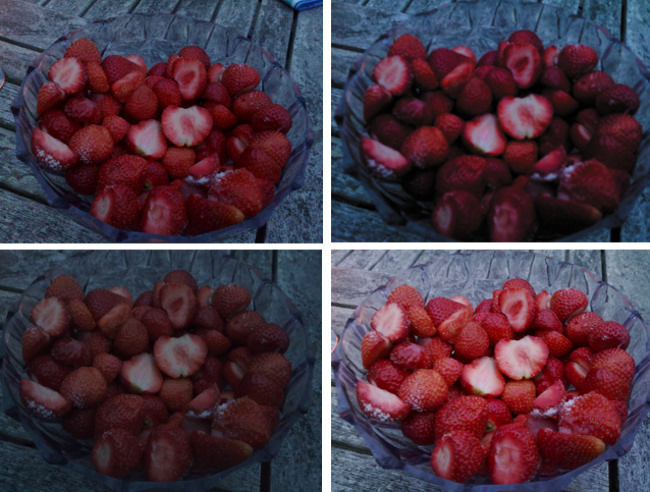 The subject of Xenon flash is controversial. If you consider still image performance in isolation then there's no doubt a Xenon flash is best, but with video capture, battery life and size factors to consider, it's not a simple equation. As the N82 clearly demonstrates in this set of images, a Xenon flash provides superior illumination and captures a sharper picture. Less than a metre away, as in this case, and an LED flash will do an acceptable job, but further than that and performance drops off.

In this set the N86, looks a bit under powered, but closer examination shows that it manages the best colour accuracy. The i8510 does a decent job too, but the N97 struggles with the surrounding grass. It is also worth pointing out that, given its performance in low light conditions, you should find you need to use the flash less often on the N86 than you would on other phones. 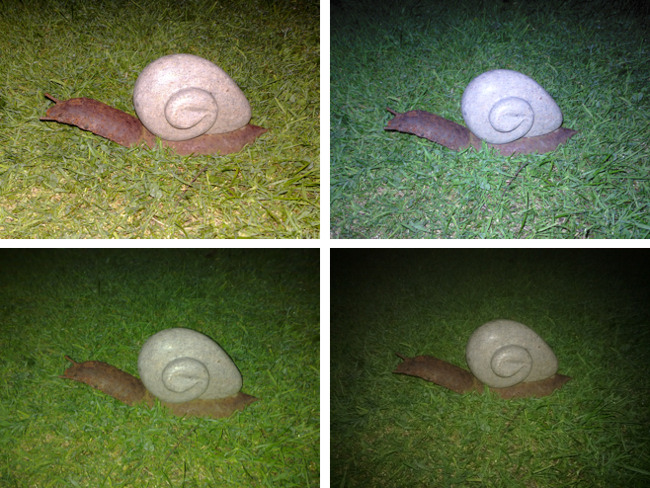 This landscape capture caused problems for all the devices, with the main issue being poor focus points. The i8510 does the best all round job, but is let down by the colour accuracy of the sky. The N86 has good colour accuracy, but lacks focussed detail. The N82 just edges it over the N97, but it's a clear overall win for the 8 megapixel devices.

This image does effectively demonstrate the effect of the N86's wide angle lens. You'll see 'extra' landscape has been captured on all four sides of the image. 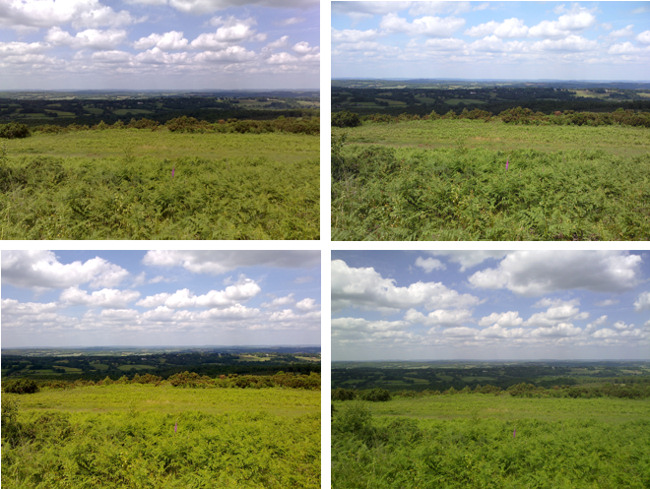 These set of images were taken when the sun was shining strongly. As a result, all the images look slightly over-exposed, with the N82 and N97 being the worst culprits. The i8510 does a reasonable job, but once again it is the N86's colour accuracy and detail that make it stand out. The wide angle lens on the N86 also captured a greater area, including the leg of my foot!

All the phones tested here offer separate manual exposure controls, which would likely improve performance. If you put in the extra effort required to tweak settings then you'll be rewarded with better pictures. However, in reality, most people, when grabbing a quick snap, will leave their camera settings on fully automatic, perhaps with the exception of the scene mode setting. 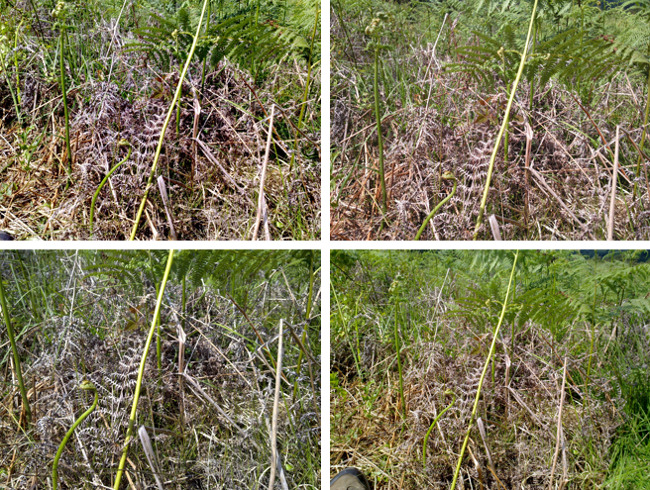 Here's a macro shot of a rose. The different choices that Samsung and Nokia make in their respective colour algorithms is very evident. While the N97 and N86 get close to the 'real' colours on the leaves, the i8510 is closer on the petals. The images below suggest that the N97 and N96 have produced similar results, but if you look at the source images then you'll note the N86 has captured better detail over a greater area. The N82 produces a good all round shot, but doesn't match the detail found in either the i8510 or the N86. 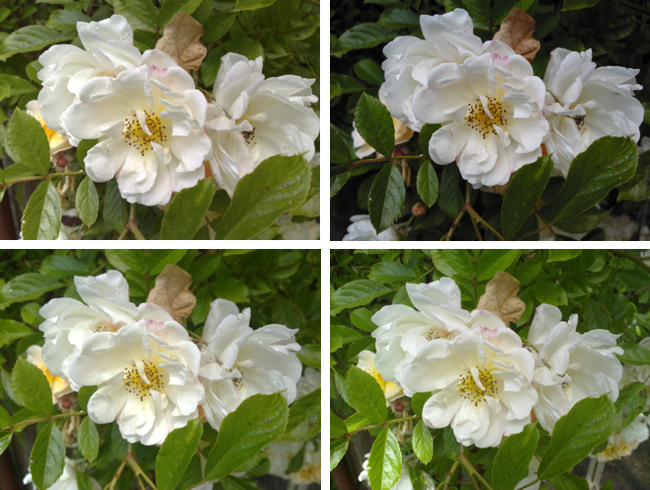 This is another tricky shot, with a mixture of foreground and background to capture. The i8510 does a good job in the background, although, once again, does not seem to get the sky quite right. The N82 and N97 produce good foreground results, but lack focus in the middle distance and background. The N86 has good colour accuracy, but its wide angle lens means it has a greater range of conditions to cope with (more sky). 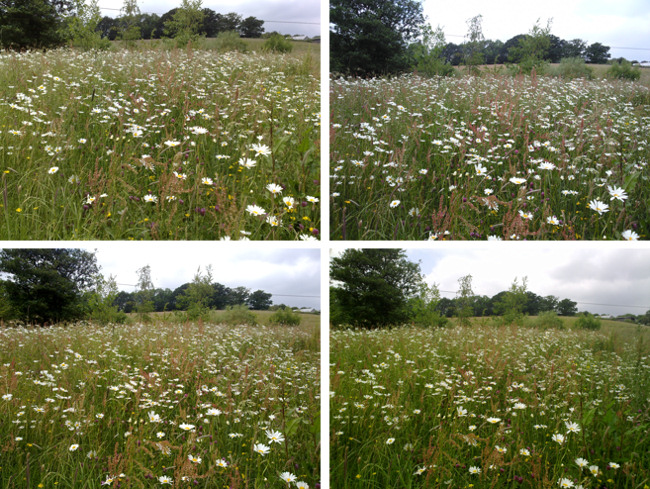 The N86 produces the best looking photo in this group, while the N97 produces the worst, thanks to a washed out background. The N82 and i8510, arguably, do a better job of capturing the detail of the dog's face. The wide angle lens of the N86 is again evident. Moving closer and taking the photo again (so the framing is similar to the other devices) resulted in improved detailing on the dog's face. 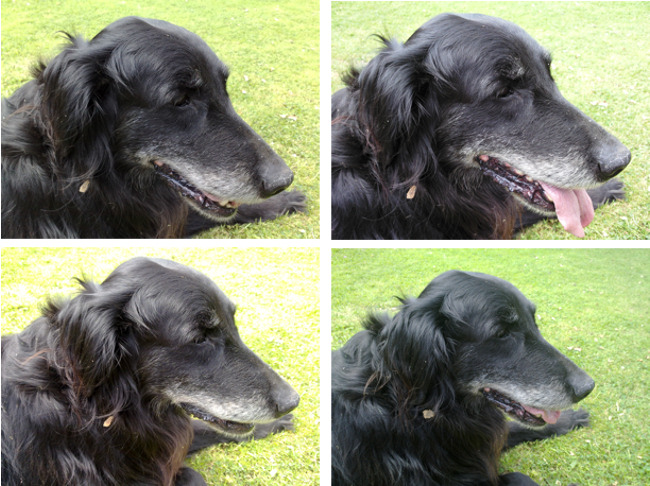 These images were taken inside a wood with moderate/dappled light, with fast moving water. The N82, i8510 and N97 all produce similar looking results, with the i8510 and N82 having a slight edge. All three devices 'blur' water and are able to pickup the complex detail of fast flowing water.

The N86, by contrast, produces a very different and much better looking image. Despite the low light conditions it is better able to capture the fast moving water and accurately reflects the complex patterns and light reflections. A clear win for the N86. 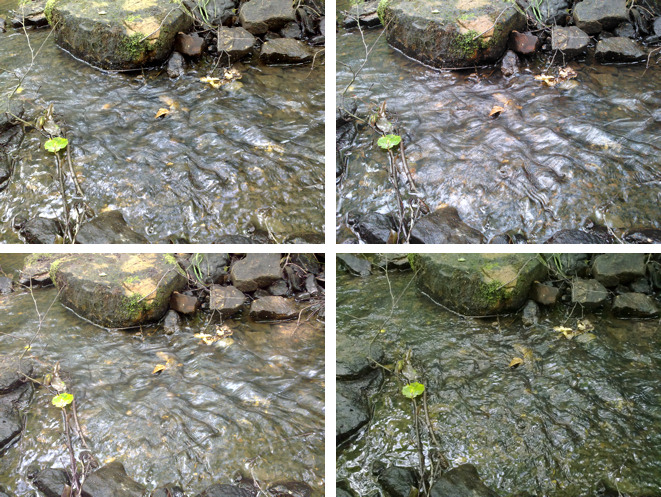 These images were when it was very dark (fall over your own feet dark), with the flash set to automatic (fired in all four devices). These are extreme conditions - in most cases you'll shooting in conditions with some background light. The car is about 2.5 metres away at it closest point. The chairs in the background (visible only in the source images of the N82 and N86) are around 10 metres away.

The i8510 and N97 both perform poorly, as you would expect from a typical LED flash. The N82 produces the best looking image thanks to its Xenon flash. However the N86, equipped with a dual LED flash, also performs well, though it lacks some of the sharpness on the N82. Notably the N86, arguably, does a better job at capturing the wooden bench and two fold-up chairs in the background (top left, viewable in source images). It certainly sets new ground for an LED flash/sensor combination. Although the extra brightness of the dual LEDs isn't significant, when paired with the larger aperture and larger, more sensitive sensor, the results can be at least comparable to a Xenon-fired camera, as you can see: 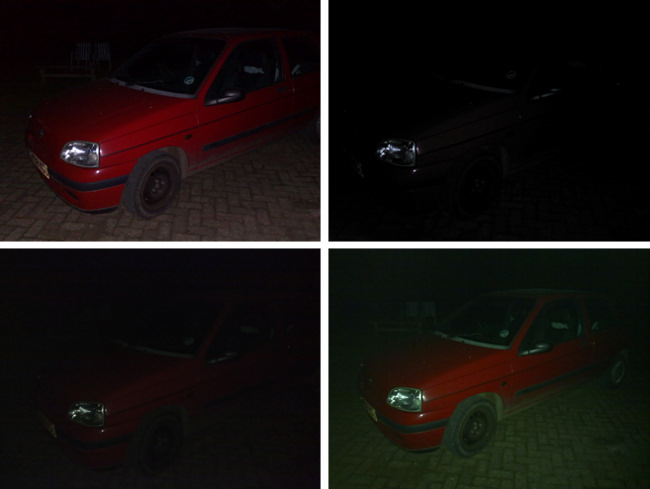 The main aim of this group test is to let you see a direct comparison between some top cameraphones running S60 on Symbian OS. At least a part of such comparisons comes down to personal tastes and preferences. Colour reproduction, for example, regularly produces differences of opinion. Hopefully with these images you'll be able to form a more informed opinion about the merits of each device.

However, I do think it's fair to say that the new N86 does manage to show its imaging prowess. There are some obvious examples of superiority and consistently good performance across the full range of photos. I was also surprised by the relative weakness of the N97. However, it is worth bearing in mind that both the N86 and N97 are on their first public firmware release. If previous devices are anything to go by then there'll be significant improvements with future software updates.

Nokia N86 photo gallery - comprehensive gallery with a view from (almost) every angle, with commentary.