...here comes the Big Box of Blox - a Columns style game for Symbian OS from Digital Eel and Astraware. Ewan takes it out, drops it on the floor and sees if it vanishes or stays on his phone....

"If you don't mega-game this, I'll be surprised," said Steve as he passed over Astraware's latest release, the Big Box of Blox. Well, Steve, prepare to be surprised.

Coded by Digital Eel, and published by Astraware, the Big Box of Blox is a mouthful of a name for a reworking of the classic game ‘Columns'. To refresh those not in the ‘falling blocks that vanish in a funky way' brigade, a vertical column of three blocks falls from the top of the game grid to the base. You can rotate the order of the blocks in the column (but not rotate the column, it will always be vertical) and drop them to the floor. If you can sort out a three in a row (horizontally or vertically) those blocks will disappear, gravity pulls everything else down, and if you get a chain reaction of another three, then score-tastic! 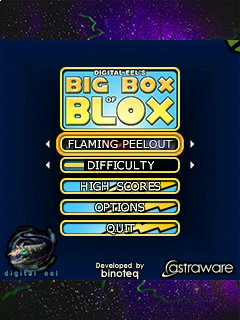 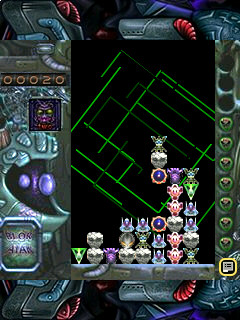 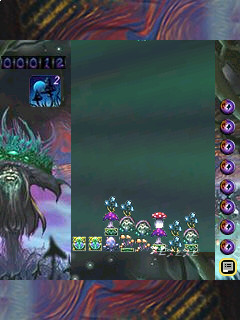 It's a good game (it's just not Tetris), and while it's certainly popular over many platforms with many develoeprs, it can get very boring and same-y after a very short amount of game play. Over the years many ideas have been tried to keep it fresh for game players, and Digital Eel's version is no different. Going with a number of different game styles that tweak the basics (adding in a rock block that can only be exploded away by a bomb, not by a three in a line; rockets and explosions to clear the game grid; joker blocks that match with another colour...) does give you a number of options that will keep you playing the game if the basic mode isn't enough for you.

I'm also going to point out the difficulty curve is set to ‘gamers' hard. It's going to provide a serious challenge to casual game players, as the speed of the blox falling increases very quickly, even on the early levels. Hardcore games will appreciate the challenge, but it might be a touch frustrating for others. 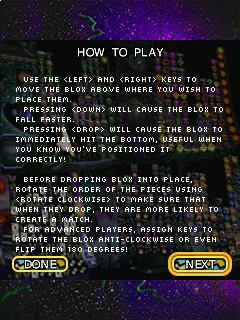 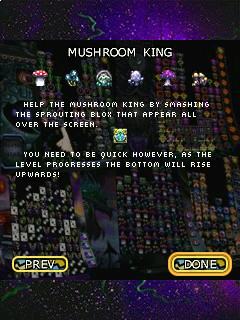 And this is what drops Big Box of Blox from being the perfect game - the difficulty is a shade too high, the concept is a touch jaded and it just doesn't have that 'one more go' addictiveness that other games manage to capture. And having to manually exit and restart the game when your screen orientation changes is just poor form; this is the first time I've seen this in an Astraware title (others take a few moments, but cope with the change without a restart). 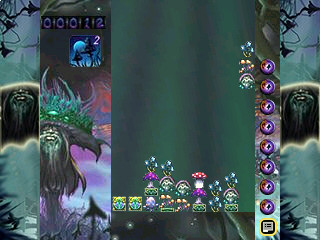 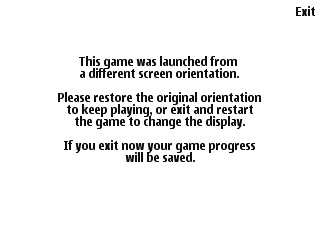 To be fair, the game looks wonderful, the screenshots tell that story, and the presentation is top notch and very artistic (dare I say Geiger-esque?). The problem for me is that the graphics used for the actual blocks are so highly detailed that it takes a good bit of effort to differentiate them - and in a game of falling blocks that speeds up, this needs to be something where the rational brain can be bypassed and you play with all the ability of a Jedi Knight using the force, you can just tell what block is what... You've got your mojo - you're in the zone... I was in a good place mentally... All phrases I can't use with Big Box of Blox.

As mentioned at the top, Big Box of Blox is a strong game, and there may well be an argument from some that it should be a mega-game, but I'm going to shade it slightly and hand it an 85 - definitely recommended, but not a must buy for every handset owner (which is what I think 'Mega-games' should be).

It isn't a new concept, and while it does have a number of special jewels and actions in the gameplay, these have always been part of the game to some extent (see the magic block in the Sega Game Gear version for example). There's also the complexity of the block shapes that make recognition something you need to focus on. Big Box of Blox is impressive, plays well, but just misses that certain something that would elevate it to greatness.