If you're a phone geek, customising one's smartphone is one of the best things about owning it. Since the release of Symbian^3, we have enjoyed the always-on clock and notification display from our AMOLED displays. Screenlock FX is an alternative lock screen that attempts to replace the original with far more functionality, but does it warrant the £4.00 price tag? Read on to find out.

The Symbian lockscreen - or screensaver, whatever you wish to call it – has been a firm favourite among the new additions introduced with the 2009 vintage of Symbian (and the old N86! - Ed). So far, only Nokia Sleeping Screen has offered a serious substitute and advancement to the standard issue screensaver, which brought more styles and colours. Screenlock FX offers a new 'sleeping screen', which not only changes that of your device, but introduces a secondary lockscreen. 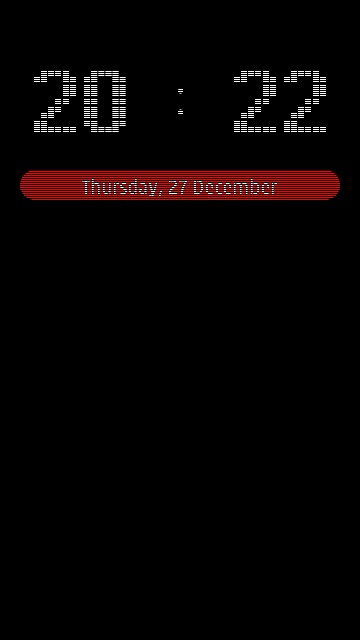 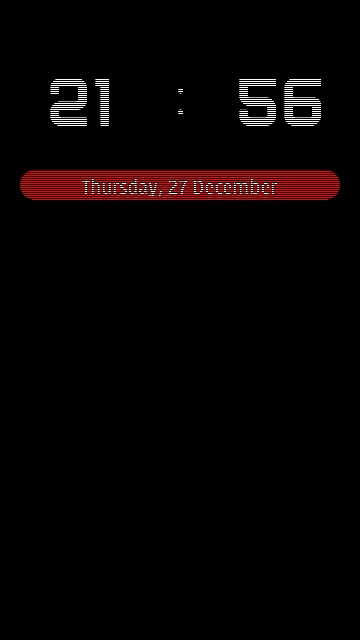 The most disappointing aspect of the screensaver is that notifications are not shown, so you have less information from your device while using this app. This combined with the fairly amateurish looking fonts makes the screensaver look rather dated – but still, a change is perhaps as good as a rest! 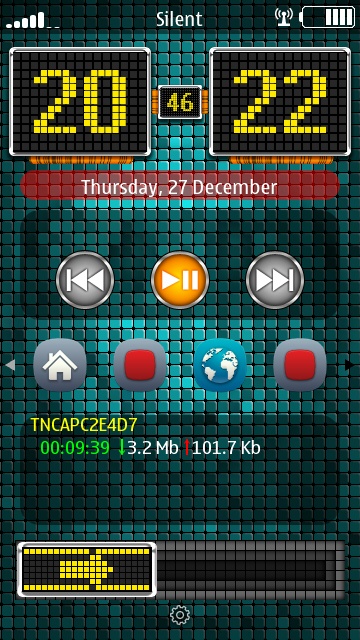 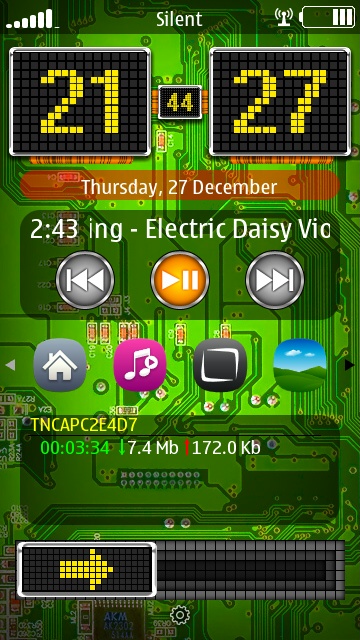 When the hardware lock slider is used while in stand-by, the app takes you straight into the Symbian homescreen. To access the secondary screen of Screenlock FX, you need to press the menu key. On one hand, this means you could easily miss a lot of the app's functionality if you are in the habit of just using the slider. However, having the app only take over one of the two routes into unlocking the device does provide flexibility.

The secondary screen bears a passing resemblance to a Nokia Belle homescreen, albeit with different accents. From top to bottom, there is a digital clock and date, a music player widget, a row of recently used application icons, a data counter widget, with a horizontal slider to unlock the screen. Before you get any smart ideas – no, you cannot change the lockscreen widgets. While what's there is a good selection, it's a shame that there isn't flexibility to tailor the app to your individual needs. 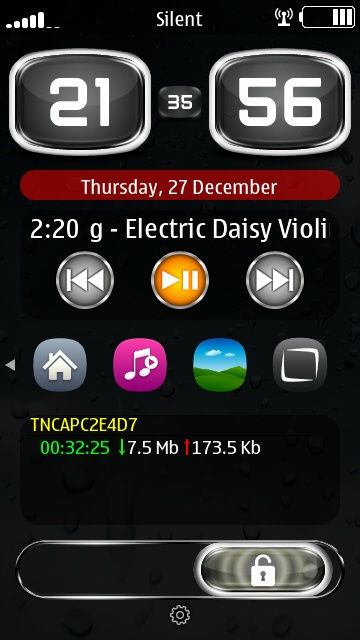 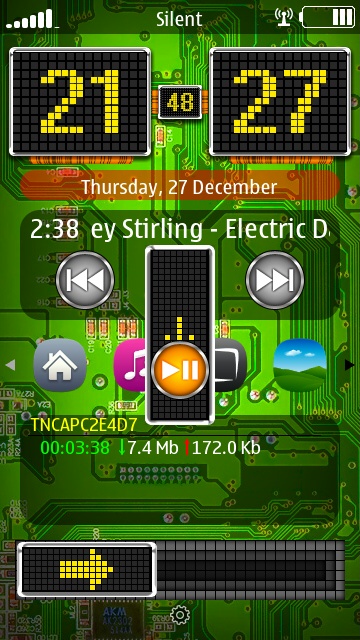 You may be wondering how much of an effective lockscreen this app is when it has so many touch inputs. Well, accidental touches are protected against because every touch control is a slider. Whether you wish to pause your music or go into a recently used app, the corresponding icon will turn into a slider when touched.

Beneath the primary unlock slider, you'll find a cog icon which leads to the app's settings screen. Here you'll find settings for transition effects, and various ways to lock your device via sensor inputs. For example, the shake option allows you to lock and unlock your device by triggering the accelerometer. 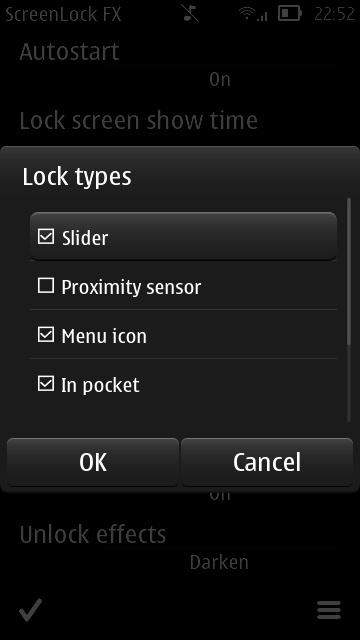 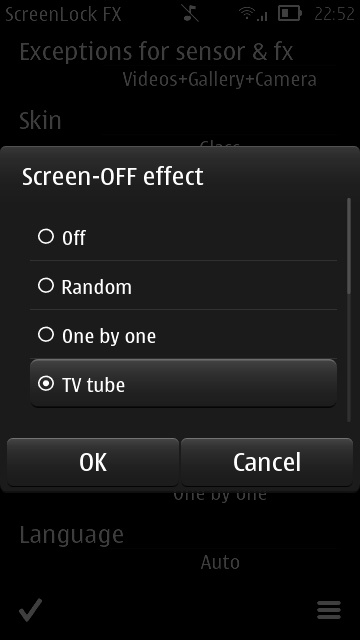 In terms of performance, I found Screenlock FX to be detrimental to the overall performance of the phone, especially when combined with Symbian's quirk of being 'confused' as to whether the screen is locked or not. Unfortunately, the transition effects of Screenlock FX were often (but not always) stuttered, and so spoilt the user experience.

Screenlock FX has a free time-limited trial. When you purchase the full version from the Nokia Store, the trial version is automatically uninstalled. This is a nice touch of polish that I wish other app developers would use.

When it comes to upgrading to the full version, it comes with a £4.00 price tag, which I feel is a tad too high for what the app offers and its quality level. Good effort, but I'll take a pass on this one.