For all touchscreen Symbian-powered phones, Genius Button Football offers a taste of 'Subuteo', i.e. table top flick football - it's well implemented, surprisingly addictive once you get the hang of it, and with half times of only a minute or so, makes for a quick and satisfying casual game.

The idea, as I'm sure you'll know, is to reduce football to a turn-based game for two players. On each turn you can flick one of your (in this case) three circular-bottomed players with a set direction and strength. Usually this will be towards the ball, striking it a full or glancing blow. And then it's your opponent's turn (in this case the phone/CPU). Rinse and repeat for the rather excellent turn-based sport of table top football! 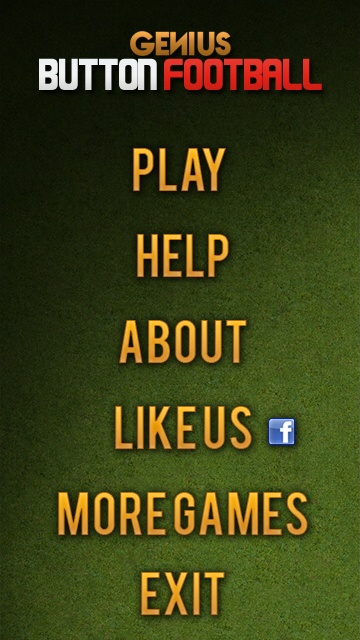 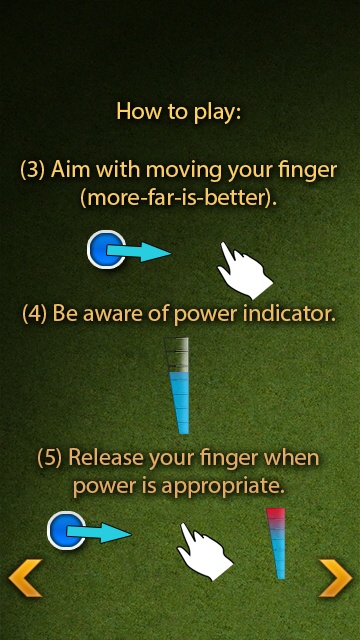 The description in the Nokia Store is a little misleading, mind you: "Di Stéfano, Puskás, Ronaldo, Messi - and all the other great players of football are with you, in your pocket. Use your imagination and play with them or against them". 'Imagination' is right, we're talking about three coloured blobs each here!

You move by long tapping on a piece and then dragging a vector away from it in the desired direction. The momentum/power imparted is determined by a power bar which starts filling up when you start dragging and then cycles up and down until you decide that it's got roughly the right amount for the shot you want, at which point the shot is made. It's a system which gets slicker and more and more intuitive, the more you play. 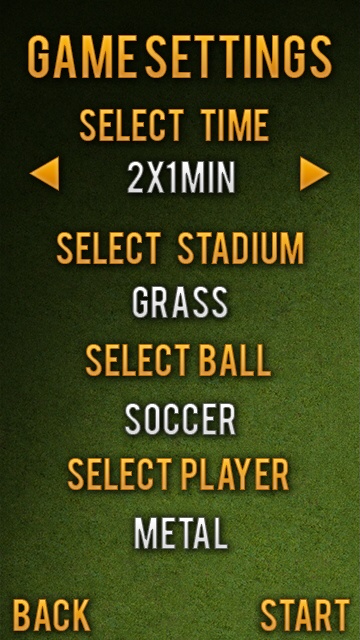 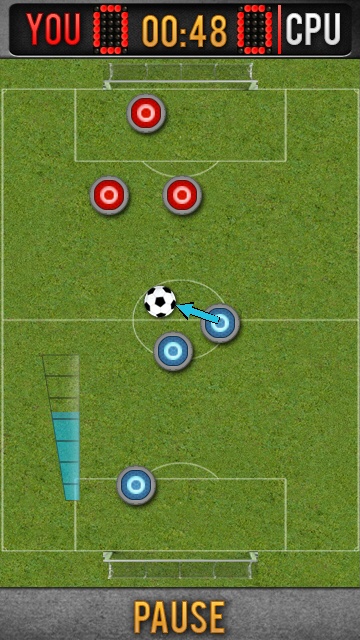 There are three stadia on offer: grass, sand and (once you've clicked through the main menu to like the game on Facebook) 'Mars' - no, really. Not that the physics of the game change, it's purely a cosmetic thing. Three match times are available: 2 mins, 4 mins and 10 mins.

If Genius Button Football doesn't look like much then don't be fooled - as you get faster at making your moves and as you start planning some strategy (allowing for bounces off edges and corners, leaving a 'man' in defence, playing deliberate 'pool-like' glancing blows to squirt the ball off at a desired angle), the game gets more fun and more addictive. After a few games, I dare you not to raise a right fist in the air as you score... 'GOAL!' 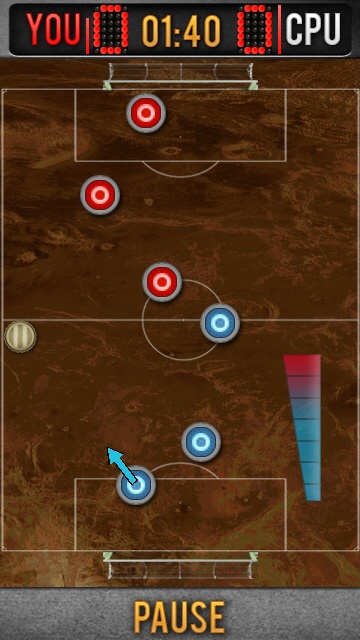 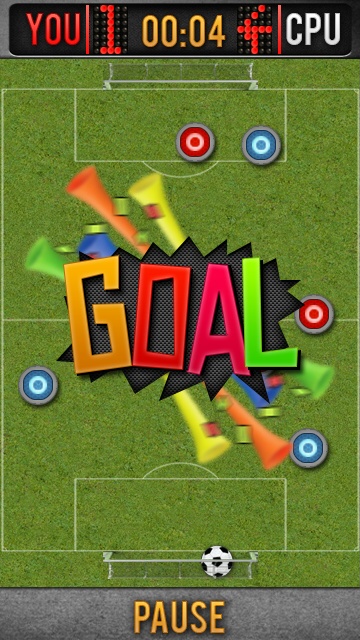 Whichever planet you play on(!), Genius Button Football naturally gets faster and faster, at which point you'll move too fast for your own good and the CPU will step in to score - gah. The dot matrix scoreboard, sound effects and animations all add atmosphere, though I did note that the 2D ball movement could be a little uneven sometimes - it's not clear whether this is a bug or intentional (to simulate bouncing?) 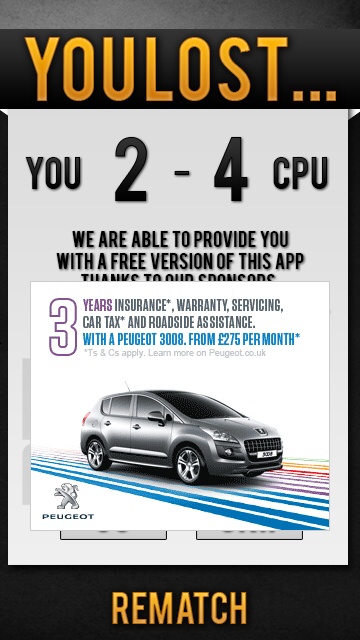 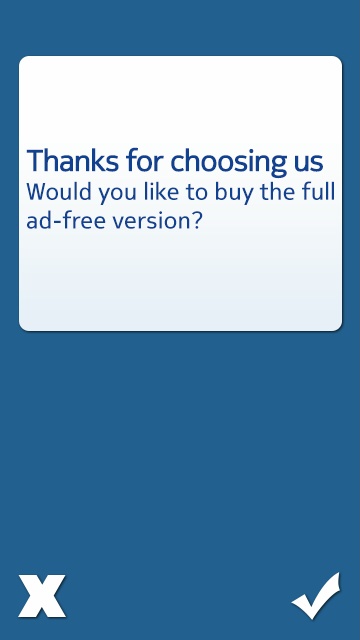 There are two versions of Genius Button Football linked above: the free, ad-supported version screenshotted above (though, oddly, the 'Go' and 'Skip' buttons are obscured by some of the ads!) and the commercial 'Pro' version without ads here, currently £1.50.

This nicely slots into one of my favourite genres, that of the 'infinite game', yet which starts quickly, doesn't take too long and yet always offers a new challenge. Micropool was in this camp and has been on every Symbian phone of mine for the last 4 years - it now stands a good chance of being joined by Genius Button Football. Recommended.