If you have an eye for detail, you are just the person for today's puzzle game, Romance of Rome. You follow the life of Marcus, a young man trying to make his mark on Roman society. Your job is to help by finding objects hidden on sumptuously drawn backgrounds; but where's the romance in that? Well, finding valuable objects and completing tasks for the well to-do people of Rome will help him to win the heart of a certain young lady. 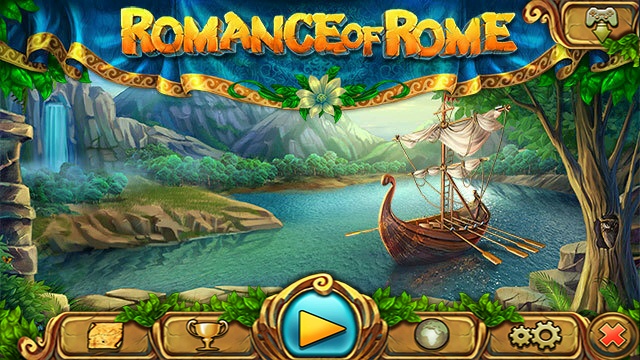 The object of the game is to follow the main character's adventure through Roman society and to ultimately 'get the girl'. Between episodes (i.e. levels) of the game, the story is told by entertaining comic book style graphics. Each one sets the scene for the next episode. 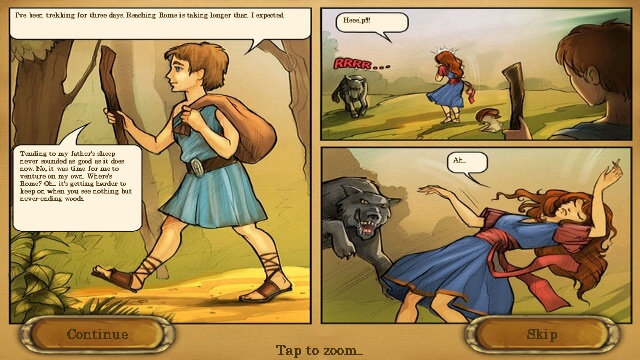 The way in which the game is played is by spotting objects, hidden mostly in plain sight, across an intricately painted scene. In fact, Romance of Rome rather reminds me of one of the mini-games in Azkend 2, which is no bad thing. The objects you have to find are shown across a toolbar, but only so many are shown at once. If you spot something which has yet to be shown on the toolbar you cannot actually 'discover' it – even if you know it will soon be asked for. In this way, there is something of an order in which objects have to be found.

Not all objects are equal though; those marked in green squares will be added to your inventory and are required to unlock items that contain other objects. Contrary to what the tutorial says, this is done by tapping an object in the inventory and then tapping the corresponding item in the painting. 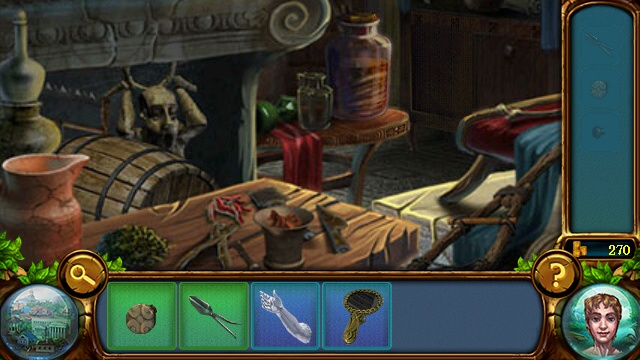 Each episode has several locations for you to work in, and each has a distinct scenery painting on which you'll look for objects. However, as you progress, the locations start to become interdependent with containers in one location only being unlocked by an object found in another location in the current episode. 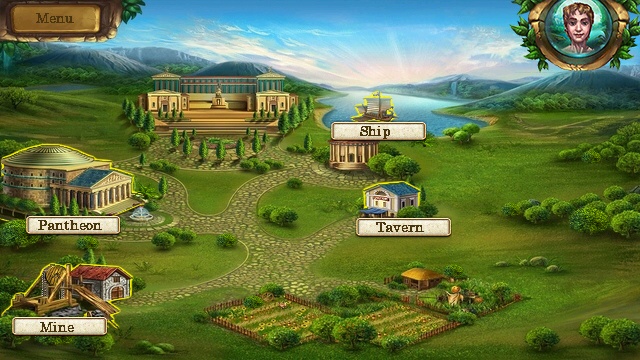 You earn gold for finding each object, plus the characters you meet during your adventure will give you 'quests' to find special objects for which you'll earn extra gold. Throughout the game, you can access the market, where you can buy increasingly ostentatious finery – as this is the way to demonstrate your status in Roman society and to catch the eye of that special girl! 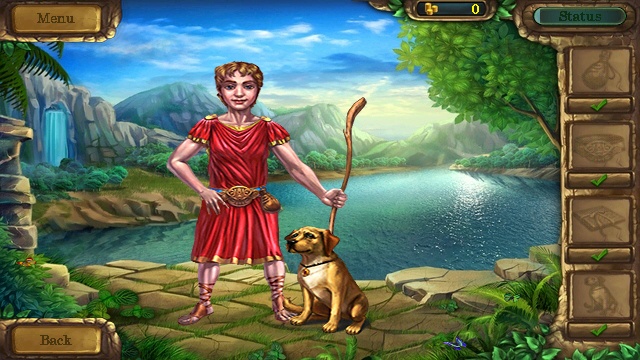 The market screen where you can give yourself a Roman makeover!

Romance of Rome demands a high level of visual acuity if you are to spot every item without help. If you can't find everything though, tapping the icon marked "?" will point out a random object from the toolbar. Once used though, there is a cool down period before it can be used again, preventing you from just tapping it for every single object. The game also has a measure in place to discourage you from randomly tapping everywhere in the hope of 'fishing' for an item. When you have more than three unsuccessful taps, the scenery will darken and you'll have to wait a couple of seconds before you can continue playing. 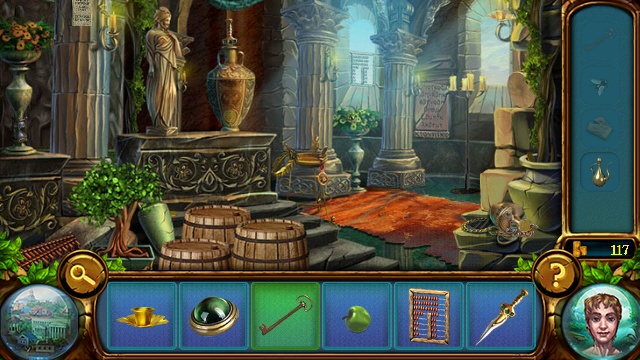 Note the question mark and search icons. The latter lets you zoom into the picture.

With all that said, the game is a good test of one's grey matter, and you do have to think laterally about which objects will unlock which containers. The storyline mostly serves to break up the potential monotony of the on-going puzzles, but it doesn’t particularly direct the gameplay – you are doing the same activity over and over. As such, I'm sceptical of its longevity. However, for what it is, I have to compliment the developers on a well presented title. 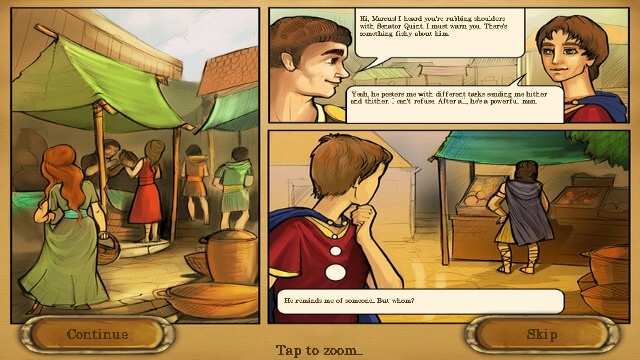 One reservation to my last comment is that the game takes an inordinate amount of time to install – so much so I thought it was broken – it's not just the gameplay that requires patience!

If you enjoyed Azkend 2, and you like your puzzles with a dash of storyline added, then you could do far worse than trying out Romance of Rome, but not if you're lacking in the patience department.

You can get Romance of Rome in the Nokia Store for £1.50.