Are you an aspiring architect or a budding bridge builder? Then the game Bridge Bloxx could be for you. It's a puzzle game where you have to build and repair bridges which not only have to support their own weight, but support the weight of passing trains too. With this game, we have a battle of graphics and user interface versus gameplay and engagement. Which aspect wins? Read on to find out.

When I first launched Bridge Bloxx, I instinctively held the phone in landscape. To my surprise it showed a message demanding me to hold the phone in portrait. This gave me a bad feeling about the game, as it seemed very odd to have a game about building bridges not work in landscape mode. That observation seemed to set the tone for the rest of the testing phase. 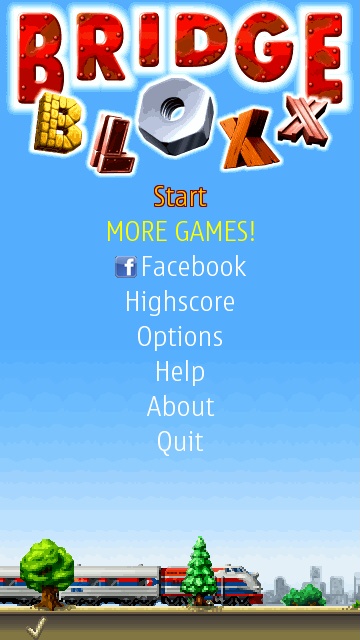 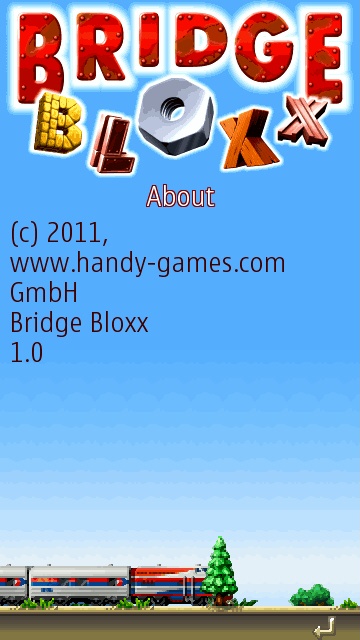 The game is actually quite easy to pick up, and I've played very similar incarnations of it on Android. The game area is filled with nodes on which you connect various building blocks to construct or repair each bridge. Depending on the level (i.e. rural or urban environments), you have wood, rope, stone, or steel as building materials, and each has a distinct set of shapes and sizes.

On some levels, the bridge has been built with too many blocks, and you're instructed to remove the redundant parts without compromising the bridge's structural integrity. To do this, you use dynamite, of which you have the choice of single sticks or bundles. The former are also handy if you've placed something by mistake. 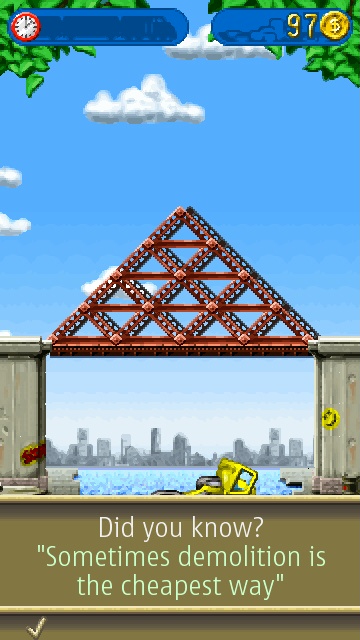 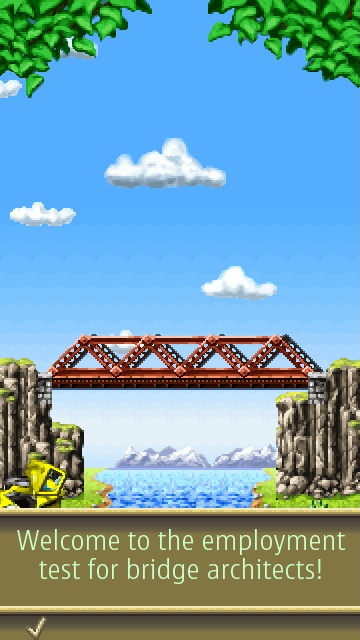 As with any civil engineer, you have a budget to which your bridge has to be built. Therefore, blowing up mistakenly placed sections with dynamite is a costly thing to do because the cost of dynamite and replacement parts come out of the money you're given at the start of each level. You're not only limited by money, but by time too. In a sane society, the train line to an in-progress bridge works would be closed. Not in the Bridge Bloxx universe, the train is on its way and you have to have the bridge ready for its arrival, lest there's a crash. If you think you're ready ahead of time, you can tap the train indicator to have it instantly cross your bridge; and if it stands up to the test, you'll win bonus pay based on the remaining time. 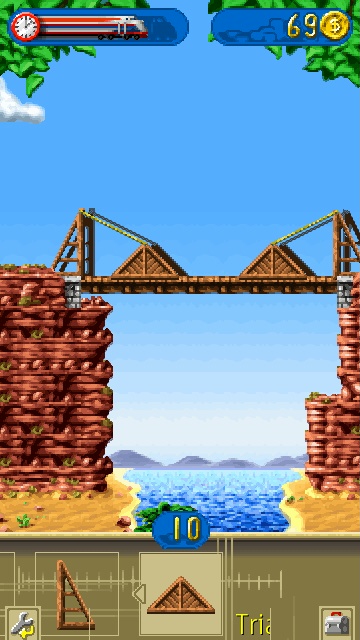 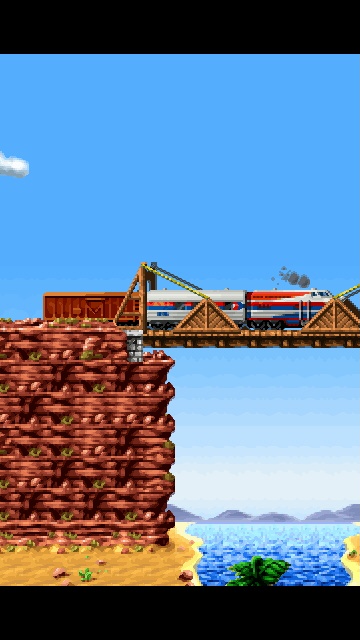 The process of analysing the existing structure, and working out what's needed to make it stable is fascinating. I wish there was some sort of strain meter though; I ended up over-engineering a few bridges because I wasn't sure how strong they were. You have to bear in mind that each section has its own weight, and so you could tip the balance and make your bridge collapse under its own weight. 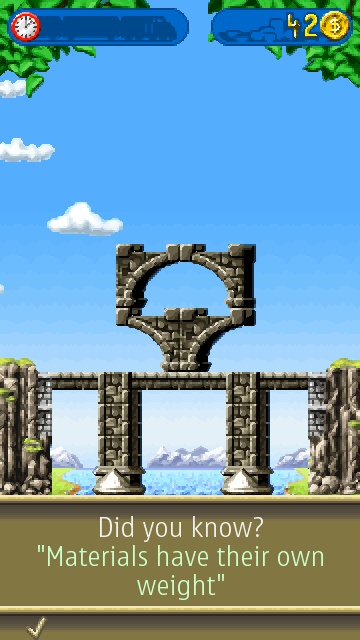 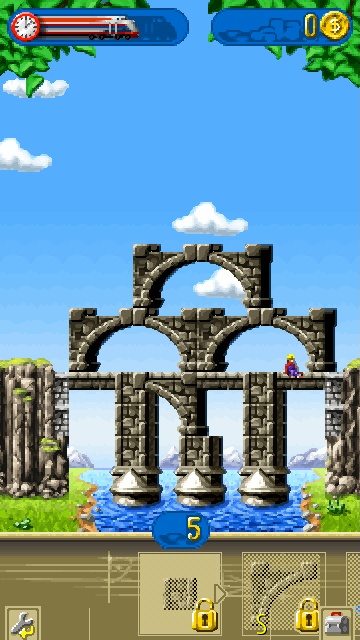 Pleasingly, there are some levels with stone arch sections, which you can put together to spread the load down to the bridge's supports. To match arch sections, which come in halves, one side has to be rotated, which is a tricky action. Rotating sections is supposed to be achieved by a swiping gesture. In my experience rotating was often a hit-and-miss affair; most of the time it would either just not work, or erroneously place the block before I was ready.

Rotating was indicative of the overall problem with this game. Not only were the graphics dated, but its responsivity was poor and control methods were not intuitive, despite the text-based instructions provided in the tutorial. That's why I said in the introduction that Bridge Bloxx represented a battle between gameplay and user interface.

Aesthetically, the graphics are dated, but that alone wouldn't have killed the game. I said above that I wanted a strain gauge – well actually, had there been more animation I could have seen the bridge sagging under its own weight; instead, things were very static. The latter combined with poor controls and responsivity ended up making me feel detached from the game, and frustrated while trying to place things. I also felt that touch elements were too small because of the imposition of portrait graphics, despite the (literal) landscape nature of the game.

You can get Bridge Bloxx Gold for £1.00 on the Nokia Store.