Physics is fun! No really it is, think of all those pool games, Angry Birds, Worms – they're all physics simulations. Next along in the realm of physics-based action puzzle games is The Marbians HD. You're in control of 'Martians', who have crash landed and you have to bounce them around inside marbles (yes, really) to get them back to their flying saucers. If you like pool games, Martians and the 1950s, then you should read our review. 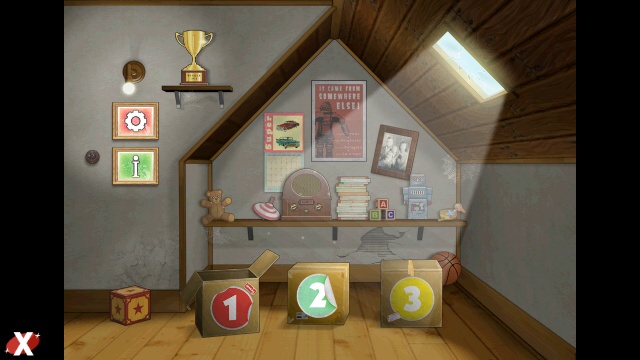 When The Marbians HD loads, it starts with a 1950's B-movie inspired cartoon of flying saucers coming to earth and landing in Roswell New Mexico, 1947. The music matches the era but opts for a pleasant swing tune rather than eerie, like the films that have inspired it.

If you've played pool games before, then you'll be at home playing The Marbians HD. If not, then the idea is that you put your finger on your spherically bound alien friend, and pull in the opposite direction that you want it to be launched. This projects a vector arrow out in the direction it's going to roll, with the length and colour indicating how much force (determined by the radius of your pull) it will be launched with. 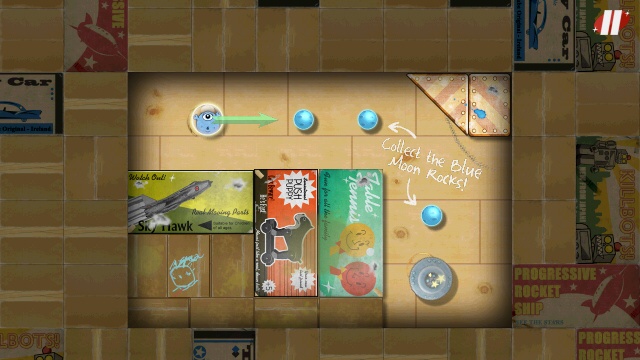 So far, that's just like a pinball game, but your objective here is to get the marble-bound fellow to his flying saucer. Not only that, but on the way there are three moon rocks to pick up on each level – just to make things harder. Our marbles will rebound off surfaces, so to navigate your way round the course of each level, you have to plan out your rebounds – just like a game of American Pool. Of course, it's easier to get to the flying saucer than it is to bounce around all of the moon rocks first, and without running out of momentum – yet another limitation. Things get even more complicated with buttons that have to be hit to open doors, plus moving parts of the environment later on in the game that then require you to hone your sense of timing. 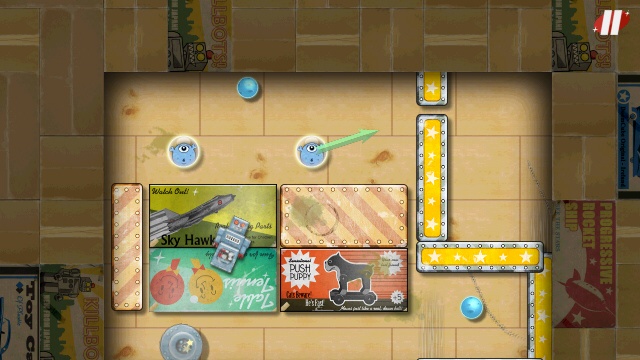 On top of all that, some levels have more than one Marbian, which have to help each other out; either separately or by playing pool with them. Fortunately, only one Marbian has to get to the flying saucer, though. Sometimes you need to put the brakes on a Marbian so that it doesn't get in the way of your next shot. To do this, you need to tap it with your finger. You might assume that touching anywhere on the screen would be enough – but no, you have to get your finger dead on target. This raises the hand-eye skill level even more. 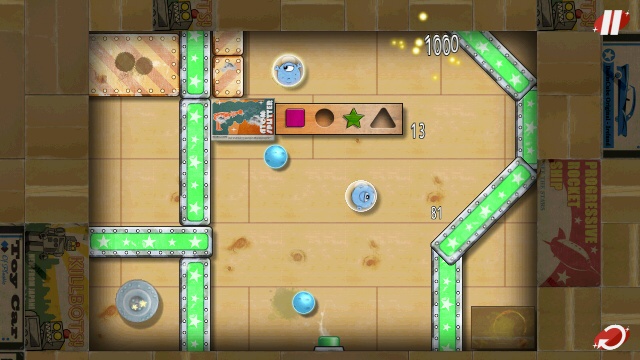 Given the creative style of the game and the responsive gameplay, the ingredients are in place for a highly addictive game. My only concern is that the learning curve might be a little too steep to keep people engaged, as I found myself being stumped in the early levels. The flipside of this, however, is that there's a greater sense of achievement when you do crack a level.

If you don't like to give up on your puzzles without a fight, then this one is worth taking a look at, especially for just £1.50 in the Nokia Store.