As you may recall, I've been trying out a number of Bluetooth speakers, first the Jawbone Jambox (loud, but massive and expensive) and then the Nokia Play 360 (loud, but still big and expensive). And now the budget contender, the SoundWave SW50, at just over 7cm wide/high and costing less than £30, so roughly a quarter the price of the previous two speakers. I tested the SW50 with both my Nokia N8 and N86 from the Symbian world, with my Lumia 800 from the Windows Phone world and with my Android-powered Galaxy Nexus. Summary: it's almost as loud as the two pricier contenders and amazing value for money, with only one caveat.

Somewhat futuristically styled (think UFO!), the SW50 is a neat little accessory, capable of being tucked away in any briefcase or on any shelf. First impressions are of it being cheaply made in plastic, but appearances can be deceptive, as we'll find out. Certainly one clue is gained by spotting the pretty meaty speaker cone that's the SW50's central feature. 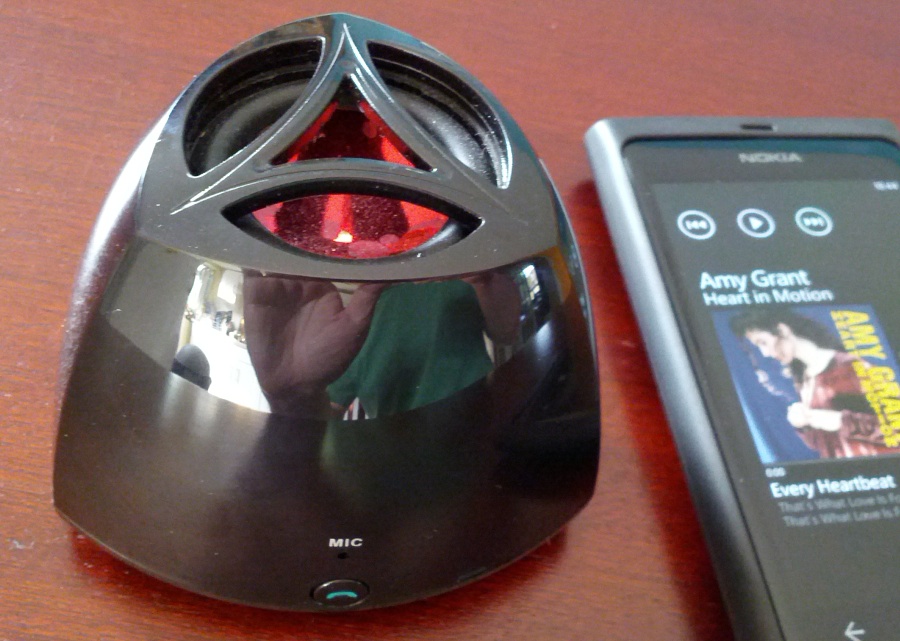 On each side of the triangular SW50 is a port or feature: on/off switch, multifunction button (pairing/call-pickup) and microphone, and miniUSB port (for charging). I'd have preferred microUSB for the latter, but hey, the SW50 comes with a lead and many cameras still use miniUSB, so leads aren't exactly hard to come by.

The exposed speaker cone on the SW50's top adds a certain geek appeal and guarantees unimpeded sound, but has the disadvantage that dust gathers rather easily. I guess it'll depend where you normally keep the speaker when not in use. I found that a sharp blow would dislodge most gathered dust, while speaker operation naturally clears the rest: 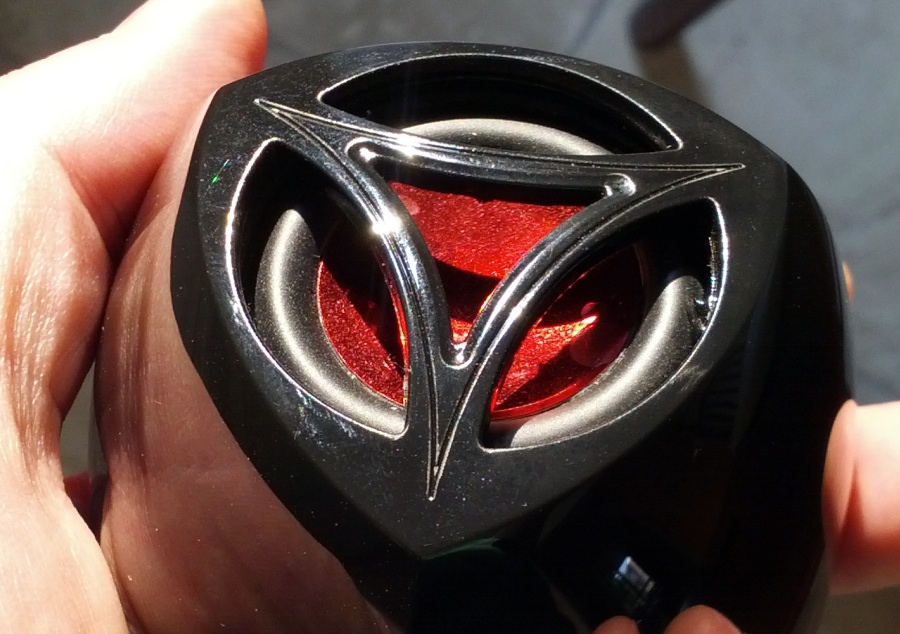 Sound quality is really very good, I'd rate volume and quality as being 75% that of the more expensive units linked above, which is astonishing considering the SW50's size and price. Power output is actually quoted at 2W, roughly the same as the bigger Nokia Play 360.

One clue to the playback quality is found on the accessory's base, showing 'reflex' holes to allow bass frequencies to escape and to 'breathe': 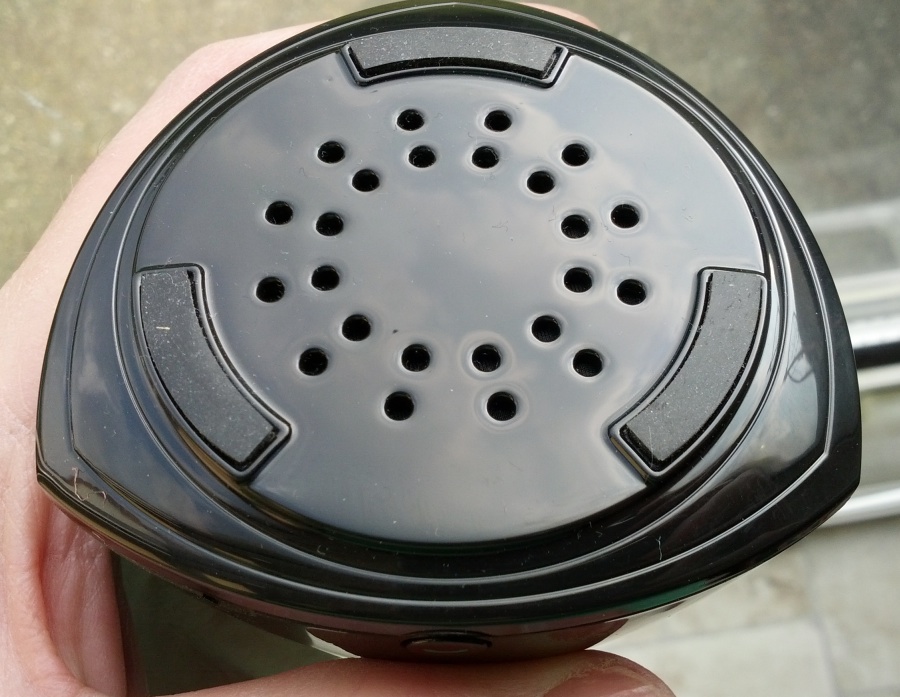 Pairing was a doddle on all the handsets mentioned above, you press and hold the multifunction button until it starts flashing in red and then scan for Bluetooth devices in the phone's Settings. Once found, there's no PIN code to enter - it just works. And, as you might expect, thereafter you only have to turn the speaker on in order to get connected and start streaming audio from your smartphone. Incoming calls can be picked up using the green 'call' button and handled totally hands-free.

The only real caveat I found was on Nokia Symbian^3/Anna/Belle devices - there's a longstanding bug whereby controlling playback volume on a generic (i.e. non-Nokia) Bluetooth accessory just doesn't work. This is nothing to do with the SW50 and indeed volume control worked perfectly from S60 3rd Edition/5th Edition/Belle-FP1, Android and Windows Phone, but I thought I should mention the problem. Playback still happens, but you're stuck at maximum volume!

Unlike the Play 360, the battery's sealed and 'only' 400mAh Li-Poly, though it seemed to do many hours per charge for me.

With most modern smartphones being designed down to a thickness and having speakers which are rather tinny and weedy, the need for a decent Bluetooth speaker is evident more than ever. If pushed, I'd go for the Nokia Play 360 with its industrial design, great output and compatibility, and with the flexibility to be put into a stereo array, but at around £100 it's expensive, doubly so if you buy two. The Jawbone Jambox even more so, starting at £150 or so. Making the SW50 seem even more of a bargain - better still, it's almost in 'impulse buy' territory.

You can see more on the SW50 and purchase it, from Mobile Fun, from their range of Bluetooth speakers.