After our Top Five File Management Apps list, commenters asked us to review the popular Symbian Dropbox application, Dropian. Not wanting to disappoint, we've given it the All About Symbian review treatment. Will its responsive user interface win us over, or will the lack of file selection options turn us off? Read on to find out.

Of all the Dropbox clients I've used, cuteBox has so far been the most useful. So much so, it became part of my workflow for getting Symbian screenshots to my desktop. Therefore, there will inevitably be some comparisons finding their way into this review.

To start with, the developer of Dropian has done a better job of the user interface than cuteBox. Dropian's user interface has perceptively less lag than cuteBox. While cuteBox has a distinct look and feel, Dropian looks much more like a standard file manager, which is good given the context. Dropian has a 'drag to refresh' gesture, which saves digging in the menu to check for changes.

Dropian doesn't store your username and password for Dropbox, instead it uses web-based authentication, which is a more secure way of doing things. However, I ran into a show-stopper which wasn't cleared up until I asked the developer via Twitter for help. It turns out that the authentication system breaks if Web is not your default browser (I was using Opera). 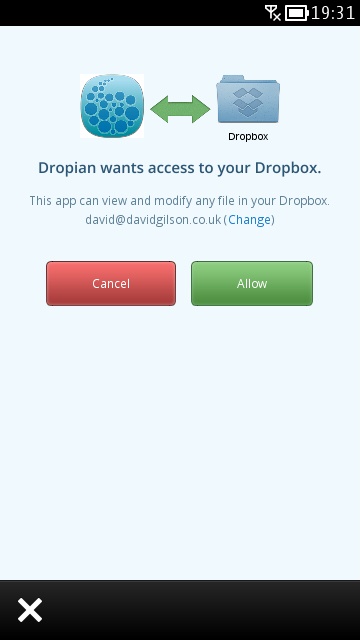 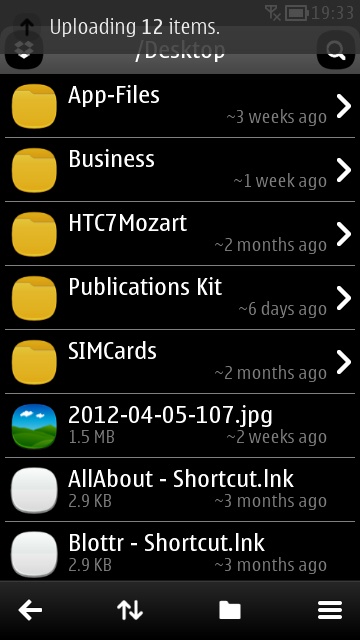 Dropian gracefully handles file transfers, by keeping them in the background, out of your way. If you want to see what's happening then there's a toolbar icon to take you to the transfers list. This is a big contrast to cuteBox, which puts a transfer pop-up on the screen which stops you doing anything else until it completes. There's also an option to show deleted files which is really useful, plus an option to display previous versions of files, but this didn't work for me.

On the subject of transfers, I felt somewhat puzzled when it came to uploading files. After some experimentation, I discovered that uploading was done by exploring my local folders (via the Folder icon), selecting some files, and tapping the 'Up' icon. Once you work it out, it seems a reasonable way to do things, but I wasn't happy that it took me so long to work it out.

Selecting multiple files for upload simply takes a single tap, but there's no thumbnail view for local files. This makes it really tricky to selectively upload images, and is an area where cuteBox does things right. 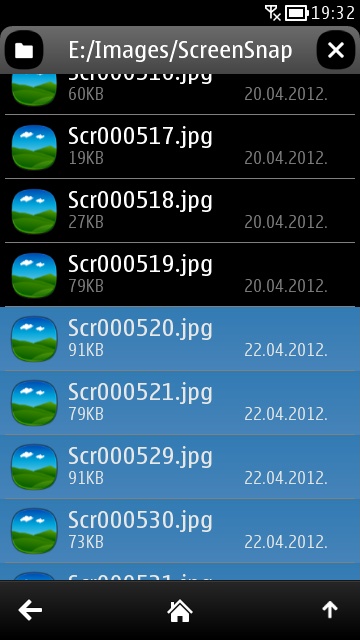 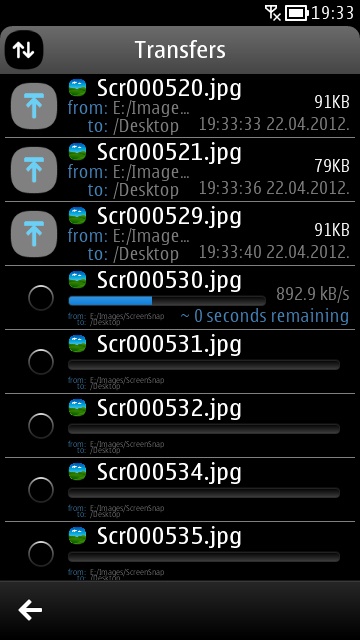 Fortunately, you can view thumbnails of images stored on Dropbox (and even change the size via settings). You can also send images via Email and SMS, but the feature didn't work as slickly as I thought it might. When each function is selected, the image is downloaded and you're automatically sent to the message editor. However, the image isn't attached; you'll have to dig into the gallery to find it instead.

Unfortunately, there's no 'open file' option, you can only download. To open a downloaded file, you have to select it from the (completed) transfers list. Again, this isn't a deal breaker, but I kept feeling like I had to chase down files more than I ideally should have had to. You can move, copy, delete, and preview files (see below). Previewing a file also bumps you out into the web browser, which breaks the user experience somewhat. 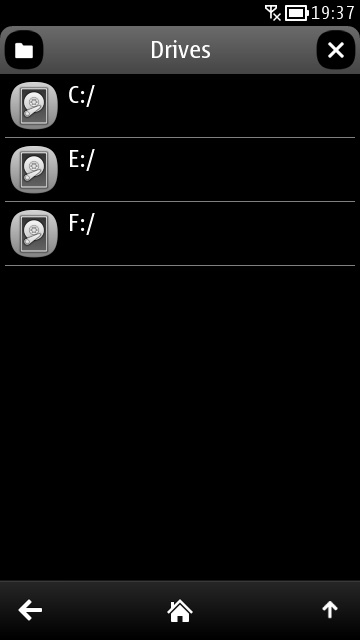 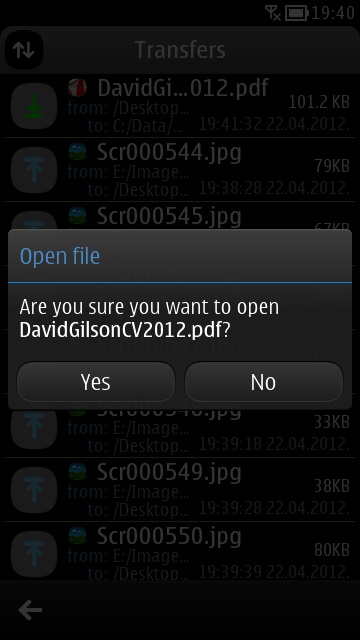 There are plenty of settings to be found in Dropian – I always enjoy some tweakability. You get access to a light or dark theme (cue the 'dark themes are good for AMOLED screens' speech), thumbnail sizes, and a password lock. Additionally, you also have a space meter and the ability to create an email with your Dropbox referral link so you can spam share Dropbox with your friends.

In conclusion, Dropian is a very well made Dropbox client. It's going to be a personal choice as to whether you go for cuteBox or Dropian. Personally, I'm sticking with cuteBox because it's better for uploading multiple review screenshots.

You can get Dropian for free or for £1.00 in the Nokia Store.