Pipe Mania was all the rage when I was young, with the player assembling randomly presented pieces of pipe into a plumbing layout through which water/goo can flow, all against the clock. The time pressure, and the way you never seemed to be given the corner piece you actually needed, combined to make Pipe Mania addictive and frustrating in equal measures. BR Pipes Qt Free is the latest implementation of the idea for Symbian and it's nicely done. And very, very hard. We're talking blood vessel popping hard.

Despite the name, there doesn't yet seem to be a version of BR Pipes Qt without the 'Free' addendum - so you'll have to put up with occasional interstitial adverts here. Not a huge problem and, if anything, the ads give you a 10 second break between brain-draining levels, in order to recover. One nice touch, that I hadn't seen before, is that you're asked your age and sex right at the start, so that the ads presented are appropriate.

Somewhat over-complicating the genre, there are four different types of level and four different game modes. Still, I suppose there's a favourite mode for everyone here. The points system is complicated too, and not really explained anywhere within the game, though you get more points for more complicated pipe structures and, apparently, more points for consecutive stretches of pipe portions of the same colour (if playing the 'colors' level type. 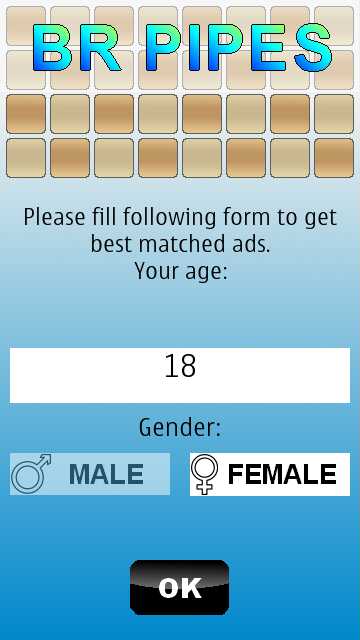 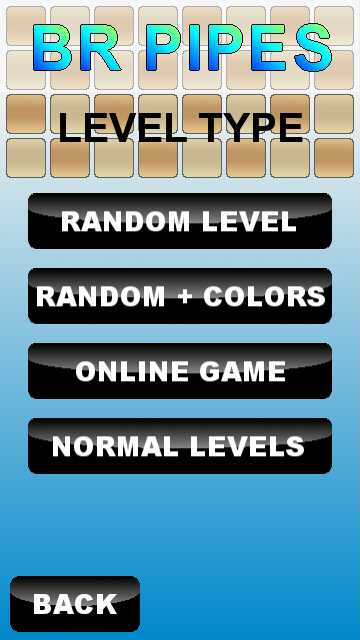 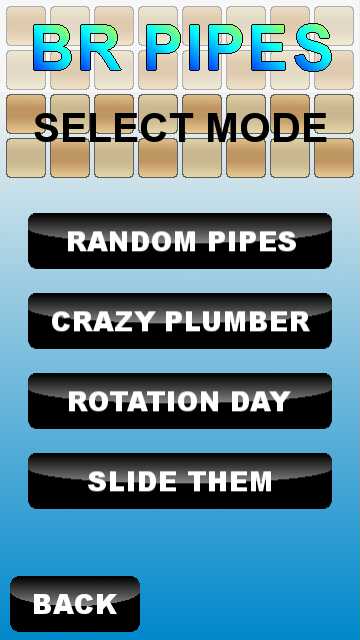 Don't worry, you'll soon get the hang of it. The splendidly named modes consist of: 'Random pipes' - the traditional Pipe Mania game, where you have to assign locations to a stream of random bit of pipe; 'Crazy Plumber' sees you starting with all the bits you need to make up a level-winning points score, but all scrambled up - each piece will need tapping and moving as needed; 'Rotation Day' sees the playing field filled with pipe pieces and each tap rotates the appropriate piece - somehow there's a water/goo path here to be found; 'Slide them' is the hardest mode and here whole strips of pipe segments are slid around as one, possibly messing up previous constructions - tricky!

Of note is that you can't just get the water/goo flowing seamlessly, with no leaks, to clear a level - you also have to amass enough points, which means making your plumbing paths as long and as complicated as possible - so we're talking intersections and loops. And all, as I say, against the clock, with ever less time to construct your pipe before the liquid starts flowing as the level number creeeps up. 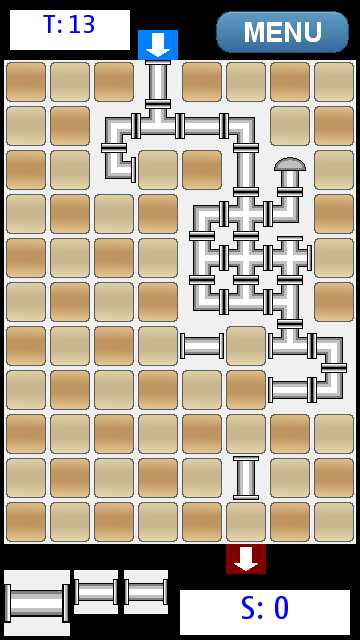 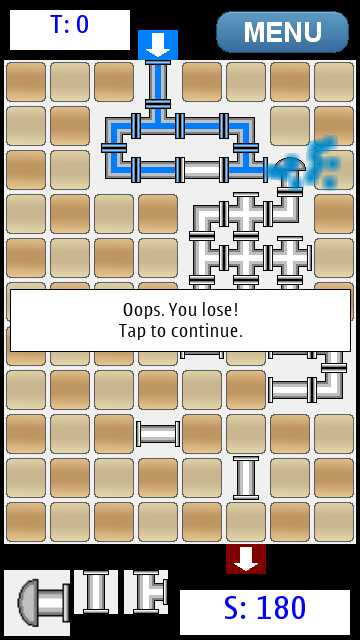 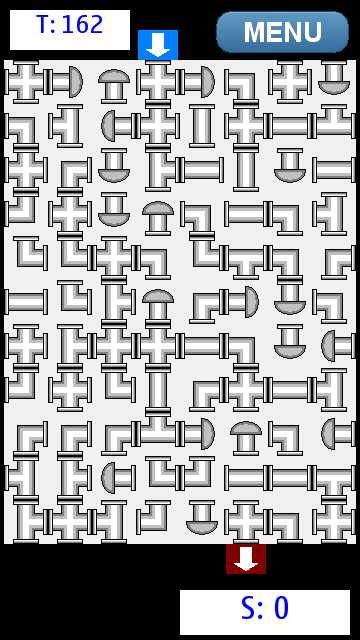 One minor disappointment is that you can't carry on laying bits of pipe once the water/goo has started - one of the funnest parts of the original game was laying some last minute 'just in time' pieces just before the liquid hit! Ah well, you can't have everything - and there are certainly enough variations here to keep most puzzlers happy.

Although there's an 'Online' facility, where you're supposed to get the same set of pipe pieces as an opponent, there was noone available at the server end when I tried. Early days for the game, I guess?

Pipe fans can do a lot worse than BR Pipes Qt - just play this free version until a commercial ad-less version appears. And note that there's at least one other game in the same genre for Symbian, Traintiles - watch out for a review of this very soon.