There's a lot that can go wrong when you write a karting game, the shadow of Mario Kart is very long, but the conventions have been set by many titles. So Shrek Kart HD needs to fit in with those, work well, and make itself attractive to the end user. Gameloft manages to achieve all that, but does it scale the dizzy heights of a classic? Nope, but it's still worthwhile. Here's why...

Shrek Kart HD opens up with a cut scene, some glorious animation and voice over that sets up the plot - it's not much of a plot to be fair. There's going to be a lot of racing in the fairy kingdom and you'll want to do your best to win. The cut scene reeks of quality and makes you appreciate that this isn't a slap-dash cash-in on a brand name. 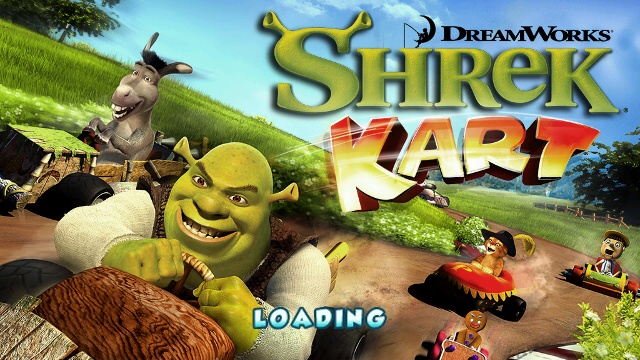 In addition we have splash screens, colourful menus, with lots of characters from the Dreamworks franchise, funky music and easy to navigate menus. It's clear that this is a game that you'll want to love. Thankfully, the main bit of the game, the karting, is up to speed as well.

There's nothing revolutionary to the world of karting games in this game, but everything is polished, works as expected, and Gameloft haven't made any mistakes in bringing it to Symbian.

The obvious control mechanism is to use the accelerometer for the steering, which allows for a fine grain of control over your buggy as you drive the various comical courses. You can switch this over to use two touch sensitive areas of the screen for steering left and right. To be honest though, you get the best from the game by having small and subtle inputs as well as big drifting turns. Bonus points to the designers for including an obvious sensitivity slider in the control set up screen as well. 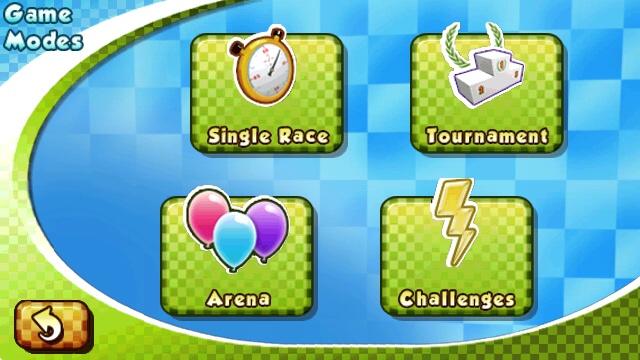 The three other controls that are by now part of the genre are here - namely a brake, jump, and drift. The first two are again in areas of the touchscreen, while triggering a drift is a matter of tapping the brake as you start to turn into a corner - balancing the drift to get the most speed with sharp turning is where the accelerometer powered steering shows its worth over the direct digital controls.

It does feel a bit coarse compared to Mario Kart on the DS, but more tuned than ModNation Racers on the PSP. It's a design choice, and I know that it's going to be different to others and needs a bit of practice. That's fine, it adds to the game. 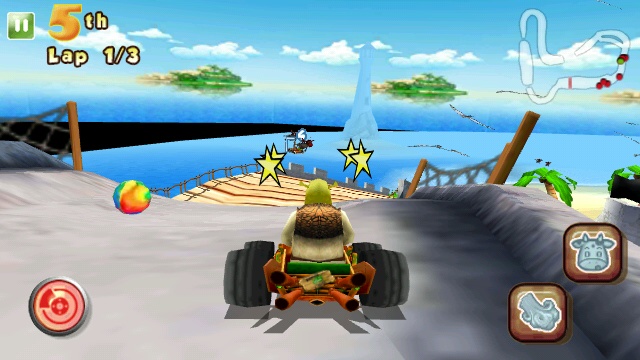 Playing the game is like everything else - you can go for a single race to fill a few moments, string together some races in a tournament style challenge to be the best driver over the courses, or go for the challenges to advance through the game. As you advance, more karts and characters are available to you, and making the best use of them and their super power will be key to winning later races. For example, Shrek can comically break wind which acts as a turbo boost! (That's your excuse! - Ed) These powers are fixed to each character, and while you don't have to pick up anything to use them, they take time to recharge - so watch for the icon to light up on the screen signifying they are ready. It's next to the icon that shows which power ups you've collected.

There is a lot of deja-vu here - speed up pads to get you through the course with a bit of a boost, weapon pick-ups (offense and defence) to interfere with your opponents, and you also have "rubber band" on show as well.

For those of you not familiar with "rubber band", it's an AI modification that gives you better power-ups if you are losing, but if you are wining, the other karts get to travel faster, have more power, and generally will act more aggressively to you. It's used a lot, and while the purist might think it a touch unfair, this is a karting game, not a racing game, so it's the way things are done. 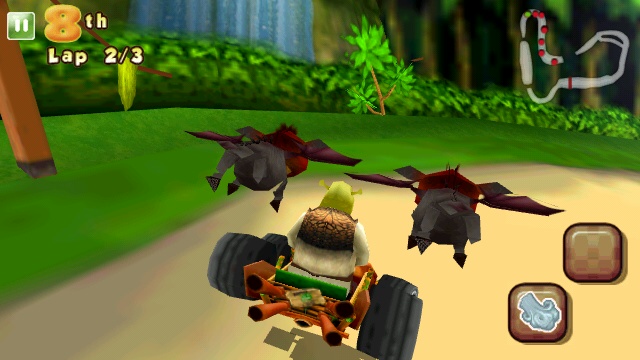 Visually, Shrek Kart HD has it nailed. A high frame rate, recognisable characters and scenery from the films, and a good set of controls. While it might feel a little bit formulaic and stale to hardcore gamers, it does what it sets out to do very well and doesn't make any mistakes. Some might take issue that nothing is genuinely outstanding, but this gets a recommendation as a good karting game for Symbian.