I love games that come from a very simple concept, games that add in a little something devious from the author, and then get stuck on my smartphone. Word Find, from Grovr, joins that list. Presenting you with a 4x4 grid of single letters, you are challenged to find all the words you can make. The only twist is that you need to trace an uninterrupted path from letter to letter.

Seriously that's it. No time limits, no power up blocks, no score multipliers, not even a score.

That's nice sometimes. A straightforward concept, just tap the letters to make each word, and hit enter on each. If it's legal ('outwith' is a word!) then it gets added to the list of found words, and you're one closer to finding all the words in the grid. Teasingly, you are given the total number available, but no other help is available.

Not that Word Find no has issues, but from a new developer that's not surprising. With basic buttons for menu functions, flat colours, and very little polish, it is not an attractive proposition, but that can easily be fixed in the next iteration of the application. 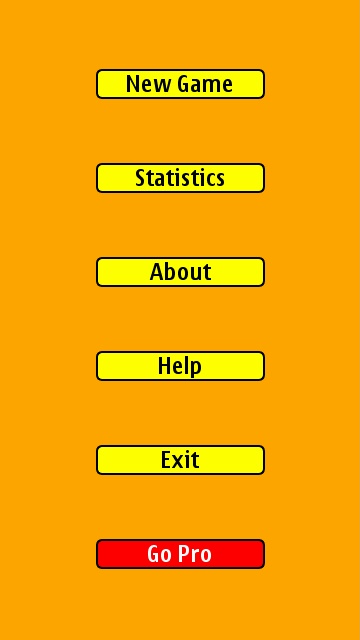 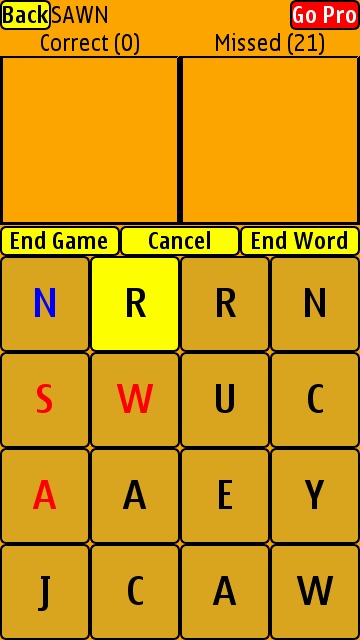 Perhaps a little more worrying is that returning to the main menu from the game does not save your progress. If you hit 'Back' by mistake and then go back to the game, you get a new grid with no found words listed. Any destructive keypress like this needs either a confirmation dialog or the ability to save the game state.

It's also not an easy game, at least for me. I'm more a numbers puzzle man myself, so that makes the difficulty level a little higher than possibly planned. At times like this, I'd love to have a choice of skill levels - nobody would know I've dropped down to 'medium'. Given the nature of the grids and knowing how many are in each collection, and perhaps a letter frequency chart, you could rate each grid for difficulty. As it is, I can keep calling up new grids till I find one I like. 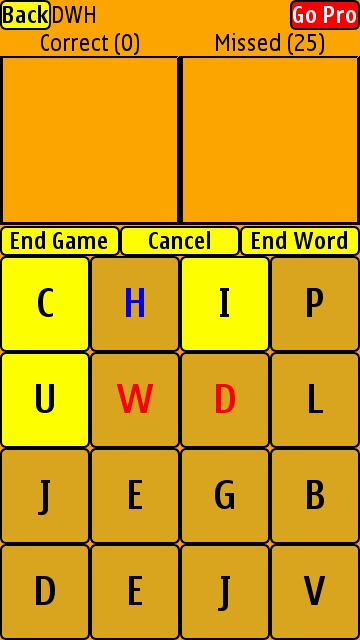 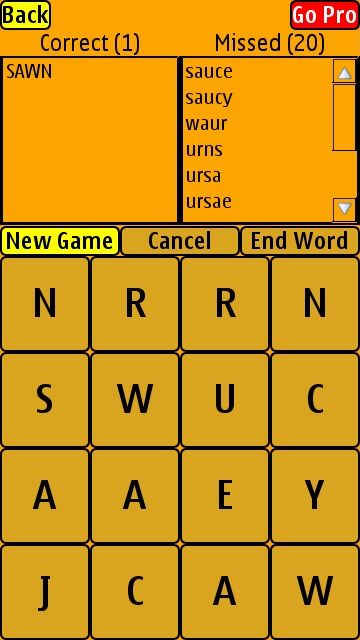 This might be a useful workaround in the paid for 'Pro' version of the application, but for the free trial, which is limited to four grids of letters, you can't just refresh the grid like this. The hardcore gamer in me says tough, that's how it should be, but games need a casual appeal, and the lite version might lose some sales on this side, but gain them from more people upgrading - the rule of thumb that games need to be restrictive as possible to get the maximum conversions to a full app is in evidence here. But perhaps my grids didn't need to be chock full of 'x's and 'z's, and 'q's with no 'u's...

Does Word Find need a bit of a UI polish? I think so. But what it doesn't need is any changes to the gameplay. Yes it's hard, but you can still have the sense of accomplishment even if you just get half the words in a grid. When the mechanics are there, it's far easier to give the graphics and screens a spruce up than the other way around.

Definitely a title to watch out for, both now and in the future. I look forward to seeing how this improves with age.