Despite having been around as a photographic technique for years, HDR (High Dynamic Range) photos shot into mobile geek consciousness last year when Apple added HDR creation to the camera software on the iPhone 4. HDR Photo Camera is a Qt application for Symbian^3 handsets that aims to give similar HDR photo creation capability. The trouble is that, despite the best intentions, this application tries to do everything in software and ends up being a victim of its own limitations.

The idea of HDR is simple. Say you're shooting an outdoor scene and there are wildly differing light levels: bright sky, a building with details partly in shadow, and some foreground subject matter, such as a dog, a friend or (as here) a steam train or two. How is the auto-exposure software in your phone's camera to know what to do?

Now, as something of a self-confessed phone camera geek, I know that by adjusting the framing, focussing and exposing, and then re-framing again, I can expose for the detail I most want to bring out and then accept that other parts of the image may be 'blown out' or too dark. Wouldn't it be better, though, to have each part of the image exposed perfectly, so that all elements in your photo could be seen to best effect?

That's the goal of HDR photography. Essentially, the software takes three photographs, one after the other (about one per second on my N8), one with lower than usual exposure, one with higher, and one with normal exposure (this is often called 'bracketing'). Special algorithms are applied, in many ways analagous to the EDoF calculations done in the cameras of many new Symbian^3 phones, to analyse the three images and produced an optimised 'best' photo, i.e. one with 'High Dynamic Range'.

Which is, essentially, what HDR Photo Camera, at a whopping £8 in the Ovi Store, attempts to do. It's claimed to be optimised for the Nokia N8, so that's what I was trying it on.

Start the app and you get a viewfinder, as expected. Find a suitable subject, take aim and press the shutter button. Oops. No, don't do that, the shutter button still starts up the N8's camera application. So you exit this and then find HDR Photo Camera popping up a barrage of Qt error messages about the camera not being available. Surely the shutter button can be captured in Qt? One for the developer to look into, methinks. 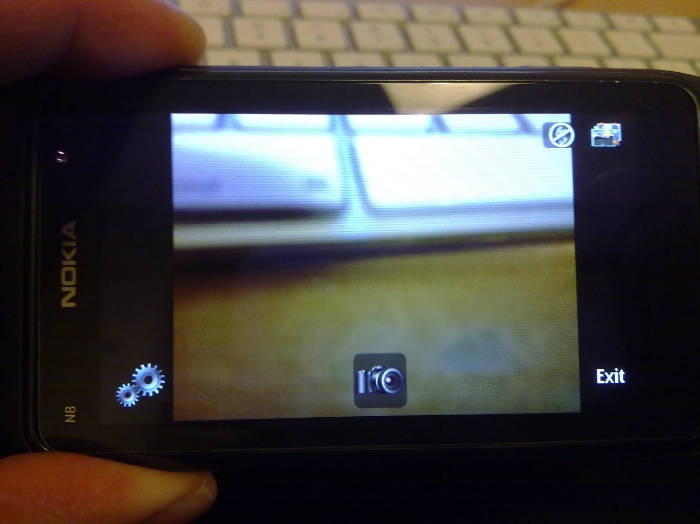 Take two. Start the app again, take aim and tap the on-screen camera icon. A green progress bar shoots across the top of the screen in a couple of seconds, showing the three 'bracketing' images being captured. There's then about a minute of processing time, with further progress bars creeping along the middle of the screen, keeping you informed about what HDR Photo Camera is up to ("Converting...", "Fusing..." etc.)

Following which you should now have an HDR photo in your Photos application on the phone. The raw images and the optimised ones are all held in a subfolder within \Images on your mass memory or memory card, helpfully, so you can find them later without getting bogged down amongst normal captured photos.

Before continuing, do you want the good news or the bad news? Best go for good, since there's quite a lot of the latter.

The good news: HDR Photo Camera does what it claims to do and produces images which can have higher dynamic range than you'd get from the raw Camera application. Here's an example of an N8-shot image: 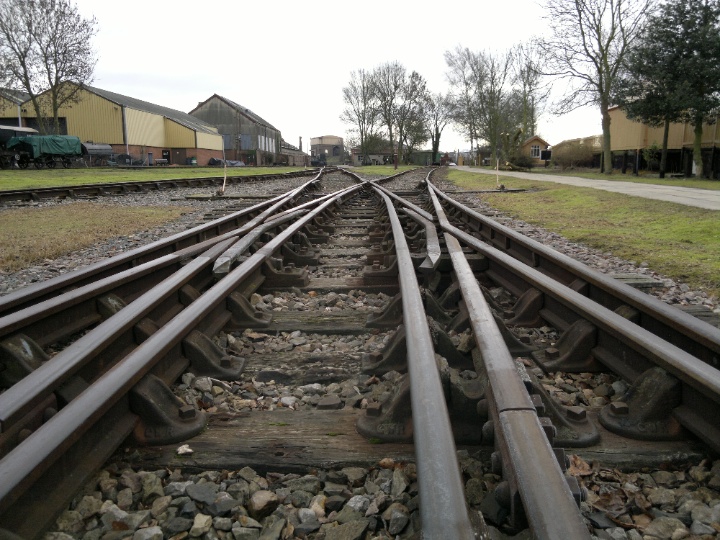 And here's the same shot, but taken with HDR Photo Camera: 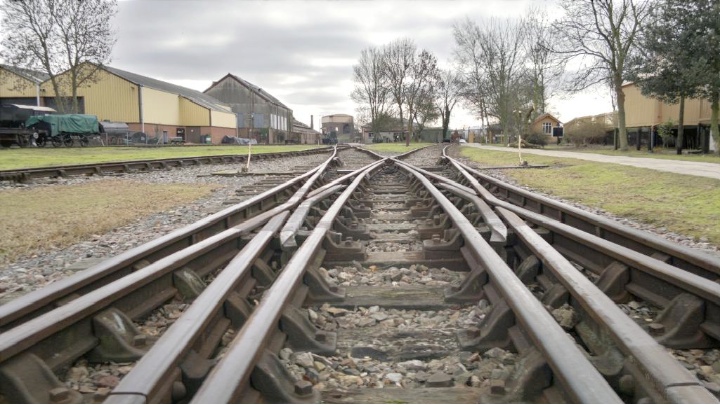 Notice the way the sky now has detail - this will have been captured on the lowest exposed bracketing shot and is the most obvious tell tale sign that HDR has been successfully applied.

Unfortunately, and this is where the bad news starts to kick in, the image is worse in other ways:

There's another problem though, in that HDR image techniques might well bump up attributes in lesser cameras, but those in many of Nokia's phones are already pretty darned good. Top of this list is the N8 itself, of course, ironically, the one device that Intellsys claim to have optimised their application for. But the N8's photos are already stellar. How on earth is a little low resolution, unfocussed trickery going to improve matters?

To illustrate what I mean, here's an N8 shot in weak winter sunshine. Beautifully exposed and focussed at a full 12 megapixels. But then this is the N8 and it utterly rocks in the camera department: 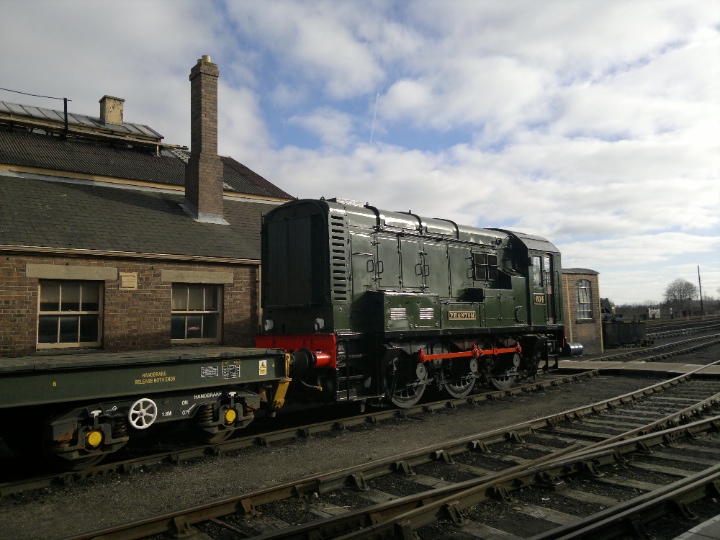 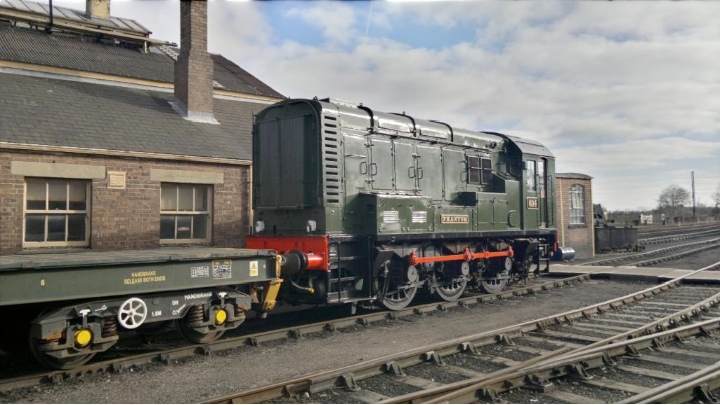 It's sadly rather obvious to even the untrained eye that the HDR version looks washed out and has lower contrast. Plus the other attributes of lack of focus and only half a megapixel in resolution

Here's another example, of a rather impressive gold steam train that I wanted to capture for posterity, but sadly only had the HDR version of. (I'll have to back and take raw N8 photos next time, I think....) 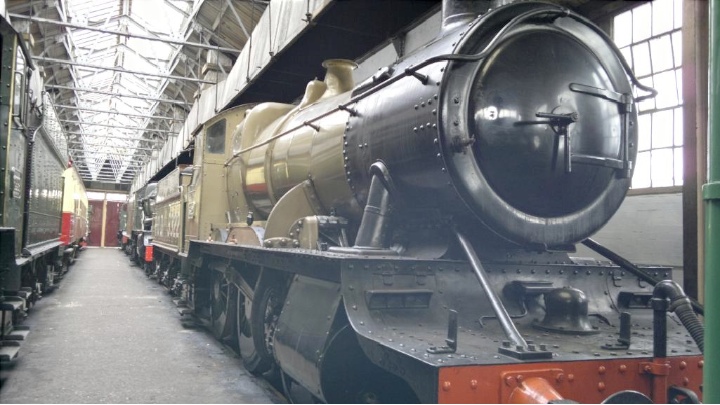 Again, the lack of focus and washed out nature, added to the low resolution, makes this look like something snapped on the Nokia 7650 or 3650 back in 2004.

You'll be wondering at this point why I've given HDR Photo Camera a score of 62% - surely it should be down in the low 20s? The answer is that there's a second string to the application's bow. Have a look at the 'Settings' menu, shown below: 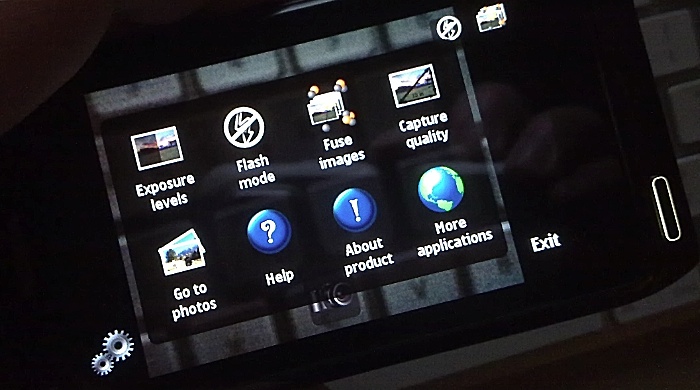 In addition to being able to set exposure levels (the degree to which each shot is bracketed - though you'd have to be an HDR expert to know how to fiddle with these), a completely pointless 'flash' option (remember there's no focussing, so you'll never be shooting close-up objects anyway), and various miscellany, there are the options to turn off the 'fusing' of images and to adjust capture quality. 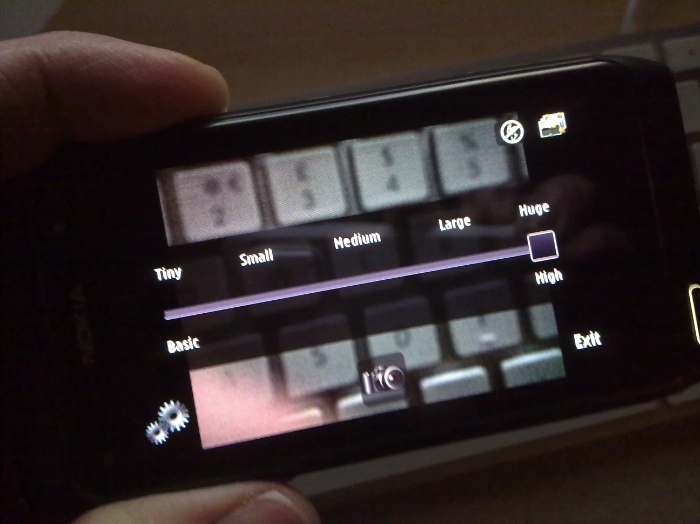 With the latter set to 'Huge' (i.e. 12 megapixels) and with fusing turned off, HDR Photo Camera then becomes a utility to take three bracketed full resolution photos one after the other. Although you could do this manually by stopping after each photo and fiddling with the exposure  controls, it would be very tiresome and you'd also be very unlikely to get the same framing for each. Or indeed the same focussing.

Now, the three bracketed 12mp images couldn't be HDR 'fused' on the phone using software alone - though I suspect that rewriting the utility to use the N8's GPU might help. The idea would be to use dedicated HDR fusing software on the desktop to create the final HDR image later. Intellsys do promise a such a desktop utility in 'early 2011' on its extremely underdeveloped web site, but it's not here yet.

Creating sets of bracketed 12mp images are thus HDR Photo Camera's only real and valid (though niche) use at the moment, and even then you'll have to research your own Windows, Mac or Linux photo-fusing software if you want to create HDR images of any worth today. Maybe that can be a tutorial for another day.

In short then, it's very early days for HDR Photo Camera. Better use of the Symbian^3 phone graphics processor is needed, higher resolution is needed for on-phone fusing, a degree of pre-focussing is needed for images, the desktop utility needs to be released, I could go on...

I've taken an early look at this application because of my own camera-centric 'focus' here on AAS and because it has been released as a commercial application and therefore deserved to be judged as such (it's overpriced at £8 for what it does), but I'm happy to re-review it in 6 months time if it gets developed to any degree.