It’s rare to have a genuinely new game on any platform, let alone one that’s just launched. What you need is to give out an air of confidence in the platform by getting in comfortable names that people recognise, to say that this platform can handle the titles that every one expects to see. And that’s what Sims 3 HD on the N8 is. But does it live up to expectations? Just about! 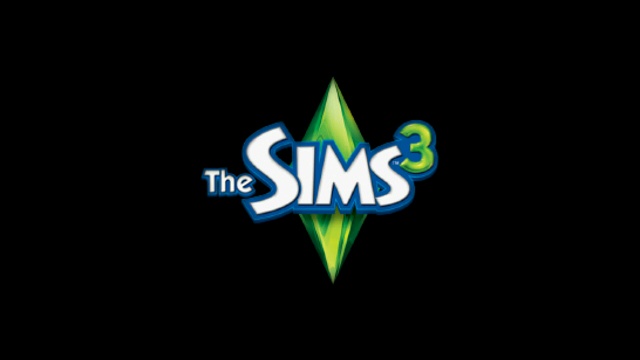 There are two main parts to this interview – the gameplay and the graphics/user interface. Gameplay is exactly the same as Sims 3, already available as a Java version in the Ovi Store for 3rd and 5th Edition devices (it was also tweaked to be a Next Gen N-Gage version). What’s changed is the graphics chip and extra horsepower available under the Symbian^3 devices – which means that, rather than the limited isometric view that was on display in older handsets, the title now opens up to a much richer and textured environment. 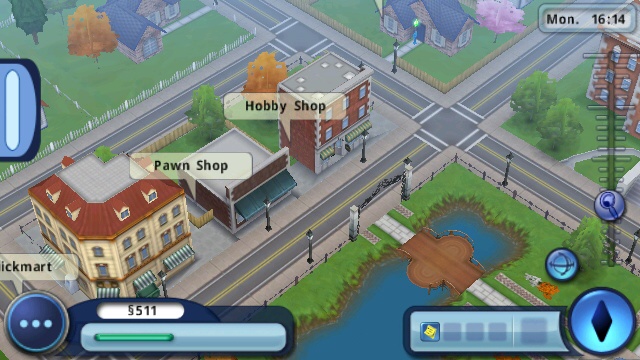 It might still be an isometric layout, but now the richness of the graphics are comparable to the PC version of the title. By simply having sharper graphics that are more in tune with the console and desktop versions of the game, the Sims 3 HD feels fresher and more in tune with the modern gaming world. You would not be ashamed to show this version in public – unlike the Java flavour previously reviewed.

Here’s the weird thing though. Back in that review of Sims 3, I questioned the controls – relying on cursor control to navigate the game seemed a poor choice then and rather limiting. Now it’s opened up to using touch in this native code version, I find myself bouncing around the screen and tapping on various areas to see what works and what doesn’t. Part of me is ready to admit that the cursor pad controls weren’t that bad, and were more suited for a one handed gaming session while on the move. 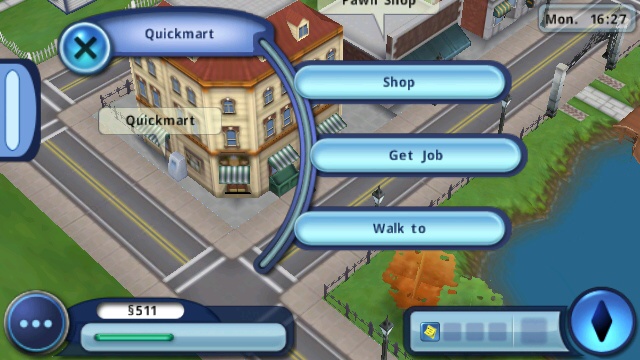 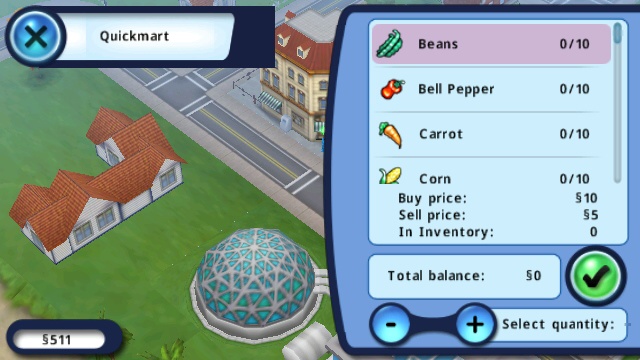 But here we are in the brave new world of touchscreen gameplay, so lets make the most of it. It does take some time to work out how to interact with your Sim as he or she goes about the town, meeting all the other residents, picking up food and drink, planting seeds, going to work, making money, and generally enjoying life.

In all of that, you have to keep your status bar in the green. These represent the attributes of your Sim from how hungry or thirsty they are, to how clean they are, how empty their bladder is, how happy they are… generally how well they feel life is at that moment in time. A lot of your day will be spent making sure these all stay in the green. Let them drop too far and you won’t be able to do anything else until you address any issue. 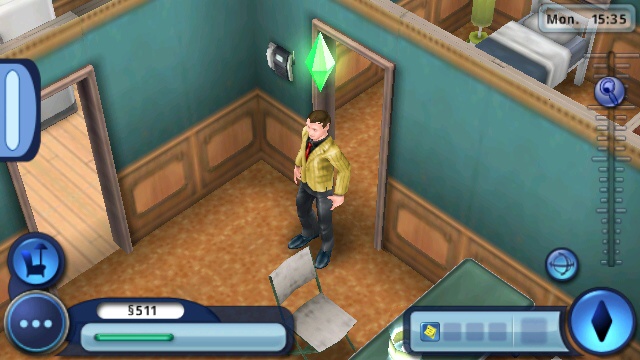 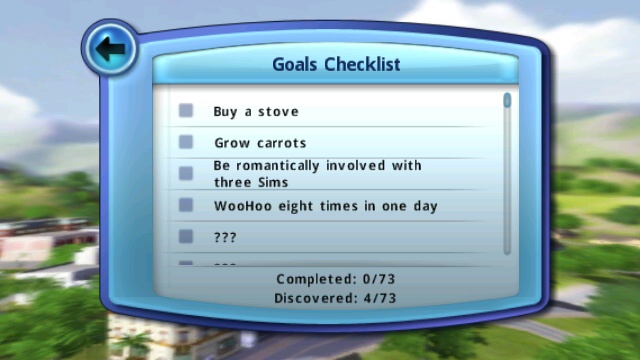 Of course, if you haven't planned around these issues (making sure you have food in the house, being close to your bed at night time, and so on) you’re going to have the sort of problems that make The Sims 3 such a fun game to be involved in.

Sims 3 HD is not an open ended mobile game, there will come a point after two or three weeks of play when you have found all the goals and challenges that your Sim needs to do, you’ll have met everyone in the city. While it’s the end of that game, it’s not the end of Sims 3 HD. 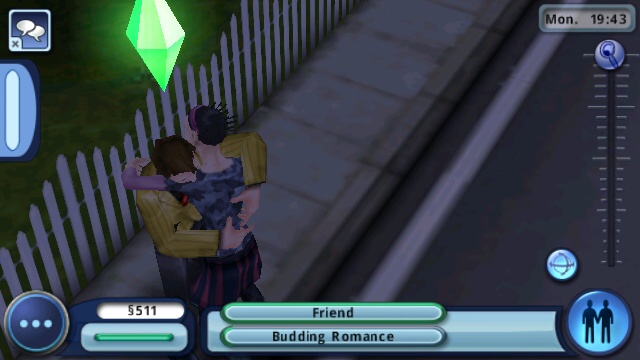 Because you just create another character with different traits and skill. You might play the first game as the girl next door everyone loves but can you manage to thrive as a sleazeball hustler, or an old batty granny who forgets everyone, or the loner who shuns everyone in society? It’s this role-playing instinct to try again with someone different that offers the long term success of the game on your phone. 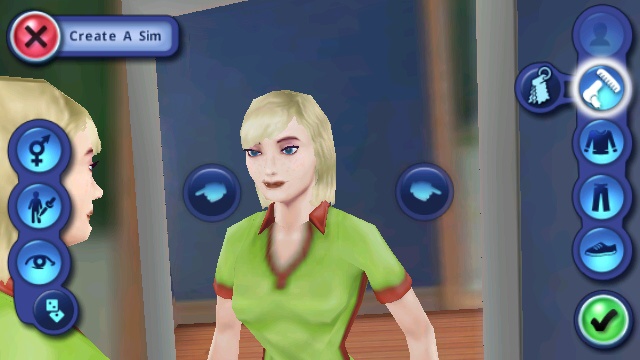