It's started - the Nokia Store client payload for the Opera transition...

I covered, last last year an update to the Nokia Store client that came without a changelog but which contained a payload destined to kick into action when commanded to, in this case to start warning users that the Nokia Store is closing and that in future the client itself will just forward users to the Opera Store mobile web site. Screenshot proof below.

From my earlier story:

Talk about scurrying off to dig out source code and update it - the Nokia Store, for most Symbian phones, just got itself an update and you almost picture the scene at Microsoft, which has inherited Nokia's old Symbian resources and systems - Opera Software has been announced to take over the running of a software store for Symbian, but there needs to be a foolproof way for users to know about the transition (such as it is). And so we see an update for the Nokia Store client for most devices today (screenshots below), with no apparent changes or fixes but my guess is that there's almost certainly a switch now built-in that can be activated when needed in 'early 2015' to prompt the installation of the replacement Opera Mobile Store.

As of today, anyone going into the Nokia Store client on their Symbian smartphone will see: 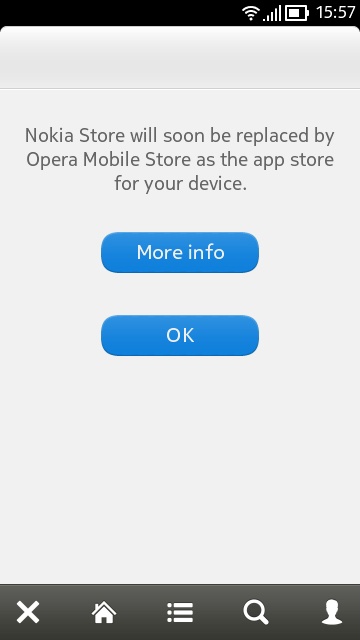 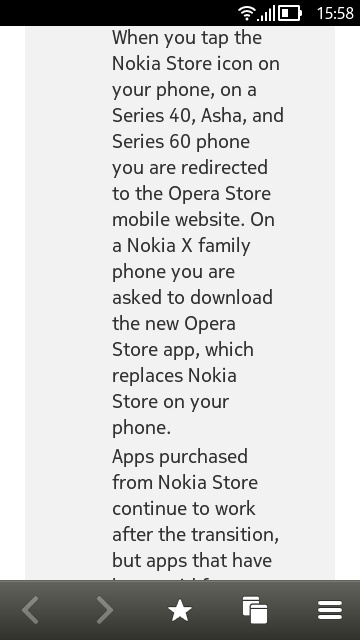 It remains to be seen whether anyone will head over to the Opera Store - in terms of ecosystem breaks this is a pretty big one. Mind you, surely every Symbian user already has every application that's available that they're interested in, and it's not as if installed apps will suddenly stop working.